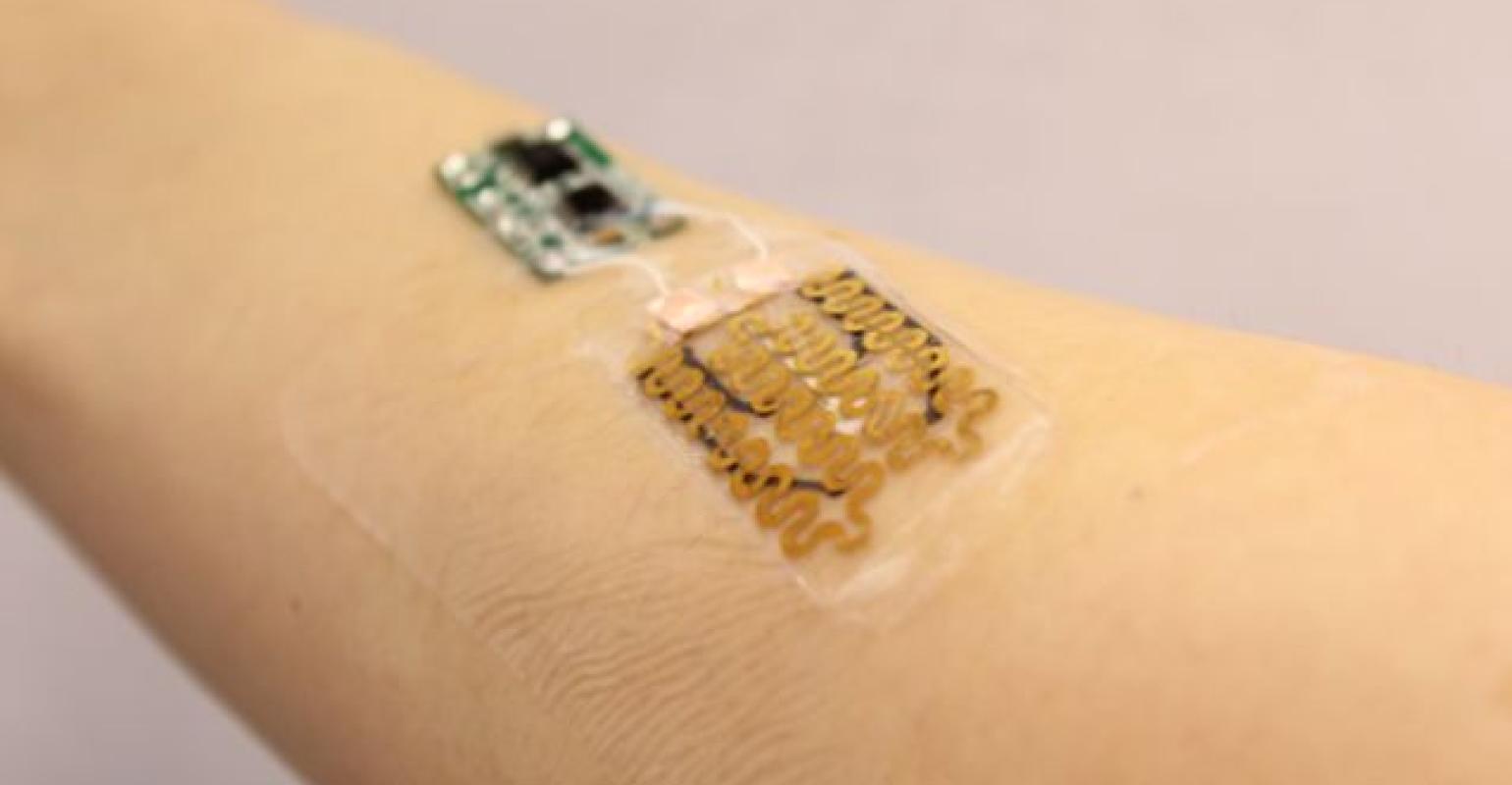 If Wounds Could Talk

Researchers are working to bring the power of flexible electronics to wound care.

Medical technology has made inroads in collecting data about health status that were considered impossible just a few short years ago. Automatic recording of data from things such as heart rate to glucose levels can be determined, stored, and transmitted with nearly seamless ease.

One of the medical industry's most vexing problems, however – the monitoring and care of wounds – has remained stuck in practices that go back to antiquity. Wounds must be treated and dressed at regular intervals. Those dressings must be checked visually and treatment plans altered as necessary.

Studies on the cost of wound care range from nearly $30 billion up to $90 billion annually in the United States alone. Of course, beyond the economic cost of this care, one can add misery and morbidity caused by the inherent inefficiencies of a care model that depends on a visual evaluation that may or may not be done in a timely manner.

Researchers at Tufts and Florida International universities are closing in on changing that, however. Basic research into flexible electronics and sensors able to detect common wound markers such as pH, temperature, and chemical composition of liquids secreted by wounds is close to clinical trials.

“Flexible electronics have made many wearable medical devices possible, but bandages have changed little since the beginnings of medicine,” Sameer Sonkusale, a professor of electrical and computer engineering and corresponding author of the study from the Tufts team, said in a release announcing his colleagues' work. “We are simply applying modern technology to an ancient art in the hopes of improving outcomes for an intractable problem.”

Empirical information about wound status is something many patients would like to have, and sensor-equipped bandages should be able to supply it, according to Shekhar Bhansali, professor and chair of FIU’s Department of Electrical and Computer Engineering – “They just can't get it right now.”

Years of Research Paying Off

The roots of Sonkusale's and Bhansali's research go back nearly a decade, and they have taken complementary approaches to designing the bio-electronics in their smart bandages: Sonkusale's team measured pH and temperature around a wound in their recently completed work, while Bhansali's team has designed sensors that detect uric acid levels.

Each told MD+DI that they had overcome numerous fundamental obstacles and had to think of new ways to employ widely accepted engineering principles.

“If you take a plastic or silicon base, liquid stays where it is supposed to stay,” Bhansali said. “It's not going anywhere. In a wound environment, it goes everywhere, so how do you control it?  You don't want to do anything that will interfere with that wound. You can't make a first layer sensor, because you don't want any new material touching the wound. But you need to know which layer the sensor needs to be on so the liquid hits the sensor. Everybody is different and the progression of every wound is different."

“Typically when you do the chemistry of a wound, it is done on a bench top in a lab at 74 or 75 degrees Fahrenheit,” Bhansali said. “When you try to do it on the body, you are looking at 90 degrees-plus. So if you are taking something very stable at 74 and ratchet the temperature up, how stable is it going to be, will it still work? Everything you knew becomes a new question.”

Sonkusale said his team needed to re-think the construction of their bandage. While the original design called for the entire item to be stacked atop the wound, they eventually moved the electronics off the bandage itself, to eliminate any possibility of toxicity.

Both researchers also noted they need to pay attention to designing a bandage that will be economically feasible.

"You have to make sure the extra cost to the sensor is low enough that people will use it," Bhansali said. "So what we are looking at is reusable electronics but making the dressing with the sensor in it disposable."

Sonkusale's bandage not only records wound status but is also capable of eluting small doses of drugs on the wound site.

"It wirelessly transmits the wound information to the patient or caregiver, whoever should be notified," he said. "There is also an onboard module a doctor can program to release drugs in response to what the wound is doing. Part of the treatment plan is inside that module. And if the situation of a wound worsens I am sure it can be programmed to emit an alert, with information about biomarkers that are out of normal range."

Though both projects are still not ready to begin formal clinical trials, both researchers also say their work has been noticed by industry players looking to reduce that multi-billion dollar price tag for wound care.

"I can't name the industry, but I've had some calls from a big biomed company that wants to make a few hundred sensors for us for a different application," Bhansali said. "We've been looking at different ways to advance the ideas. I can see throughout the industry very clearly — everybody has an angle on it."