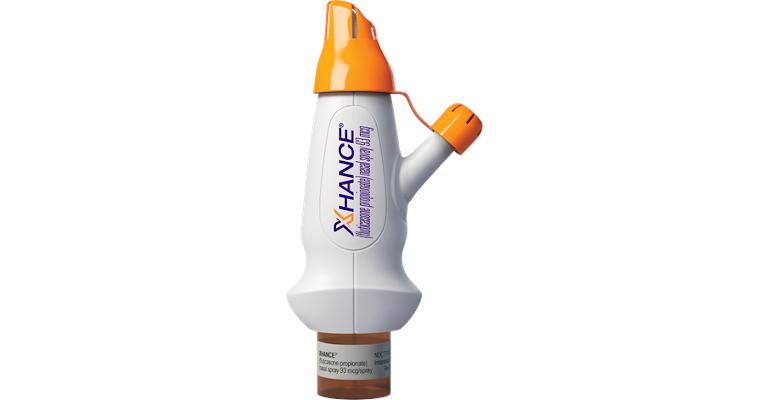 The breath-powered device delivers a standard drug deep into the nasal cavity for a clinically different product.

About 30 million Americans suffer from chronic rhinosinusitis, Ramy Mahmoud, M.D., tells MD+DI, and the condition “causes a lot of distress and impairment,” he said. About 10 million of these patients have nasal polyps and use nasal corticosteroid sprays for relief. Many patients remain symptomatic, however, and they often turn to injections or even surgery, explained Mahmoud, who serves as president of Optinose.

A system from Optinose for delivering those corticosteroids deep in the nasal cavity may enable an effective next-step treatment option before injections or surgery, according to a recent study. The system is U.S. FDA approved for the treatment of nasal polyps in patients 18 years of age or older and is marketed with fluticasone in the new delivery system under the trade name XHANCE. Published in the International Forum of Allergy & Rhinology, the journal of the American Rhinologic Society, "Efficacy of the exhalation delivery system with fluticasone (EDS-FLU) in patients who remain symptomatic on standard nasal steroid sprays" shares data that XHANCE offers a step to care that enables improvement.

“This isn’t just another delivery device,” said Mahmoud. “We are looking at something clinically different because of the delivery device technology.”

He explains that “the nose is just the ‘tip of the iceberg’—most of the nasal cavity is deep in the skull, beneath the eyes. It is a convoluted labyrinth of passages that gets inflamed and creates a lot of symptoms.” Some of this inflammation “is much higher up” in the cavity, he added.

“Most inhaled nasal drugs don’t reach these areas, and some of them get into the throat,” he continued. “We need to be able to take the steroid and put it into new areas.”

Optinose has developed the device to get medicine “much farther back and up,” explained Mahmoud. It features a “mouthpiece that the patient blows into and a nosepiece that seals to one side of the nose. When the patient blows into it, it elevates and seals the soft palate, which isolates the nasal cavity from the oral cavity. The medication is introduced during that breath, and it can’t exit into the back of the mouth because the palate is sealed, so the medication floats around everything and is deposited on all surfaces in the nose.” 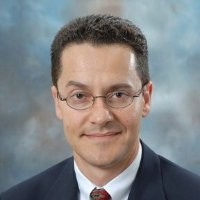 Because a topical corticosteroid “only works where you put it,” a device that extends the delivery surfaces beyond those of conventional delivery systems could have a meaningful impact on drug effects. “Everything we’ve ever tested shows you get non-bioequivalence with an exhalation delivery system compared with a standard nasal spray,” he said.

The new study showed that the exhalation delivery system provides just as much benefit to people who continue to have symptoms despite using ordinary nasal steroids as for someone who has never used a one. “Putting the steroid in a new spot is like using a new product,” explained Mahmoud. “It’s like a brand-new step to care. It is very well tolerated, and its safety profile is like that of other nasal steroids. And it’s not nearly as big a deal as surgery or regular injections.” FDA did want safety data on the new approach to steroid delivery, because even though it isn’t delivering a new drug, it is putting the drug in a new place, he added.

The device used for XHANCE uses a breath-powered mechanism similar to Optinose’s first product, a dry powder delivered nasally to treat migraines. The company licensed that drug product to another company but retained the IP for the delivery mechanism.

In addition to the above-mentioned study, the company is in the midst of two large clinical trials worldwide, said Mahmoud. These trials are testing XHANCE for the treatment of chronic sinusitis, an indication with no FDA approved drugs today, noting that early results are expected at the end of 2021.

Optinose is also exploring whether the device could be used for “an antiseptic that the company believes could be used to kill viruses like those that cause COVID-19 or influenza,” he said. “Most people are infected through the nasal route. If we can treat patients prophylactically, we could prevent infections. Or if a patient is infected, we could prevent development of symptoms.

“If someone who tests positive for COVID is told to isolate, wouldn’t it be great to prevent others in the household from getting infected or to help infected patients from progressing?” he added.

The company had developed the antiseptic internally with ingredients that have an existing safety profile. “We are likely to seek an external partner once we receive feedback from FDA,” he said. In the meantime, the company continues lab testing to determine the antiseptic’s effectiveness in killing various viruses.