What the End of Net Neutrality Might Mean for Medtech 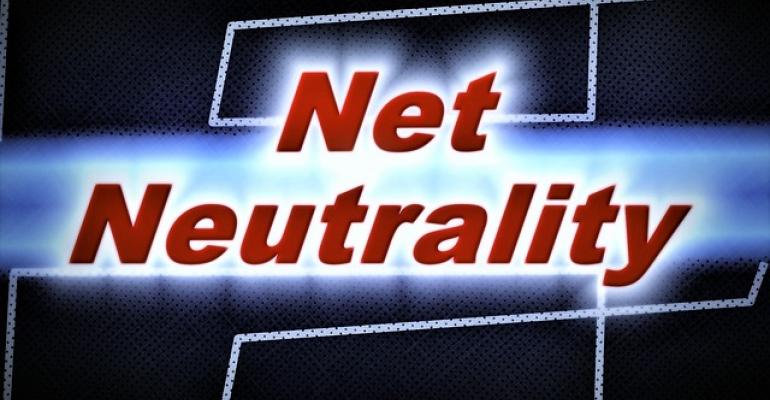 It's too soon to tell if the FCC's recent vote to end net neutrality regulations will have ramifications for telemedicine and connected health, but here are some of the possibilities.

The recent vote by the U.S. Federal Communications Commission to roll back mandated "net neutrality" has caused much concern by those who fear a "pay-to-play" business model will marginalize all but a handful of favored applications and platforms. Those concerns have extended to telemedicine advocates—but it is probably way too soon to predict how or if device-enabled care specifically might be affected.

Net neutrality, mandated by a 2015 FCC order, ensured that Internet service providers (ISPs) could not prioritize one set of bits over another traversing their networks. The new order, dubbed Restoring Internet Freedom by the current FCC regime, mandates only that ISPs be "transparent" in announcing their intention to prioritize traffic.

"Given the public outcry over the repeal of net neutrality, it appears unlikely that ISPs will do anything to generate further controversy in the immediate future," McDermott Will & Emery attorneys Ryan B. Marcus and Lisa Schmitz Mazur wrote in an advisory shortly after the FCC vote was taken. "It is a fair bet that health care will remain unaffected at least for now."

Learn why healthcare is the next frontier for digital transformation and IoT at MD&M West on February 8, 2018. Use promo code "MDDI" for 20% off conference registration.

While an ISP announcing it was giving priority to data generated by a given health system or e-health platform over competitors is certainly possible under the new regime, it could also be used as a "worst-case-scenario" example of greed over public good, a massive public relations misstep. A more likely scenario might be the ISP announcing it would give prioritization to a particular category of data, and critical health data would be a good bet to be in that favored tier.

Scott Delacourt, a partner specializing in telecom law in the Washington, D.C.-based law firm Wiley Rein, said such a strategy "is a very pro-health, pro-consumer, common sense kind of thing to do, so you really wouldn't have objections. You would just have to make people aware it was occurring."

While much of the concern expressed by net neutrality advocates centers on the 2017 vote by the majority-Republican FCC, the roots of a possible shortage of bandwidth are rooted in a limited selection of ISPs, often a choice between an incumbent telephone company and a cable television provider, serving many areas in the United States. Many of these "duopoly" areas are residential areas in which remote device-based care is likely to grow the fastest.

"I don't think we know what the real needs of the healthcare networks are going to be," Fink said. "There are two different types—infrastructure to infrastructure, the health businesses talking to each other and getting to the cloud—but really, how much do you ever need talking to a consumer?

"The reality with that is, it all does lie with the last mile provider to solve that problem. But what is the worst-case scenario? A 4K or high definition stream going upstream on a video call. And even if you're talking about nine or 10 Mb of uncompressed video, we're far eclipsing that with new technologies on the network, though that will remain a problem in a suburban area where they only have a 7–8 Mbps DSL service or a rural area where they may still be on dial-up or satellite."

The emergence of communications protocols such as Narrowband IoT (Internet of Things) and especially 5G (or fifth generation wireless) is also expected to minimize any delays time-critical device-based care might suffer.

"Carriers are looking for new revenue opportunities for sure," John English, senior marketing manager for Westford, Mass.-based network monitoring and business assurance vendor NETSCOUT said. "IoT introduces new categories of devices and sensors that kind of break the historical quality-of-service prioritization. In the past, you thought about voice, video, and data. And voice and video had the most stringent latency requirements. But these new devices in the health field are very low bandwidth but literally lifelines, versus something like streaming video to the back seat of a connected car. So carriers are going to want to offer service level agreements. They will want to offer medical device companies or service providers these types of premium services, and it makes sense. It makes sense for the devices to get preferential treatment and it makes sense for the carriers to want to charge some kind of increment for it, because not all IoT devices are created equal."

And, while net neutrality advocates have been very vocal in decrying exactly the kind of paid prioritization that would favor one type of data over another, Wiley Rein's Delacourt said the total cost of remote device-based care should lead to lower costs overall.

"Taking it out of expensive clinical settings and moving it into the home should reduce costs overall," he said. "And, while broadband access isn't part of the cost equation currently, the cost reduction from having moved from a clinical setting to home care is so significant there is more than enough resource gained to pay for the connection."