Welcome to the Wild Wireless Frontier 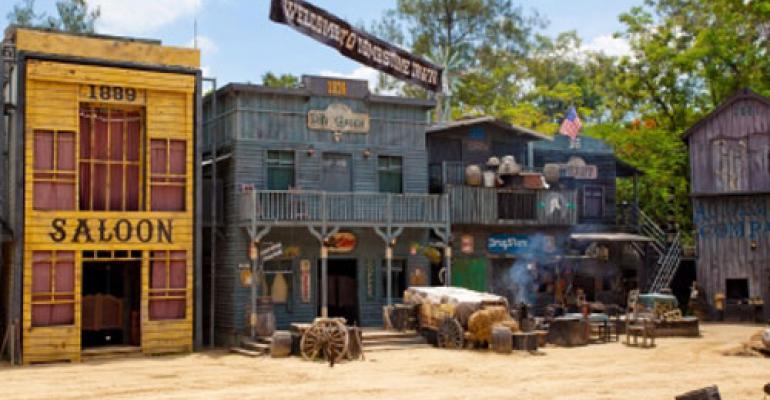 The settling of the American West has a lot in common with medtech's move to incorporate wireless technology.

The settling of the American West has a lot in common with medtech's move to incorporate wireless technology.

Wireless connectivity in the medical device industry has introduced turmoil in a market used to predictability. Companies are positioning themselves to make the most of this new opportunity by embracing the new technical challenges, the evolving regulatory climate, and uncertainty about the market.

The settling of the Western frontier in America was a historic saga that has been blown up with heroic tales of romance and violence, but the reality was less glamorous. Western pioneers faced a high level of toil on their journeys, during which nothing was guaranteed except hardship and uncertainty.

There are many aspects of that story that resonate with the evolving story of wireless technology in medical devices, our new wild wireless frontier.

The first analogy between our frontier stories is the new necessity to use shared resources. Wireless medical devices share their over-the-air communication channels with other licensed radios.

Devices like cellphones, computers, tablets, networking equipment, and other radio transmitters all share the same medium: free space. There are some wireless medical devices that use the relatively uncluttered and exclusive MICS or WMTS bands. However, most of the new generation of mHealth products has WiFi, Bluetooth LE, cellular, and ISM band radios. Using these busy airways while ensuring reliable, secure, and timely data transfer is a new requirement for medical device designers.

Another shared resource challenge experienced by medical mobile apps is having nonexclusive use of the hardware and operating system of the hosting Smartphone. Other “critters” sharing this platform are music players, cameras, navigation aids, Facebook and Mindcraft apps, and pretty much any unknown program.

Both of these shared resource requirements put an onus on medical device engineers to anticipate the behavior of the others. In the radiofrequency domain, implementing extremely robust radio protocols with security to mitigate interferers is a design requirement.

On the smartphone, anticipating other applications’ memory, power, and hardware needs are new design considerations. Anticipating smartphone obsolescence or replacement is now among the concerns of a mobile medical device manufacturer.

A second similarity with the frontier world of old is the need for new relevant laws and policing. FDA recognized that the ground was moving in the medical device world. As far back as 2010, a joint FDA-FCC meeting informed industry that the agencies desired to promote innovation while ensuring patient safety. The 2013 FDA documents on mobile medical apps (MMA) guidance and radiofrequency wireless technology in medical devices have helped set expectations for how the regulatory body will view devices incorporating these new technologies.

Enforcement discretion based on patient risk is also alluded to by FDA in its communications. This has been welcomed by innovators. As recently as last week, FDA decided to down-classify a Dexcom mobile app from a Class III device accessory, removing the need for premarket approval for similar smartphone applications. These new rules and policies are welcome and needed in the new wild wireless frontier.

Finally, a third similarity with the untamed frontier is the appearance of unexpected travelers. While Johnson & Johnson expects to encounter Medtronic and Baxter at industry trade shows, until recently the company likely didn’t expect to see Qualcomm and AT&T along their aisle. The world of medical devices is being entered by many unconventional players who see market opportunity as consumer behavior changes in tandem with technology innovation. At the upcoming MD&M West Conference, there will be keynote addresses by executives from Amazon and Google—Silicon Valley techies rather than medtech experts from Minneapolis or Boston.

This is the journey we’re traveling. Our welcome to the wild wireless frontier is fraught with technical challenges; it requires a changing of old mindsets. But the medical device industry has its wagon firmly hitched to this mobile and wireless wave, and there’s no getting off. Whether in dealing with shared resources, coping with changing regulation, or competing with new players, those medical device companies that can thrive on the journey stand to reap the great rewards.

Dr. Liam Pender, president and CEO of Egret Technologies, will lead the discussions on this topic as he chairs the track "The New Wireless Frontier : Innovations in Wireless Capabilities, Interoperability and Sensor Technologies in Medical Devices" on Tuesday February 10, 2015, at MD&M West in Anaheim, CA.