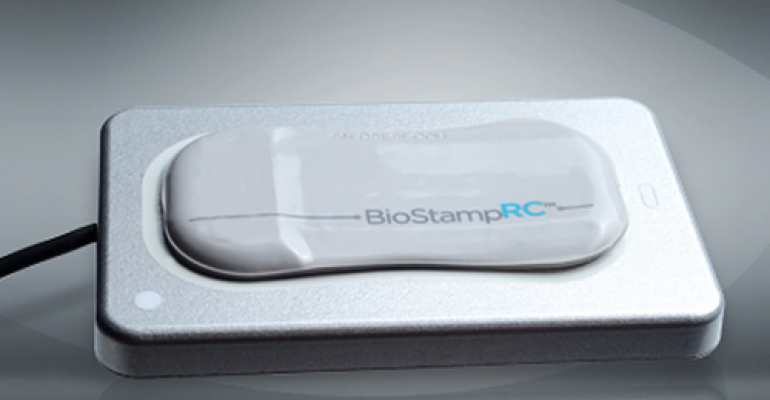 MC10&#39;s flexible sensors began in the world of sports, but the company&#39;s aim to solve broad healthcare problems will eventually bring it within FDA&#39;s fold.

MC10's flexible sensors began in the world of sports, but the company's aim to solve broad healthcare problems will eventually bring it within FDA's fold.

It is interesting to watch the evolution of companies with new technologies moving from unregulated waters toward FDA land.

MC10 with its ultra thin, wearable, biometric sensors, began in the world of sports and fitness with the Reebok CheckLight product. Developed in partnership with the shoe company, it incorporated MC10's flexible electronics into a mesh skull cap to collect head impact data to assist with concussion prevention and diagnosis. But a pivot in 2015 and a new CEO seem to augur the company's slow, yet deliberate path toward being regulated.

Over the past year, MC10 has announced partnerships to tests it sensor that bends and twists to the contours of the human body and the way it moves. Those partnerships have involved clinical partners, whether it be universities or pharma partners, and the goal is to improve the way the sensor gathers complex physiological data.

"There is a segue that occurs where to truly move into the clinical world, we do have to make claims, if [we] truly want to gain the credibility and trust of the folks that are in those workflows today," said Nirav Sheth, head of Clinical and Strategic Marketing at MC10, in a recent phone interview. "So whereas we are not regulated today, we anticipate being so over time."

The gradual transition reflects in the product that became commercially available on Monday, and it tethers MC10 even more closely to healthcare. The Cambridge, MA startup announced that its BioStamp Research Connect System is now available for purchase. The product is aimed at academic researchers, but average consumers can also purchase it on the company's website.

"It ’s built for academic researchers who have the capabilities to use the data and run it through their own algorithms or algorithms that they get from another source in order to derive the metric that they are really looking for," explained Erin Webster, senior marketing manager at the company.

Those sensors are smart band-aid type devices that can be placed anywhere on the body opening up wearables to a broader swath of opportunities than just the wrist. In a previous interview, the company's co-founder described the sensor like this:

"If you want to try to measure gait speed, it's hard to do that from your wrist," said Roozbeh Ghaffari. "You can measure gait, motion, balance much better from your ankles and your core than from your arm that is swinging about ...."

The sensor design also takes into account the fact that many people abandon their wearables over time, which Sheth described half-jokingly as something wearables companies are paranoid about.

"We’ve put quite a bit of time ensuring that in some of our initial applications we keep as light as a burden on the wearer as possible," Sheth said.

But the BioStamp Research Connect has more to it than the smart band-aids. The goal is to ultimately look for better ways to use data from sensors, find patterns and move the needle in healthcare.

"This allows us to reach into the imagination of so many amazing researchers here in the U.S. who are looking for better ways to bring the clinic into the home which is very much what we want to do," Sheth explained.

So in what areas in the future may we see regulated applications emerge? They could be in movement disorders emerging from neurological conditions; they could be to target posture, balance or gait-related issues that could result from orthopedic procedures such as joint replacement, and they could be in cardiology where sensors can measure "signals of interest" that could be relevant in cardiac monitoring, Sheth said.

But regulated or not, whatever products MC10 comes up with will have a common core.

"I think it's very important to have purposeful design," Sheth said. "Once you are in healthcare, if you are not solving a problem that someone has that is very relevant to how they live their lives, then you are probably not actually doing much in healthcare."