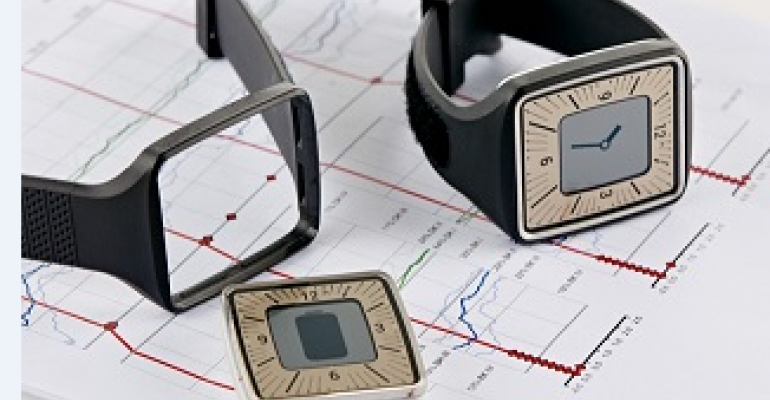 Global Kinetics Corporation's Personal KinetiGraph is being used in a patient study supported by The Michael J. Fox Foundation for Parkinson’s Research (MJFF), Shake It Up Australia Foundation, and Parkinson’s Victoria, to gain better insight on Parkinson's disease symptoms.

Currently, there are no universal objective metrics and target ranges for assessing or managing Parkinson’s disease (PD) that can be used in the same way that cholesterol or blood sugar levels, peak flow measures or blood pressure readings, for example, are used to manage other common chronic conditions.

Global Kinetics Corporation (GKC) is trying to change that by conducting a randomized and controlled study to evaluate the widespread implementation of target ranges derived from its wearable device, the Personal KinetiGraph (PKG). The target ranges could dictate treatment decisions for PD. The PKG monitors symptoms of PD patients throughout the day.

The Melbourne, Australia-based company has received $350,000 worth of funding and support from The Michael J. Fox Foundation for Parkinson’s Research (MJFF), Shake It Up Australia Foundation, and Parkinson’s Victoria for the 225-patient Treat-to-Target study.

“The importance of the current project being pursued is not around validating the PKG technology,” Michelle Goldsmith, senior vice president, business development and legal affairs of GKC, told MD+DI. “It’s about providing reference targets for Parkinson’s treatment. I think for us that’s really important and groundbreaking research. It’s an incredibly exciting project and it’s a great opportunity for us to work with well-recognized and well-respected partners.”

The Treat-to-Target study has already commenced in a number of Australian clinical sites and will be running for about 18 months. U.S. and European sites will be enrolled in coming months. Interim data are expected by December 2018, and guidelines on the use of objective measurement and targets underpinned by the PKG wearable technology based on the study’s findings will be released in early 2019 for mainstream clinical use.

“Parkinson’s disease fluctuates across the time of the day and from day-to-day,” Goldsmith said. “The reality is a continuous record allows a clinician not just to evaluate how a patient presents when they’re in the clinic, but to also evaluate the patient's symptoms when they’re in their home environment. The PKG allows clinicians to have an informed discussion with their patients in a much more efficient way.”

GKC received FDA clearance for the PKG in 2014.  A smaller, more patient friendly, and waterproof version of the device received a nod from FDA in 2016 and CE mark in 2017. The technology includes the PKG-Watch, a wrist-worn data logger that is used to monitor patient movement, and algorithms that use this data to produce a PKG report for physicians.

“I think the story of the PKG resonates really strongly with clinicians and with patients who are really acutely aware that Parkinson’s disease is a fluctuating condition,” Goldsmith said. “They also realize there’s only so much a clinician can do in a short appointment with a patient. It’s not difficult to explain to clinicians why an objective measurement is important and it’s not difficult for patients to appreciate the benefit an objective measurement brings to their treatment.”