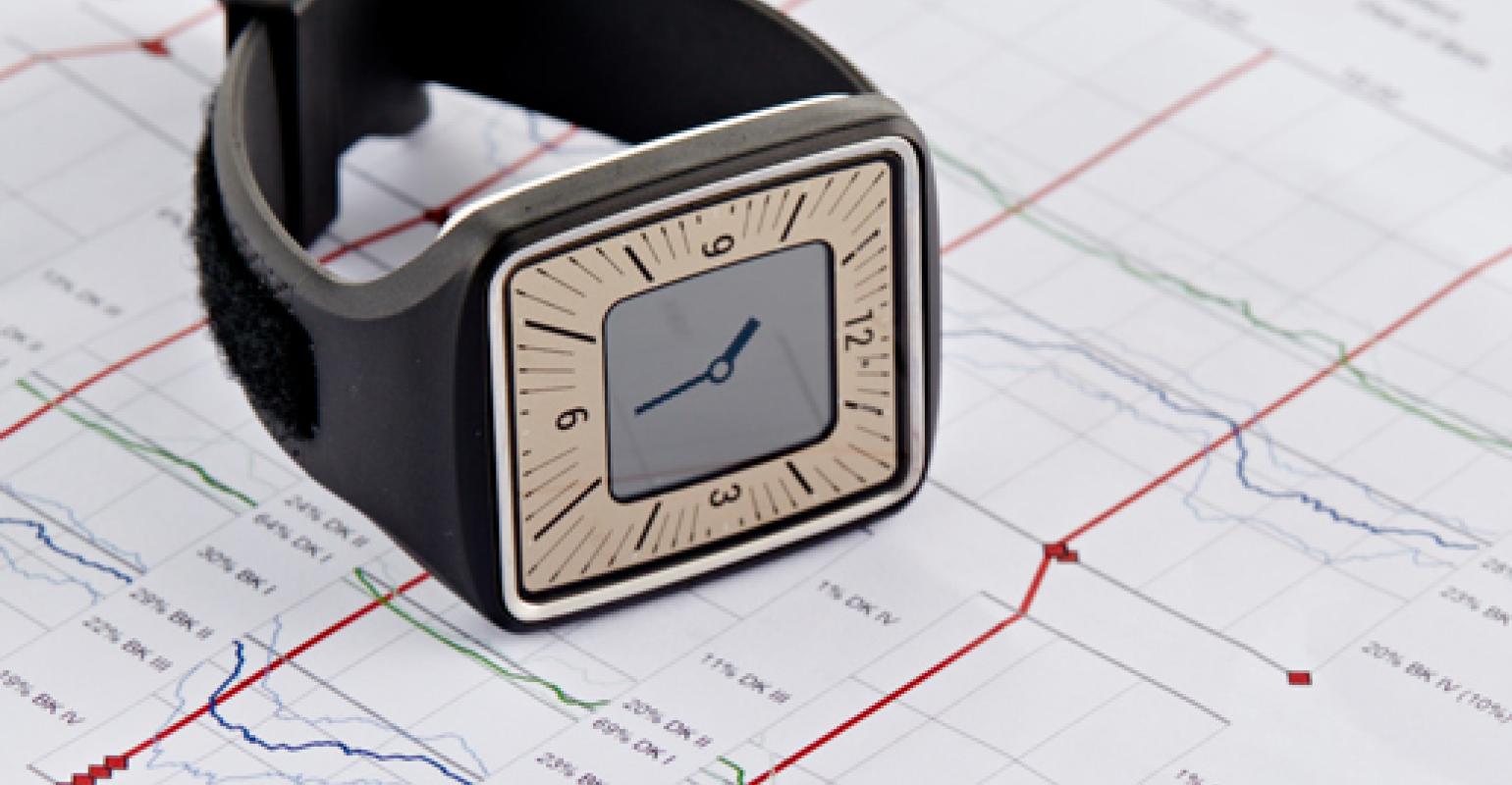 The PKG-Watch is worn on the wrist and monitors patient movement.

Global Kinetics Corporation may be a digital health company, but it doesn't offer the typical wearable device.

The Melbourne, Australia-based company has developed the Parkinson's KinetiGraph (PKG) System--known as the Personal KinetiGraph in the United States--for patients with Parkinson's disease. The technology includes the PKG-Watch, a wrist-worn data logger that is used to monitor patient movement, and algorithms that use this data to produce a PKG report for physicians. Clinicians can use the PKG summary plots and reports, which analyze bradykinesia and dyskinesia, to improve management of the patient's disease.

In an interview earlier this year, Global Kinetics CEO Tim Still emphasized the subjective nature of patient management for Parkinson's disease. "Physicians will subjectively evaluate their patients, ask a few questions, and literally write in a diary how they've been doing," he said. "The physician looks at them, they assess how the patient is doing by asking questions, they make a determination, and they modify the therapy remaining hopeful it will work."

Global Kinetics's PKG System aims to change that. "What our platform provides is a very objective measurement of how that patient has been responding to their therapy over the prior 7-10 days," Still said.

The company, which was started in 2007 based on technology developed from research by cofounders Malcolm Horne, PhD--now chief scientific officer--and Rob Griffiths, PhD, has already made a name for itself among Parkinson's specialists. The 510(k)-cleared PKG System has been used by more than 13,000 patients in the United States and numerous countries around the world. Now, the company has begun enrolling patients in a multi-site, randomized clinical study evaluating the technology's capabilities for pinpointing patients whose clinical management regimens need to be adjusted. The first patient was enrolled in the APPRISE clinical study at Kansas University Medical Center in late May. More than 400 patients are expected to be enrolled eventually in the trial, which is being conducted in collaboration with the Parkinson's Foundation.

"As a Parkinson's Foundation Center of Excellence, we are excited to be part of the first U.S. randomized study evaluating the use of the PKG in the Parkinson's disease population," Rajesh Pahwa, MD, principal investigator at Kansas University Medical Center, said in a press release.  "In our clinic, using the PKG has helped us to better understand patients' motor states during the day and allows us to better plan their treatment. Our patients also benefit from using the PKG as it helps the better understand their motor fluctuations, bradykinesia, and dyskinesia."

A second-generation version of the PKG System, which received FDA clearance in September 2016 and CE Mark in January 2017, is being launched. The latest PKG-Watch is designed to be smaller, more patient-friendly, discreet, and waterproof, among other improvements. The algorithm also incorporates new measurements, including a sleep score. "If you think of folks that have Parkinson's, oftentimes they have some daytime sleep episodes, which is important for better management, to see how they're responding to the therapy," Still said.

The first-of-a-kind APPRISE study will assess the PKG system's role in determining the best medication dosing and timing and evaluate how adjustments to medication regimens affect patient clinical outcomes. The findings are also intended to support the company's effort to secure U.S. reimbursement.

"From the clinician's perspective, the value of the Personal KinetiGraph resides in the objective information provided by the PKG to guide therapeutic decisions and measure changes in patient outcomes," Horne said in the release. He added, "From the patient's perspective, one of the key benefits of the PKG is the non-intrusive nature of the data collection and user friendly features such as the medication reminders. Importantly, the PKG allows people with Parkinson's to better understand their condition and have more informed discussions with their clinicians."

The PKG System is used now as a professional tool, worn by the patient for 6-10 days before the PKG report is analyzed by the physician. However, Still envisions it evolving into a technology that can be worn regularly by the patient with routine data transmission to the clinician. "The physician will be better able to see what is happening every day and not demand that the patient come into the office," Still explained. This would make it easier for patients and clinicians to manage the disease without lengthy commutes to a specialist's office.

While the timeline for such a third-generation consumer-focused system isn't yet determined, Still said the company plans to start a trial of such a product soon, potentially in the United Kingdom.

"We believe that our platform can address the entire continuum of managing a disease," Still said. "A lot of our partners are telling us, especially on the advanced therapy side, that they want to move earlier into disease progression to help manage that patient, and this is the platform to do it with."