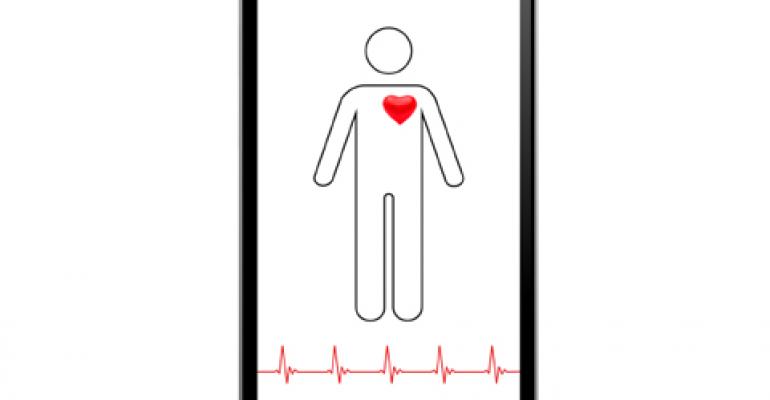 In 2012, the cost of treating diabetes jumped 41% to $245 billion from $174 billion in 2007. The chronic condition has a litany of co-morbidities and managing the disease is no walk in the park.

So it is vital to monitor and coach people considered to be at risk of developing diabetes and help them make the right lifestyle decisions – in terms of choosing the right food and incorporating physical activity – that would prevent them from having to manage the disease later.

That is the premise of the CDC’s National Diabetes Prevention Program (NDPP), which launched in 2012, and aims to target people at risk of developing Type II diabetes.

Up until recently the yearlong program was centered on participants meeting with a trained lifestyle coach and a small group of people making those lifestyle changes to prevent diabetes.

Participants would initially meet weekly for six months and then monthly for six months. Coaches maintain relationships with the participants in the interim by phone conversations. More than 530 organizations have been recognized by the CDC as certified to run the NDPP.

But in a sign that digital health is coming of age, the CDC has given pending recognition status to a few digital health companies that leverage remote coaching and mobile tools to deliver the NDPP and has shown the approach works.

Three of these companies that recently received the pending recognition status are Noom, Omada Health and DPS Health. Pending recognition status means that these companies would have to continue to provide program data – both engagement by consumers as well as weight loss and improvement in A1C levels – to the CDC for a period of two years before winning full recognition. [A1C measures the average blood glucose in the previous two to three months]

Still, it underscores that in the eyes of the CDC these companies have shown that their digital therapies work.

“They took a long time looking at this to reach the conclusion that digital programs warrant recognition in the same format as in-person programs,” said Adam Kaufman, CEO of DPS Health in a recent interview. “It is a clear sign that for a significant portion of the population – we don’t think it’s for everybody – digital delivery of evidence-based programs is the preferred mechanism and as effective as if not more effective than the in-person program delivery.”

One of the problems with the traditional model is that while they work, it is difficult to get people to participate and commit to showing up at weekly sessions. If the certified organizations can get over that hurdle, then keeping the participants engaged through the program year is challenging.

“There has been a little bit of a success in that traditional model but often times what we are finding is that there are two primary areas that these programs struggle,” explains Noel Khirsukhani, senior vice president of healthcare for Noom. “And one is purely engagement - getting participants or identified participants to participate in the program is challenging but secondarily keeping that person fully engaged in the program is very very difficult and leads to a very large abandon rates in those programs.”

That’s not surprising given that in a departure from the past, consumers are demanding convenience when it comes to healthcare.

“I have heard of what people call the digital divide, but we see an analog divide when it comes to these types of behavioral health programs and it’s because people aren’t willing to show up in person,” says Mike Payne, chief commercial officer and head of medical affairs at Omada. “The beautiful thing is that digital therapeutics are custom built to address that problem and be accessible to a lot of people.”

All three companies work primarily with payers, whether government or private payers as well as employers and to a lesser extent health plans to identify pre-diabetic individuals.

CDC estimates that there are 86 million prediabetic adults in the U.S. Given the magnitude of the problem getting people to participate and encouraged continued engagement is key.

Noom’s Khirsukhani believes the company’s wellness app has what it takes to keep participants coming back.

“For the last 7 years, Noom has been one of the top health and wellness apps on iTunes and the Google Play store,” he declares noting that it has been downloaded 30 million times and has demonstrated a 64% retention rate.

Participants in the NDPP program that used Noom had an average weight loss of 10 pounds. The success stems from the design of the app, Khiruskhani says drawing a comparison with not just in-person models but other virtual tools as well.

Where traditionally health coaches can see a patient’s food log from a week before and then have to suggest changes, with the Noom app, the data is more real time.

“It gives you a combination of automation plus direct human touch which allows us to have a very different model compared to your standard virtual delivery,” he says.

Omada has also seen good results with participants seeing weight loss of an average of 12 pounds per person. And hemoglobin, A1c levels dropped to 5.6% from 6%.

“So we saw a regression back to the normal,” Payne says.

In fact Omada has also been able to demonstrate that program participants maintained reductions in body weight and average blood sugar levels over two years. An April 13 news release from the company declares that Omada is the first digital health company to publish two-year peer reviewed outcomes of its Prevent program.

Founded in 2004, DPS Health has been around longer than Noom and Omada, and its virtual program is browser based.

Kaufman says cryptically the company will have “middle millions of dollars in revenue this year,” and “tens of thousands of people “ have gone through the DPS’ Virtual Lifestyle Management Program.

He said that the company’s program has also saved money for health plans. Reducing cost of managing these chronic illnesses by preventing people from developing them is of course central to the NDPP.

That should be sweet music to both the CDC and insurance companies looking for ways to tame chronic conditions like Type II diabetes.

CDC’s pending recognition status to digital health companies – which first happened in February - shows that if evidence is available, then federal agencies are keen to use all available arrows in the quiver.

“We feel very passionately that folks in early stages of chronic conditions - from pre conditions to early diagnosis, warrant attention,” Kaufman says. “We continue to commend the CDC for making that population a priority, working with digital programs or any other mechanism to put emphasis on the folks that are in the emergent risk population.”

Correction: An earlier version of the story incorrectly misstated the lower A1C levels achieved by Omada Health. It was able to reduce those levels to 5.6% from 6%.