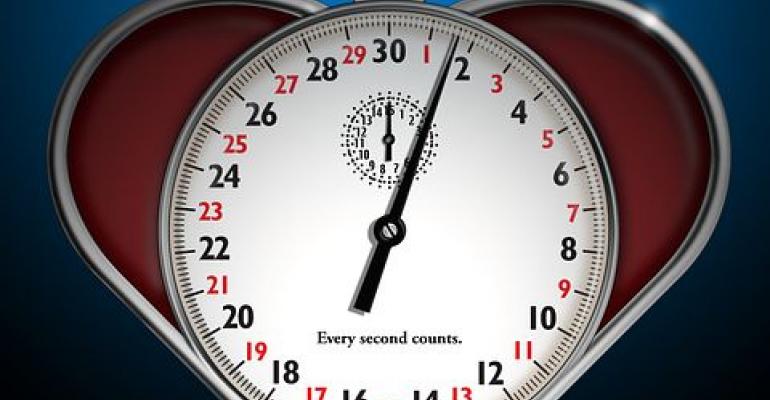 If you could know the exact day you die, would you want to? The question may not be as far-fetched as you might think, thanks to a new algorithm designed to analyze digital medical records and compare them to real-time health data to calculate the risk of impending health events.

The FDA cleared technology from Excel Medical, known as the WAVE Clinical Platform, is being billed as the world’s first patient surveillance and predictive algorithm platform. The device was designed as an always-on remote monitoring platform that can track real-time data, such as vital signs, and use that information in conjunction with the user’s medical history and family medical history to calculate the risk of a potentially fatal impending health event.

So far the platform has shown the ability to predict potentially deadly events such as a heart attack or respiratory failure as early as six hours before they occur. The technology works with an app to send alerts to the user, as well as to an on-call doctor through a smartphone app when a potentially fatal event is detected. In the technology’s first control group study, the WAVE platform was able to predict six unexpected deaths and produce actionable alerts to prevent death.

“Everything we do as an organization aligns toward and supports the goal of eradicating unexpected deaths in hospitals,” Excel Medical GM Lance Burton said in a press release. “People may say zero unexpected deaths is unattainable. We say anything other than zero is unconscionable.”

There are over 400,000 unexpected deaths in U.S. hospitals each year, making it the country’s third-leading cause of death behind heart disease and cancer. A Stanford University study from last year found that deep-learning algorithms can accurately predict and potentially prevent unexpected deaths in 90% of these cases each year — meaning roughly 360,000 lives could be saved every year.

The application of artificial intelligence in the field of medicine has held promise for years, but many doctors and patients still struggle with comfortably relying on the technology. To date, most of the AI hype has been focused into pairing algorithms with structured exercises in reading patient data and medical images — all in an effort to detect abnormalities.

Which is why the new WAVE platform could be the first algorithm to really transform the diagnostic nature of AI technologies. The company believes the new technology could become the gold standard in predictive analytics, specifically within the realm of actionable processes. The company had also partnered with IBM Watson, OBS Medical, and EPIC as they seek to take advantage of the very best in AI technologies to help predict preventable issues.

As the company moves forward with the WAVE platform, the company believes that with recent FDA clearance, they can begin to fulfill the promise of predictive healthcare that can lead to curbing the rates of unexpected death. They also have plans to expand the technology to help predict other potentially fatal events and broaden its potential use in hospitals and healthcare clinics around the country.