Telemedicine and Digital Health to Set the Tone for Healthcare 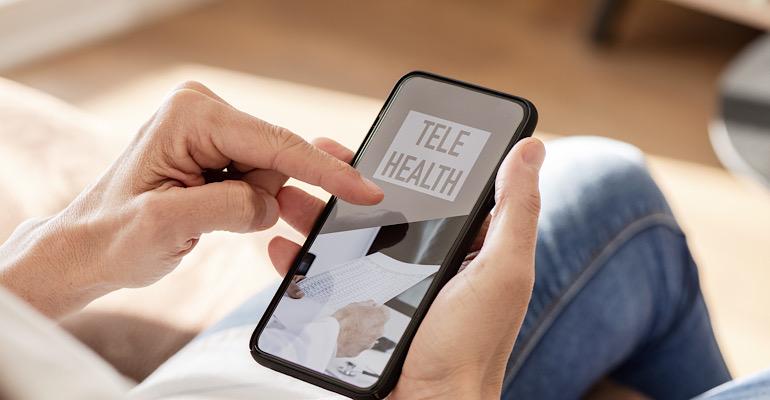 A panel at the Cleveland Clinic 2020 Innovation Summit discussed the prominence of digital healthcare.

Digital health, especially telemedicine, is going to play a prominent role in healthcare going forward, a panel at the Cleveland Clinic Innovation Summit said on Tuesday.

The focus on digital health has been spurred by the outbreak of COVID-19. One of the viruses’ long-lasting impacts is sure to be the rapid integration of telemedicine.

During the panel, Matt Kull, Chief Information Officer of Cleveland Clinic, spoke noted that telemedicine isn’t going to be another fad.

“On the telehealth perspective, I think that’s here to stay,” Kull told fellow panel members during the innovation summit. “I think that’s going to become the norm and it’s going to allow us to reach more people where they are and ways they want to be met.”

"The COVID-19 pandemic set off an accelerated shift to virtual communication in nearly every forum in which humans interact and, similarly, ... the medical device sector is also embracing the virtual world and will perhaps continue to do so long after the COVID crisis abates,” Mills and colleagues wrote.

During the Cleveland Clinic Innovation Summit, the panel was asked if the idea of telemedicine was under-or-over-hyped. Richard Zane, MD, Chief Innovation Officer of UC Health chimed in on the question.

“Telemedicine is far under-hyped,” Zane said. “The future of whatever we’re going to describe as virtual care is going to scale very quickly and very robustly.”

While the majority of the panel agreed the technology was under-hyped, Allistair Erskine, MD Chief Digital Officer for Mass General Brigham offered another opinion.

He added, “we have to worry about payment reform. Right now, it’s hot because it’s paid for. In the future, it could not be paid for and then may slip more into a value-based care arrangement. The broad range of digital health is only going to grow in the future. A report from VynZ Research shows the market was valued at $111 billion in 2019 and is set to reach $510 billion by 2025 observing a CAGR of 29%.

Kyle Rose, an analyst with Canaccord said digital health could be vital to help medtech solutions exist in markets where pharmaceuticals solely existed.

Rose wrote, “augmented by a coalescence of AI, software, and back-end data analytics, among other factors, which we think will make devices both smarter and increasingly less-invasive, we view novel med-tech interventions well positioned to increasingly capture share in a segment of the market historically dominated by pharmaceuticals, expanding medtech’s reach further upstream.”