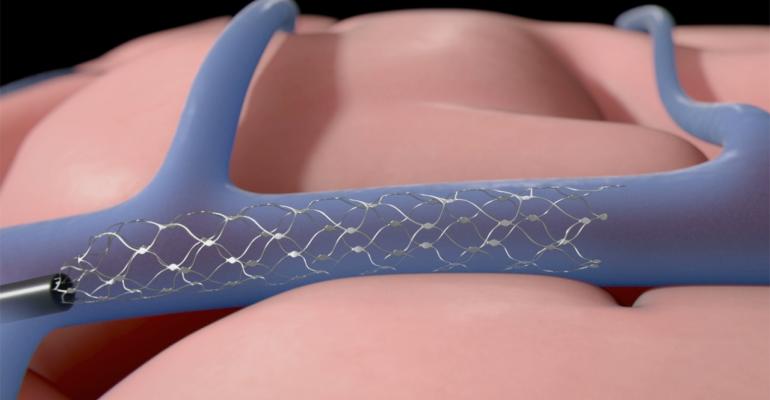 The company, that has a presence in both Melbourne, Australia and Campbell, CA, said it had the first successful implantation of the Stentrode, a minimally invasive neural interface technology to help patients with severe paralysis.

Synchron has completed the first implantation of its minimally invasive neural interface technology in a feasibility study. The company, which has a presence in both Melbourne, Australia and Campbell, CA, said its Stentrode system has the potential to restore communication in patients with severe paralysis.

Synchron’s founder and CEO, Thomas Oxley, MD, PhD, told MD+DI the first implantation was successful and occurred in a patient suffering from ALS. Stentrode differs from other attempts at a neural interface because it uses veins as a pathway instead of drilling open the skull to achieve device implantation. Because of this approach, the device bypasses the risk of scar tissue and rejection.

“[Stentrode] is implanted into the brain through the venous system; through the jugular vein; and then deposited into the superior sagittal sinus,” Oxley said. “And although this is primarily a safety study, we are recording brain activity from the motor cortex and attempting to turn that signal into an output that we turn into a standardized digital language. We can use that [digital language] to control a set of apps.”

Stentrode utilizes brainOS, a modular training software that enables patients to control assistive technologies directly through thought. The brainOS platform is a suite of brain-controlled apps that aims to enable patients to restore lost speech and limb function. While current computer operating systems require pressing or tapping at least one button, typically on a mouse or a keyboard, brainOS offers handsfree control.

The platform is designed to re-define the user experience for a large number of people who have trouble using a mouse or keyboards.

To date, the company has raised about $21 million in funding and is gearing up for a series B round. That financing will help it complete a pivotal trial, Oxley noted.

Synchron is not alone in its efforts to develop a neural interface. Bryan Johnson’s Kernel, Elon Musk’s Neuralink, and BrainGate are all working on devices to this front. Instead of looking at it as competition Oxley said it was an example of big tech meeting medical devices and redefining the industry.

“There’s been a real spotlight in Silicon Valley turning on to this space,” Oxley said. “What’s really exciting is the convergence of medical devices into the main technology arena.”