The State of Wearable Sensor Technology 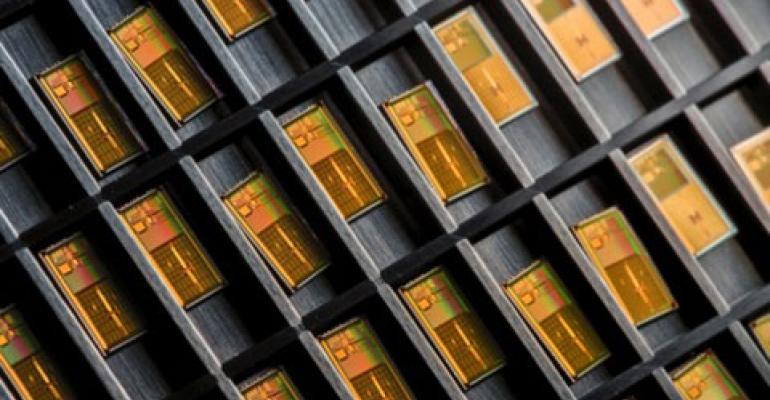 UC San Diego’s recent Center for Wearable Sensors Summit showcased the latest in wearable sensors and tackled the question of what it will take to create truly effective wearable devices.

UC San Diego’s recent Center for Wearable Sensors Summit showcased the latest in wearable sensors and tackled the question of what it will take to create truly effective wearable devices.

The Center for Wearable Sensors Summit, held recently at the University of California San Diego (UCSD), provided a look at evolving wearable sensor technology as well as the infrastructure necessary to support truly effective wearable devices.

The Center for Wearable Sensors was created as the first of several “agile” centers within UCSD’s Jacobs School of Engineering and is “focused on working with industry partners to revolutionize key components of wearable sensor systems.” Attendees of the April 16 event got an intriguing look into its research activities and capabilities. Presentations addressed topics including obtaining multiple measurements from a variety of sensors, low-power and self-powered sensor systems, new stretchable materials, novel methods for device fabrication, and communication methods.

While wearable devices are growing in number as well as capabilities, the challenge is to make devices that are relevant and do more than gather dust after a number of months. Dr. Joseph Wang, chairman of the department of nanoengineering and director of the center, identified issues with current sensors, including size and usability, battery life, and utility. To address these issues, the center is developing capabilities in new wearable biosensors, anatomically compliant electronics, ultralow-power electronics, and bioenergy harvesting. It’s doing this through partnerships with the Jacobs School of Engineering, various other UCSD departments, and the UCSD Medical School. Dr. Wang’s lab focuses on a wide variety of biochemical sensors that require ultralow power electronics that could be printed directly on textiles or the skin. These sensors include metabolite sensors, glucose sensors, and biofuel cells.

Electrical and computer engineering professor Patrick Mercier looked at harvesting energy from various sources from the human body, including motion, respiration, thermoelectricity, and biofuel cells. He demonstrated the use of miniature electrodes to harvest energy from the ear, outlining experiments that had been done in guinea pigs that provided net-positive energy. Ideal applications for some of these techniques don’t require rapid sensing or can tolerate a rather slow charging time. He also touched on harvesting energy from sweat as well as the development of low-leakage electronics and other energy-buffering design architectures. With the storage capacity of batteries inherently limited by chemistry and volume, it is important that the entire system be considered when making it as energy efficient as possible.

Once data is generated and gathered by sensors, the question becomes what to do with it. Electrical and computer engineering professor Gert Lanckriet addressed that issue by discussing how to utilize machine learning for mobile health. Two primary avenues are using a digital personal assistant to suggest content based on the context of the data and employing a personal wellness guide to provide lifestyle guidance. The mobile health applications centered on therapy management and chronic illness treatment as well as the detection of conditions such as mental health, dementia, and others. One example provided involved leveraging multimodal sensor data from sensors available in smartphones to track a person’s activity, assess their mood, and provide music and other stimulation consistent with that context.

Biomedical engineering professor Gert Cauwenberghs then addressed the issue of interfacing sensors and transducers to the human nervous system. While the state of the art today in EEG recording involves a multitude of sensors with gel contact electrodes and a tangle of wires going to an acquisition box for analysis at a later time, a more desirable solution would be an integrated and scalable system utilizing dry electrodes, flexible circuits, and a wireless bathing-cap-style collection system. In particular, Cauwenberghs’s discussion focused on the use of capacitive noncontact electrodes, an idea that has yet to be realized beyond a laboratory prototype. Analysis associated with noncontact EEG recording over hair on a scalp was particularly interesting, although the commercial potential is still a bit off in the future.

Many interesting discussions, dialogues, and more than a few debates occurred during the conference. The opportunity to interact with and learn from a broad spectrum of leaders in the healthcare space as well as a number from affiliated fields sent us all away a bit more determined to engage in the change rather than simply wait for it to happen.

Bill Betten is vice president of business solutions at Logic PD and a member of MD+DI’s editorial advisory board. Reach him at [email protected]