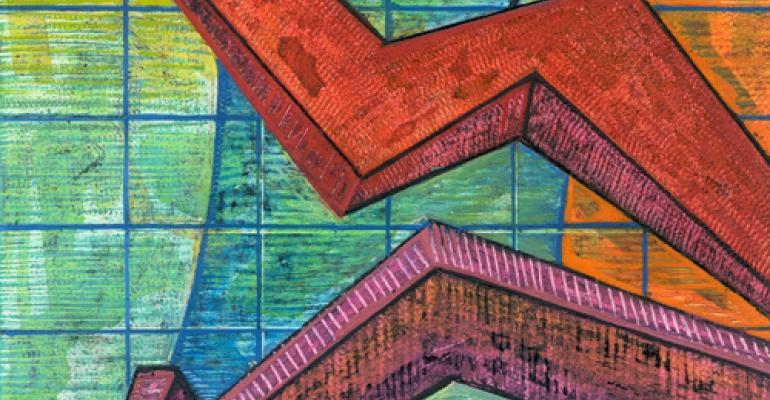 New Zealand-based Adherium made it to the 2015 Global Digital Health 100 List published by the Journal of mHealth earlier this year, but the company that has been around since 2001 has loftier goals this year.

It is planning a big, commercial rollout of its Smartinhaler platform, which helps people with asthma and chronic pulmonary obstructive disorder stay adherent to their medication regime by leveraging digital health tools. The company's founder launched the company when he realized that current inhalers had a huge missing piece - information.

"There’s nothing in the existing, off-the-shelf inhalers that show me how you are using your medications," said Garth Sutherland, also Adherium's CEO. "You don’t have a window on how the disease is going. When you took it, where you took it, how often you are taking it. If you forgot to take it, there was nothing to help you remember to take it."

Sutherland, a chronic asthma patient himself, added a simple microprocessor to regular inhalers giving that humble medical device the ability to record the usage information. That was the first step in empowering patients to understand their medication usage and as technologies have advanced, Adherium's smart inhalers have added those capabilities - some inhalers have a touchscreen where medication usage can be viewed and changes in preferences can be made, for instance of when reminders will occur.

And of course all Adherium smart inhalers communicate via Bluetooth to transmit information to a patient portal and also has companion apps on both the Apple and Android operating systems.

If a patient forgets to take the medication, patients can open the app to see that something has been missed. Or, more conveniently, the inhaler itself lights up and beeps to alert the patient.

The point of all this technology is simple. Managing chronic diseases rely on patients taking their medications regularly and in a timely fashion. Poor adherence will often result in poor outcomes.

"Because these medications work for the greater majority of patients as a result of good adherence we see an improvement in outcomes," Sutherland said.

And Adherium has the data to demonstrate the efficacy of its smart inhalers. Interim results of a study on childhood asthma being conducted at the University of Sheffield showed that at 12 months there was a 144% increase in medication adherence in the smart inhaler group versus the control arm. There also was a 37% decrease in the number of steroid courses required in the 12 month period, which appears to suggest that there were fewer instances of severe exacerbation of the chronic condition.

A randomized trial in 2014 with three arms to study the effect of digital tools in managing chronic asthma in adult patients also found that those patients who used smart inhalers that recorded medication usage as well as received audio visual reminders boosted their adherence in comparison to those with inhalers that only recorded the usage information but didn't provide reminders. The first group also had better adherence compared with patients who received inhalers with the ability to record usage and who sat down with their doctor to be educated about the benefits of following their medication regimen.

"That confirmed something that we already knew - sometimes patient education is not effective," Sutherland said. "The big thing about Adherium is that we are a science-based company. We have been doing clinical trials internationally for many years. We have very strong outcomes data."

And strong independent clinical data is what separates Adherium, founded in 2001, to some upstart competitors, contended Bronwyn LeGrice, head of commercial development at Adherium. One - Gecko Health Innovations founded in 2012 - got acquired by Teva Pharmaceuticals in September for an undisclosed sum. Gecko has created the CareTrx platform incorporating a sensor device that fits on most metered dose inhalers. The device works with a companion app to help patients track usage and get reminders to boost adherence. Data, like Adherium's products, can also be shared with family members and providers.

And there exists a third smart inhaler company - Wisconsin-based Propeller Health has developed a sensor that clips on to the top of both rescue and controller inhalers to gather data which can be synced to smartphone apps.

While both Gecko and Propeller Health make sensors that simply attach to most metered dose inhalers, Adherium can tailor its device to a range of inhalers such as pressurised metered dose inhalers, dry powder inhalers, soft mist inhalers and liquid spray inhalers, LeGrice said. And there's another point of difference. While Gecko got acquired and Propeller is still privately owned, Adherium went public on the Australian Stock Exchange in August in which it raised $35 million.

Pharma giant AstraZeneca invested in the company's IPO. In July AstraZeneca entered into a long term supply agreement with the New Zealand firm such that Adherium will provide its devices and sensors that AstraZeneca will incorporate within global patient support programs for patients with COPD and asthma.

"As a patient, my goal is all about getting this technology into the hands of people who have asthma and COPD," Sutherland said. "We have such strong partnerships and have such strong data. Now it is about rolling it out commercially."