Sifting Nuggets of Truth out of the AI Hooplah 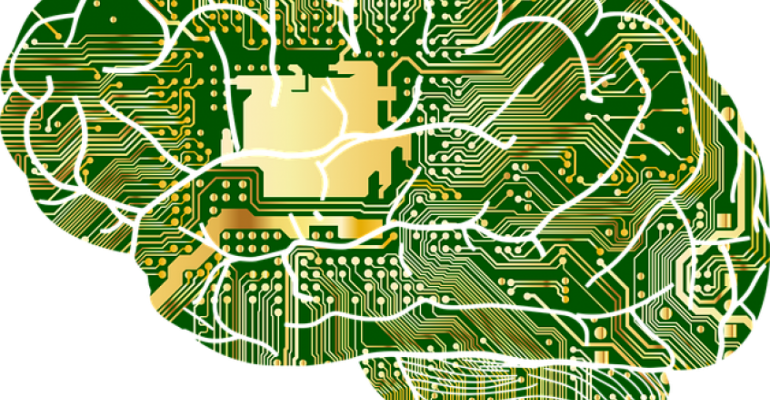 A panel of experts took a crack at the subject of artificial intelligence to help us sort out how much of a near-term impact the technology could realistically have in healthcare.

With the topic of artificial intelligence filling up our news feeds and dinner conversations, it’s almost too easy to get swept up in the hype of it all. This week at the J.P. Morgan Healthcare Conference in San Francisco, a panel of experts on the subject took a crack at how much of the AI talk is based in reality and how much of a near-term impact it could realistically have in the near term.

"I think a lot of people walk around thinking that AI is a black box and a computer is going to do everything," said Kenneth Bahk, managing director of Three Lakes Partners, a venture philanthropy focused on improving the lives of people with idiopathic pulmonary fibrosis, and the panel moderator. "We’re all realizing that it really is a guided process. It is a combination of a machine and man to result in a better response.”

At a very simplistic level, AI can be defined as algorithms and software that are trained to recognize patterns, said Gini Deshpande, CEO of NuMedii, a company using big data and AI in drug discovery.

"We can use AI coupled with really good data to look for subsets of patients, identify them at the frontend, and then identify therapeutics that will help those patients effectively … and remove some of the trial and error components of the discovery process," Deshpande said.

Jamie Heywood, co-founder and chairman of PatientsLikeMe, agreed that a lot of people are talking about artificial intelligence as though it in itself is a solution, but that's not really the case.

"It's just a tool that allows us to address complicated problems in unit space and the idea that you can just observe everything and plug in something you care about in a complicated, unstructured data environment and have the truth emerge is just not true," Heywood said. "Where this is effective is where there’s clarity on the objective pattern that you’re interested in and where you have data on metrics that are significantly driving that pattern."

Heywood co-founded PatientsLikeMe with his brother Stephen when Stephen was diagnosed with ALS, also known as Lou Gehrig’s disease. Described by CNNMoney as one of the 15 companies that will change the world, PatientsLikeMe was founded to ensure patient outcomes become the primary driver of the medical care and discovery process.

Heywood said the healthcare industry tends to oversimplify its understanding of everything.

"You know, you all see these diagrams and all the wonderful life sciences companies that come in and say ‘this gene affects that gene and then this protein goes up and my drug intervenes here and the world is cured, right? It’s largely sort of a BS narrative because the system is so complex and so interactive and so resilient ... in order to modify the behavior of a complex biological system or a complex social system or a complex outcome you have to look at the interdependencies of those things," he said. "And so I think what AI does for the first time is we now can measure with multi-omic approaches, comprehensively the state of the human system for the first time, literally, in the last couple of years."

Heywood explained that currently we know roughly 1% of all biology and its relationship to health and outcomes and he thinks there's going to be a rapid shift of that percentage up to 5% or perhaps even 10% over the next few years.

"That's going to redefine everything, but won’t be done in these little engineering pattern diagrams, it’s going to be done by machines that understand how these resilient networks relate and understand each other and the people who figure that out and then connect that to the physiology level," he said.

In other words, AI has the potential to show us a more complete picture of biology, which then can be applied to the way we currently think about tissue-specific diseases and pathway-specific treatments.

"And that's the part that’s going to be interesting because we live in a system that’s horse and buggies and we’re going to suddenly have helicopters and they’re going to be selective and different," Heywood said.

In terms of the most near-term significant impact of AI, Deshpande said that in the drug-discovery realm the hope is that AI tools will enable a more efficient process in developing drugs that will actually have efficacy in the right patient subsets. That would be a huge win, she said, adding that there is lower-hanging fruit in other sectors of healthcare where AI could have an immediate impact, such as helping physicians spot patterns of diabetic retinopathy.

"Remember this is all existential stuff," said Jordan Shlain, a practicing primary care physician and founder of HealthLoop, a cloud-based clinical engagement platform. "When I tell you that you have a disease that’s really concerning, you’re not just going to say ‘whatever the computer says, I’ll do.’ You’re going to say ‘what do you think the computer says?’ There needs to be this human layer … we still need that human broader experience and understanding to say what this means for your next week, month, year in the context of your life. Medicine is far more complicated at the problem surface when you’re taking care of people … rarely is it that black and white, it’s gray all over."

Shlain said there are three main actors in healthcare, which are the patient, the clinician, and the data. Each of those three are of equal importance in the healthcare system, he said.

"The problem is we live in a dimension called time, and so the doctor and the patient and the data are all moving through time in different spaces. But the way the healthcare system works today is when those three things come together in space and time, a decision will be made about what to do with it and it’s usually reactive," he said. "… As soon as a decision is made it lights up the entire industry."

Getting each of those three moving parts to communicate and work together proactively is what the system currently lacks, he explained.

"In a perfect world we would have the doctor, the patient, and the data meet programmatically and contemporaneously to discuss this, to develop a future plan, like a strategic plan for your health asset. Right now we don’t do that, we just wait for something to happen and try to make the best decision we can with the best data and I feel like that’s the illness system, that’s the sick care system and it’s generating a ton of cash but it’s incredibly inefficient."

Right now there is too much information and too many variables that physicians can't possibly know about a patient and their life outside of the doctor's office, but AI-based tools could potentially close that gap by collecting all of that data and packaging up in a way that is meaningful. But, he added, "it's got to be actionable."