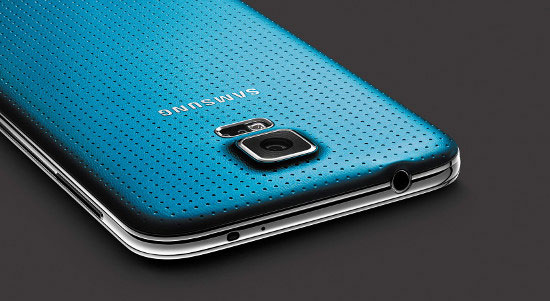 Samsung's Galaxy S5 phone will launch in April and will the first smartphone to feature a dedicated heart rate monitor. Mounted near the device's flash, the monitor requires users to place a finger on the sensor to measure the pulse rate.

The heart-monitoring functionality was included in a 30-second TV spot that aired during the Oscars (embedded below).

South Korea's health agency said last Thursday it will review a fitness feature on the latest smartphone by Samsung Electronics Co. to decide whether to designate the device as medical equipment.

While the phone must be cleared by South Korea's Ministry of Food and Drug Safety before it hits the market there, the device will debut throughout much of the world on April 11. "Even if it is designated as a medical device [in South Korea], the procedure for testing its safety and functions is not complicated," said an official from South Korea's regulatory body.

The rear-mounted heart rate sensor can communicate with the company's Gear Fit smartwatch.

While the phone is reportedly the first to include a dedicated heart rate monitor, similar functionality has existed in the form of a number of apps that use a phone's built-in camera to imitate a medical pulse oximeter. There is, for instance, an app known as "Instant Heart Rate" from Azumio works by having the phone's flash shine a steady beam of light at the skin. The camera sensor then detects color changes in the skin related to the pulse.

By contrast, Apple is reportedly working on more advanced heart-monitoring functionality. The Cupertino, CA-based tech giant holds a patent for a smartphone embedded with ECG sensors.

Health-tracking functionality is rumored to be featured in the iWatch and the iPhone 6.

The Galaxy S5, like the iPhone 5S that debuted last year, includes a fingerprint scanner to enable users to log-in without typing in a password.

Samsung also claims the S5 can stand up to water and dust, and will function after being submersed in water for up to 30 minutes.

Samsung is also working on a 5G wireless standard that could ultimately be a boon for medical devices with wireless functionality.