The Promise of Virtual Reality in Surgery 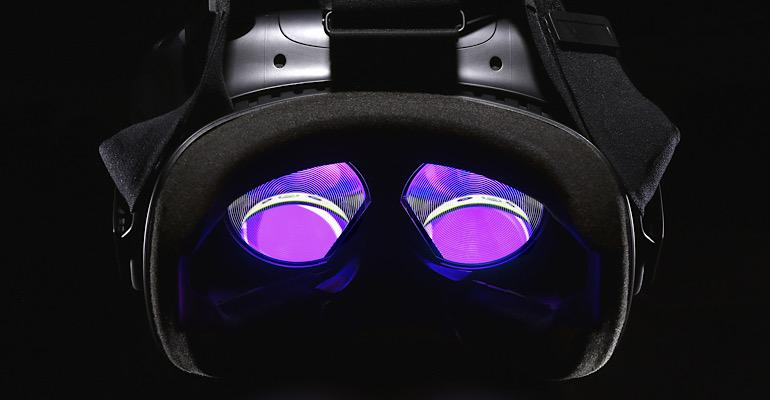 Two recent pilot studies are extending the possible use cases of VR into surgery, both intraoperatively and in post-operative recovery.

The use of virtual reality to combat anxiety, chronic pain, and cognitive decline is well established. Now, two recent pilot studies are extending the possible use cases of VR into the surgical theater, both intraoperatively and in post-operative recovery.

The studies found the use of VR reduced the amount of medication administered to patients who used VR compared to control groups; one found no difference in post-op pain scores while the other found noticeable reduction in pain scores. Both studies also made it a point to note that published work exploring the efficacy of VR in treating pain both during and after surgery was still rare.

“I had seen how VR was used by hospitalists dealing with pain in the hospital,” Vivek Pandrangi, M.D., a fourth-year resident physician at the Oregon Health & Science University, first author of the study published in June in JAMA Otolaryngology, said. “From my standpoint, what was being done in the surgical field was so minimal. Nothing was done in the field of ENT, especially among our hospitalized patients after surgery, so it made sense to see what it might bring to a patient in that context.”

What Pandrangi and his colleagues found, and what the authors of the other study, conducted at Beth Israel Deaconess Hospital in Boston and published in PLOS One, showed promise for VR in surgical pain relief.

Both studies were small (34 in the Beth Israel Deaconess study and 29 in the Oregon study), and among the limitations both noted was a difficulty in blinding participants. But both teams are moving forward in designing larger studies given the pilots’ results.

“These pilots give us the early data to help design the study, to give us the initial outcomes,” Pandrangi said. In terms of addressing the difficulty of blinding, he said “You can’t really blind a patient because they know what they are getting. But I think you may be able to at least blind some of the study team, maybe those who are doing the data analysis as to which intervention people are using. That would be a good next step, in addition to having larger sample sizes.”

Eran Orr, founder, and CEO of Boston-based XRHealth, which provided the VR software for the Beth Israel Deaconess study, said the company is currently involved in 30 additional studies.

“I think we’ll prove in additional clinical trials, the economic benefits are profound,” Orr said. “The medical advantages are clear – I don’t think anyone will argue that general anesthesia is good for anyone. We just need to prove at the moment that this is equivalent. It’s not affecting the patient experience or outcome. And once that will happens, I think this industry will change.”

Time to address the unknowns

While the current state of VR in clinical applications might be considered a bit of a Wild West situation – Pandrangi and his colleagues used the popular Angry Birds game rather than a tailored clinical platform to compare a VR 3D version and a 2D screen game for efficacy, for instance – pioneering clinicians and developers are making strides to create a recognizable and reliable ecosystem of VR technology and applications.

Brennan Spiegel, M.D., director of health services research at Cedars-Sinai Medical Center in Los Angeles, has been in the vanguard of studying and deploying VR technology in patient care. Spiegel called the new studies exciting new explorations in the technology’s use; for instance, while Cedars-Sinai has an active in-patient VR consulting service, including in post-op patient care, they have yet to try it intraoperatively.

Indeed, the growing numbers of possible use cases and the introduction of new technology such as Meta’s new high-end Quest Pro VR system are also stimulating more discussion around how to segue to clinical VR from the predominant consumer-focused market and how to facilitate communication between clinicians in the field.

High on the list of expanding VR’s clinical use is how, or whether, to establish some sort of regulatory pathway that leads to FDA approval for VR applications; Spiegel and Orr both said the rigor of the FDA process might run counter to the usual technology market dynamics of quick introductions and iterations of devices and platforms. Spiegel and colleagues at Cedars-Sinai have gone so far as to publish best practices for VR trials split into three phases (VR1, VR2 and VR3) much as FDA trials are categorized.

“I don’t think patents necessarily need for their digiceutical to be FDA cleared for them to try using it,” Spiegel said. “I am of the mind right now that we need to be moving more stuff directly to consumers after appropriate scientific testing, but in all cases, it doesn’t require an FDA pathway. I’m not saying there’s not an important role for that, there is. I just think there are two different pathways we need to be thinking about right now

“The main thing is, companies that operate in the medical arena need to operate within a set of rules, what it means to be a medical manufacturer,” Orr said, adding that specific content may not be the most important factor for developers to consider. Instead, he said, a stable platform with convenient clinician and patient interfaces that won’t break the immersive experience –  “all the non-sexy enablement you need to do to scale and deploy headsets around the nation” – should be considered absolutely foundational.

Medical VR has advanced to the point that pioneers such as Spiegel think it is ready for a cross-organizational professional organization to address issues such as regulations and reimbursement.

“At Cedars-Sinai, we have one of the largest clinical and research medical extended reality programs in the country and probably the world,” he said. “We are working hard right now to develop resources and infrastructure to help other hospitals start to do this work, but we are also working with a group to create a new medical society surrounding medical extended reality – the AMXRA, the American Medical Extended Reality Association.

“We’re really making progress and hope to make an announcement at the virtual medicine conference we host in March. We just posted the full syllabus yesterday. One of the first talks scheduled is the announcement for the AMXRA.”