People don't generally like to wear electronics, observes Sonny Vu, who is the cofounder of AgaMatrix, a maker of innovative iPhone-interfacing blood-glucose meters that won the Red Dot Design award in 2011 for product design. Since stepping down as the CEO of that company, Vu has set his sights on pushing the boundaries of wearable technology with a firm known as Misfit Wearables.

"In this whole world of wearable technology, what I have found is that it feels like a big misnomer because many of these products are not that wearable," he says. "People don't wear electronics and technology; people wear things like jeans, t-shirts, belts, and shoes. I think our job as product makers is to make products that are either invisible and unobtrusive like a pair of underwear, socks or an undershirt," he says.

That's a tall order, he acknowledges. As is the other possibility he advocates: making a technological products that are so beautiful and elegant people would want to wear them even if it didn't sense anything. "This is the direction we need to head in if we are going to actually make wearable products truly wearable."

Misfit Wearables is exploring the consumer technology space with the goal of making products people would want to wear all of the time. "What is more useless than a really accurate sensor that you don't wear because it is not comfortable or it makes you feel like a dufus wearing it?" he quips. "We have to go to remove the dufus factor from these products. They don't have to necessarily be cool; they just can't be uncool."

After a device has been developed that people will want to wear, they can start developing devices with expanded functionality.

For now, the company is focusing on motion tracking. "Motion is the simplest thing to go after. It is the easiest sensing thing that you can do. But yet you can derive lots of really useful information from it," he says. "That is why we started with that technology [in the Shine]."

The device plans on tracking other parameters than motion in the future. "Clearly we need to move beyond just motion sensing," he says. "We haven't made any announcements about what we will be sensing but we will be releasing another product later in 2013 that will measure some really neat stuff and, again, it is going to be something that is very comfortable to wear that won't make you look like a dufus."

To test the assumption that consumers would want an elegant solid-metal fitness tracker, Misfit Wearables turned to crowd-sourcing. "We ran the experiment on Indiegogo to see if people will actually pay for this thing. We have taken some pretty bold design decisions on the display and the halo of lights that tell you how you are tracking to your daily activity goals," he says. "We launched it on Indiegogo to gauge to see how people will buy into it--literally," he adds. "We didn't just ask people: would you buy this? You being nice might say: "yeah, sure, I'll buy it. But that is not an interesting test. A more interesting test is to say: 'OK, great, give me your credit card and $99 is going to come out of your credit card.'"

The company started with a goal of raising $100,000. The resulting money raised would be used to commercialize the device. "It was supposed to be a 30-day campaign and within 9.5 hours, we got 1400 orders. That helped us cross the $100,000 barrier in under 10 hours," he says. "It was amazing. We got orders from 48 different countries, all 50 states, all with no advertising or marketing."

The Challenge of Putting Design First

Vu acknowledges that it was difficult to design of the Shine first and figure out the functionality after that. "We basically said we are going to make a thing out of solid metal. This is what it is going to look like and this is what the user experience has got to be. Now go make it work," he says. "Basically, we had to come up with new stuff to make it work. The engineers thought this was a crazy idea but we have great technical people and I think they figured out how to do it."

Particularly challenging was the fact that the device was made from a solid piece of aircraft grade aluminum. "Because of that, as you'll remember from your physics, there is a Faraday Cage phenomenon," he says. 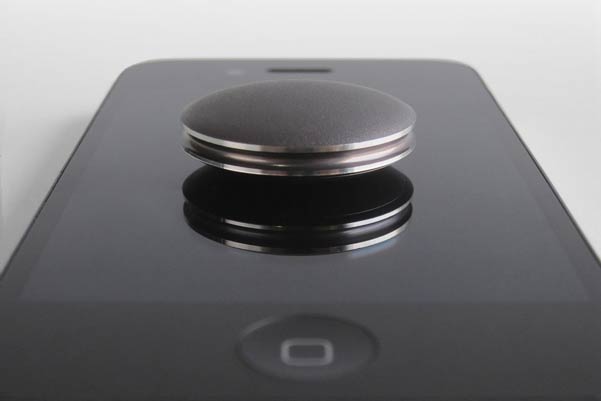 "It was very difficult to transmit data from outside of the device. As a result, we have had to come up with an entirely new way of sending data. We will start shipping the product in March and I am sure that within five minutes of receiving the product, people will say 'oh, that is how they did it.' And it will be a complete non-surprise," he says. "But we did have to break some rules and do some new things to make it work. That was hard. This is the hardest product I've ever made."

The company's focus on design was partly inspired by Apple co-founder Steve Jobs and his penchant for user experience. "We were founded on the day that Steve Jobs died--October 5, 2011. "[AgaMatrix co-founder] Sridhar Iyengar, [former Pepsi and Apple executive] John Sculley, and I were sitting in Menlo Park and then we get text messages and e-mails about Steve dying and we thought: 'Oh my God, I can't believe that happened. That's crazy. And we decided to name the company in honor of him.'"

Vu also draws inspiration from the Lean Startup Movement and talks warmly of the idea of "iterating as fast as you can so that you can learn based on user input." He continues: "Meaning: make some stuff, get some feedback, update it, get more feedback, and if you are moving in the wrong direction, back up and do something else. Do that as rapidly as you can because the lifetime of your startup is not measured in months but the number of times that you can pivot."

The question is: how do you apply that software strategy to developing hardware? "That is not an easy thing to do," he says. It is not easy to build a product and then say, immediately after: 'OK, let's do another one.' Still, a number of companies are becoming trailblazers in this field. "They will 3-D print stuff, lay out a board, try it out, make a bunch of prototypes and have people try them out. If it works, great. Take it production. If it doesn't, re-do the form factor, try something else and try it again."

Misfit Wearables had the unique challenge of dealing with metal, which made it difficult to make quick iterations of product prototypes. Still, he stands by his choice of material. "It is really not until you hold and feel the product in its original material that you get why it is so magical. When you hold the Shine, it doesn't feel like a piece of technology. It looks like an alien piece of technology to be honest," he says. "I don't think most people have seen an electronic device that feels like this. It literally feels like a button. It is smooth like a button. It is a matte gunmetal gray finish. It is beautiful. We have had some challenges trying to figure out how to move quickly but one of the ways was to make a prototype, make a video, and share it with the world, and see what people think."