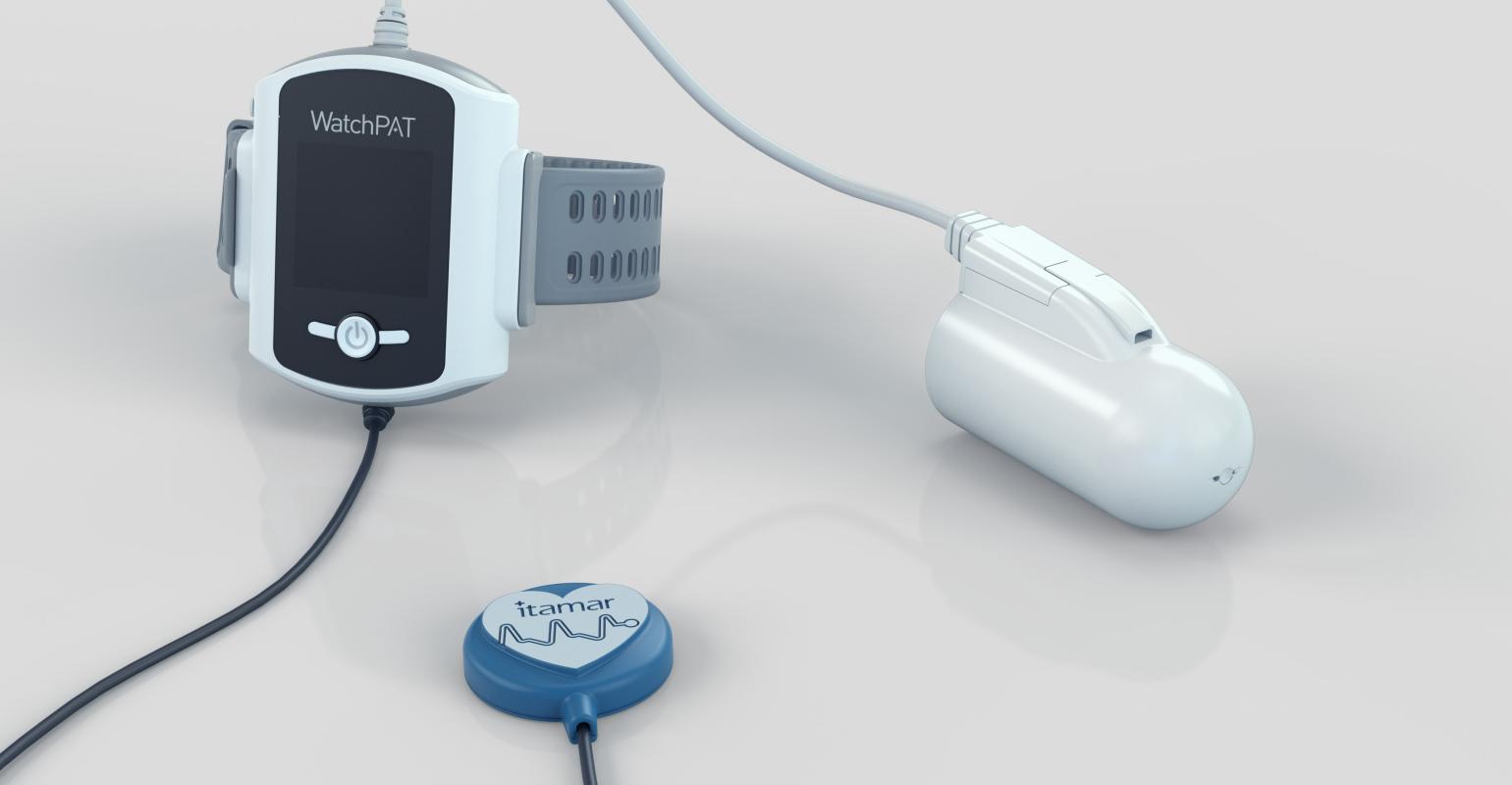 Patients interested in testing themselves at home for sleep apnea now have a few more options.

Earlier this year Itamar Medical Ltd. introduced its third-generation WatchPAT home sleep apnea test (HSAT), the WatchPAT 300, and in June 2019, it debuted WatchPAT ONE, which the company calls the first and only disposable HSAT in the market.

This month Blue Shield of California (BSC) and the Blue Cross Blue Shield Federal Employee Plan (BCBS FEP) included WatchPAT as a covered HSAT, Itamar reported in a news release. It added that changes in the U.S. Centers for Medicare & Medicaid Services (CMS) 2020 Fee Schedule are expected to continue to support and expand the broad use of its WatchPAT technology.

“The inclusion of WatchPAT as a technically adequate test for sleep apnea in the Blue Cross Blue Shield Evidence Street assessment validates the clinical value that Itamar’s PAT technology provides, which has resulted in a number of the smaller “blues” adopting WatchPAT in addition to the BS of CA and BCBS Federal Employee Plan,” Gilad Glick, president and CEO, told MD+DI.

Instead of measuring airflow coming out of the nose of the patients, WatchPAT technology measures biological signals, such as peripheral arterial tone (PAT) signal, heart rate, oximetry, actigraphy, body position, snoring, and chest via three points of contact. “The PAT signal, combined with other measures, detects the neuro vascular implication of sleep apnea event,” Glick said. “PAT signal is a non-invasive window into the cardiovascular system and autonomic nervous system. The PAT signal measures blood volume changes in peripheral arterial beds, i.e., in the fingers. It uses the finger with high vascularity to measure blood volume changes. The human hand has alpha adrenergic receptor pathways, which is a surrogate for sympathetic nervous system activation (fight or flight), but no beta adrenergic receptors that interfere, and therefore all changes in blood volume can be attributed to sympathetic activation, which is a clinically validated surrogate for autonomic arousals and micro-arousals found in sleep disordered breathing.”

Because it is monitoring such signals instead of airflow, WatchPAT does not need facial interface. It requires three points of contact for such measurements: a watch on the wrist, a sensor on one finger, and a coin-sized flat sensor on the sternal notch. “The WatchPAT brings improved features to improve accuracy, comprehensiveness, and workflow and a more comfortable design for the patient,” he said.

The proprietary WatchPAT actigraphy algorithm monitors the PAT signal along with heart rate changes, body motion, chest motion, and oximetry desaturations or re-saturations to differentiate between wake and sleep periods to calculate “true sleep time.” It uses the PAT amplitude and pulse rate to differentiate between non-REM and REM to create a sleep architecture (light, deep, REM), Glick explained. It “calculates apnea-hypopnea index (AHI) and respiratory disturbance index (RDI) using the patient's true sleep time rather than the recorded time used in most commercially available HSATs that do not use EEG electrodes,” he said. The algorithm also measures oxygen desaturation index (ODI) and differentiates between obstructive and central events, and it provides context of the stage of sleep they occurred providing the physician with a comprehensive assessment of the patient, he added.

“Knowing the sleep architecture improves the accuracy of the respiratory indices and test sensitivity, and [such] specificity allows the clinician to make a diagnosis for the potential for an elevated REM AHI, which has been shown to correlate with an odds ratio increased risk of hypertension and/or diabetes,” he said. “Within one-minute post study, the raw data is downloaded and auto-scored differentiating obstructive and central events, providing an AHI, RDI, and ODI based upon true sleep time and sleep staging.”

The system has been clinically validated. “Both the AHI and RDI derived from the WatchPAT were clinically validated in multiple company-sponsored and independent studies when compared simultaneously with gold-standard in-lab attended polysomnography (PSG) testing and demonstrated in about 1000 patients accumulatively an 89% correlation to PSG,” Glick said. (The company referenced the following study: Diagnosis of obstructive sleep apnea by peripheral arterial tonometry: meta-analysis, JAMA Otolaryngol Head Neck Surgery, December 2013.)

All biosignal data is stored on the watch and can be downloaded either to its zzzPAT software on a PC or to its CloudPAT software hosted on the cloud and can be accessed through a simple browser. CloudPAT platform is a HIPPA-compliant, cloud-based IT solution for secure patient data transfer and convenient sleep study interpretation and diagnosis, Glick said.

“In our newly launched WatchPAT ONE, data from the sensors is collected by the device and then transmitted throughout the night to a smartphone with the WatchPAT ONE App via Bluetooth,” he said. “The data is then securely transferred to a server for report generation at the conclusion of the sleep study.

“SleePATh expands the CloudPAT platform with a dashboard to assist non-sleep physicians, in particular cardiologists, in monitoring patient CPAP therapy compliance and the patient care pathway,” he continued. “In either case the advanced algorithm takes the raw data and autoscores events in an automated report is detailing sleep architecture, sleep efficiency, sleep latency, REM and non-REM related apnea events.

The WatchPAT HSAT line of products received its initial FDA clearance in 2001 and CMS coverage in 2009.