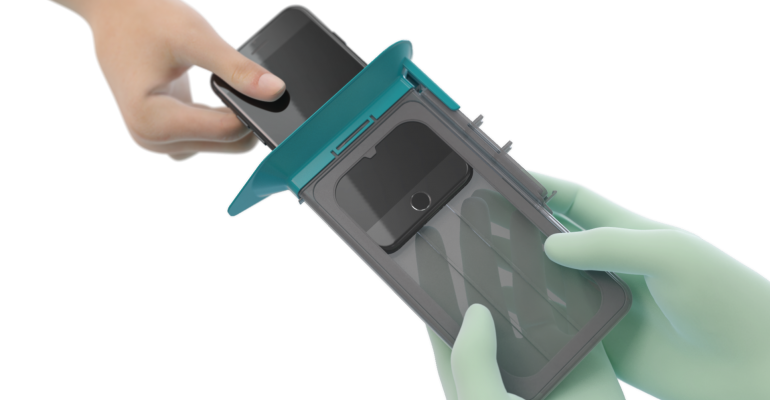 A new and relatively simple device can help surgeons use mobile technologies to deliver better healthcare to their patients. The CleanCase device cover developed by SteriDev is a single-use rigid case that safely allows access to a mobile device in the sterile field using a patented method. “The rigid case preserves full functionality of the mobile device, and the efficient transfer technique gets it into the sterile field,” said Rob Zondervan, PhD, and CEO and founder of SteriDev, in an interview with MD+DI.

Zondervan, who is also a medical student, recalled an incident a few years ago when he was involved in a surgical case that needed to be documented. “I had to scrub out to remove myself from the field to take some photos. I couldn’t get the right angle, and it just wasn’t convenient or safe, so I thought there has to be a safer and more efficient way to do this.” He said there are a couple of other device cover options on the market currently, but they sacrifice a lot of function. “They’re kind of a one-size-fits-all design that is essentially a sterile plastic baggie,” he continued. “The problem is that as you are sliding your sterile glove across the screen of a mobile device, the bags move with it, and it limits functionality.”

The CleanCase device cover is device-specific and currently fits Apple iPhones 6 and 7. “We did market research early on, and we saw that the majority of surgeons are using Apple products,” said Zondervan. SteriDev is currently developing models for different devices as well as for tablets.

The patented transfer process into a sterile field is achieved by having a nonsterile person place the mobile device with the camera facing them through a funnel into the CleanCase, which is held by a sterile person. The funnel is then removed and discarded and the case is locked. “Now the mobile device is inside the case, and it can be closed without risk of contaminating the sterile field or infecting patients,” said Zondervan. This is similar to aseptic transfer, an already established procedure common in operating rooms and doesn’t require special training by users.

“We've had our first uses in operating rooms and so far, the feedback is excellent,” Zondervan continued. “Surgeons are already seeing different ways they can use it--ways they can make their own surgeries more efficient, by bringing all the technologies that have already existed in a nonsterile environment in the hospital and now bringing that into the sterile environment.” 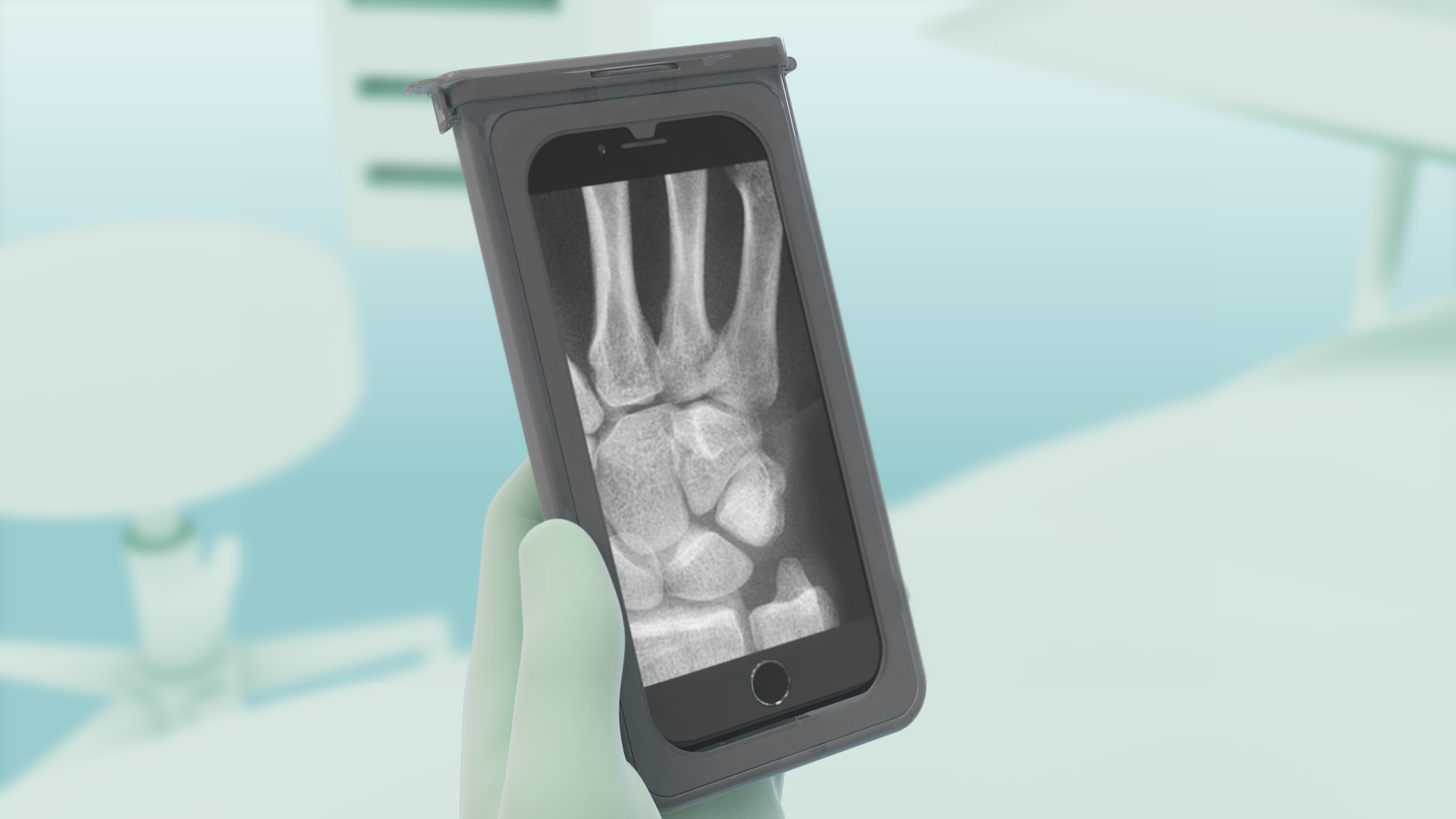 Zondervan said that SteriDev is also seeing an increased interest in corporate partners and app developers who are seeing an opportunity to improve surgical care and other procedures. “Some examples are augmented reality guided procedures or biopsies, or counting how many devices are in the surgical field, or estimating blood loss,” he explained.

Besides working on models for different devices, SteriDev is working on a way to mount the mobile device in the surgical field so it doesn’t have to be handheld. “That would involve an arm attached to a physical bed, which is attached to the back of a case,” said Zondervan. The company is also working on a tablet cover, and Zondervan said they have had a lot of interest in that, especially from app developers. He expects those products will be released by next year.