Home>Technologies>Digital Health
Recent
AWT Labels & Packaging Adds New Mark Andy P Series Press and More Supplier News
May 07, 2021
These Digital Health and Medtech Companies Are Changing the Game in Maternal Health
May 07, 2021
Medical Device Design: Join Us for a Day of Inspiration
May 07, 2021
A New Contender in the Diabetes Market
May 06, 2021 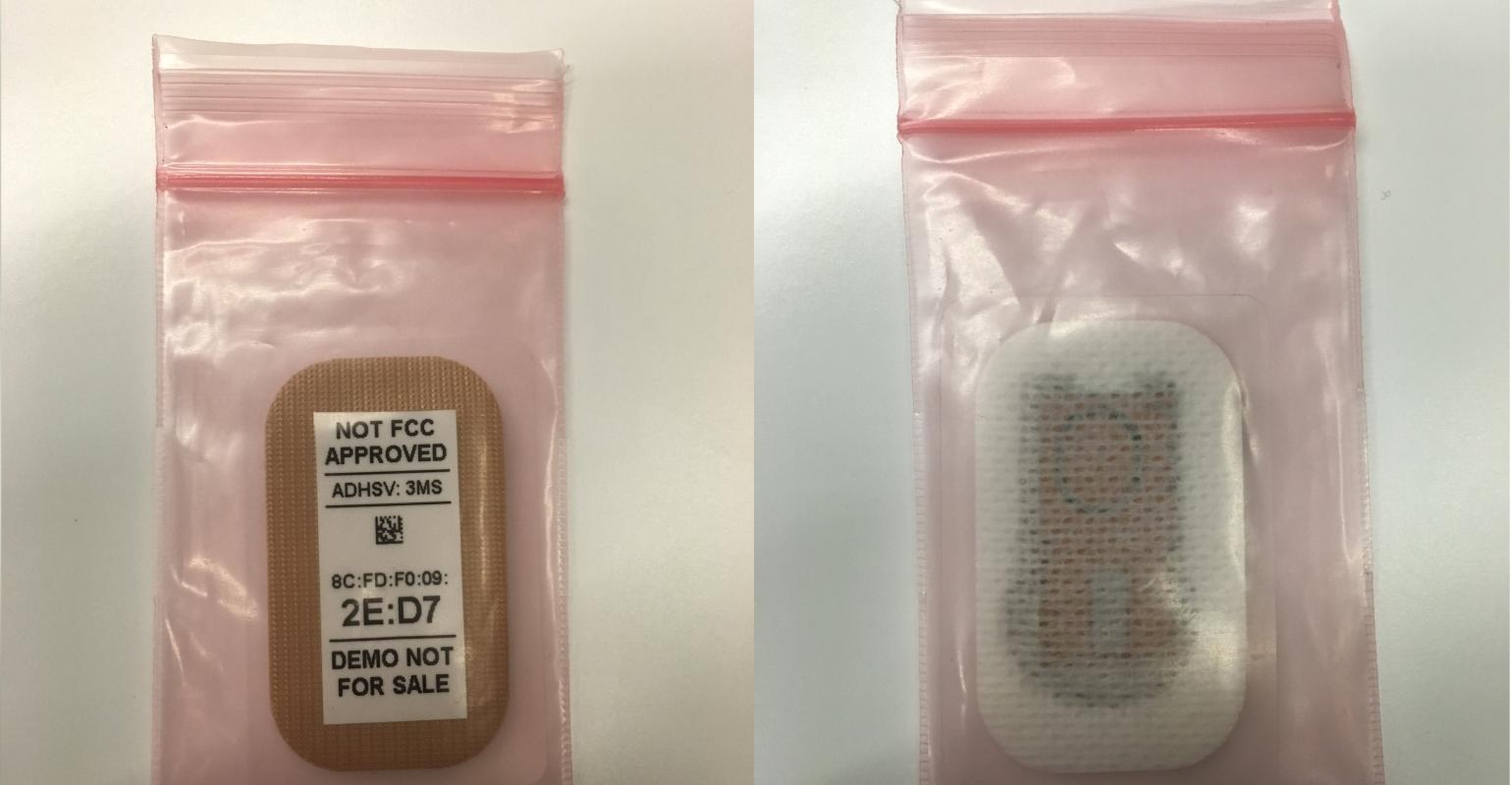 Shown are the front (left) and back (right) sides of the biometric patch Qualcomm Life senior vice president and chief medical officer James Mault, MD, passed around during a panel discussion at the Medtech Conference hosted by AdvaMed on Tuesday.
The single-use biometric patch has a seven-day battery life, measures heart rate, respiratory rate, and body temperature, and costs around $3.

Qualcomm Life, the healthcare subsidiary of telecom giant Qualcomm Inc., yesterday announced that it has developed reference designs for single-use, connected, medical-grade biometric patches that will be commercially available in 2018.

Details in a press release about the patches were scant, but James Mault, MD, FACS, senior vice president and chief medical officer at Qualcomm Life provided a few specifics Tuesday during a panel discussion at the Medtech Conference hosted by industry trade group AdvaMed in San Jose.

The Bluetooth Low Energy–enabled patches have a seven-day battery life and can measure motion, heart rate, respiratory rate, and body temperature, Mault said. But more importantly, they can do it for “dirt cheap.”

“We’re talking about something that costs $3 instead of $100,” he said. “That changes everything and now makes it possible to stick one of these puppies on everybody that leaves the hospital, and you can mail one to everybody that’s not near the hospital, and you can know what’s going on with them. It will tell you whether they’re having symptoms of rheumatoid arthritis, or Parkinson’s, or MS.”

The patches will give providers access to near-real-time data, according to a press release.

“We have to go from a black hole to even a little bit of information that will start to tell us things we never dreamed of knowing,” Mault said.

Qualcomm has licensed the reference designs for the patches to electronics manufacturer Benchmark Electronics Inc., which will serve as the manufacturer of record for the devices and through which they will be commercially available next year.