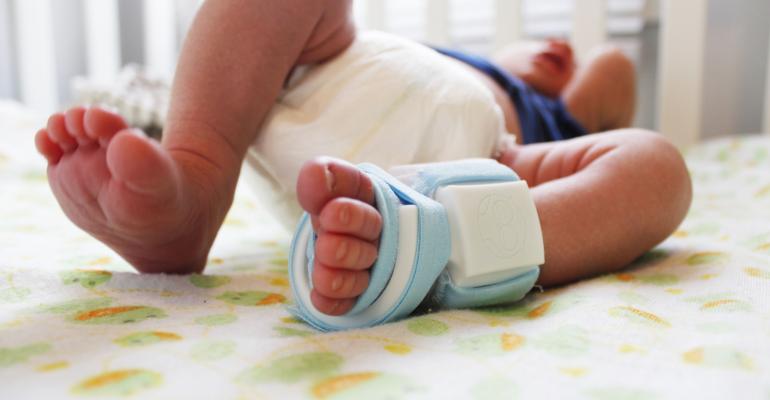 The Owlet Vitals Monitor wants to become a mhealth tool in the fight to prevent Sudden Infant Death Syndrome.

With so many health monitors pushing into the digital health space, it's getting more and more difficult for a newcomer to justify its presence in the market. But Salt Lake City-based Owlet Baby Care has found an untapped, population segment for mhealth – infants. 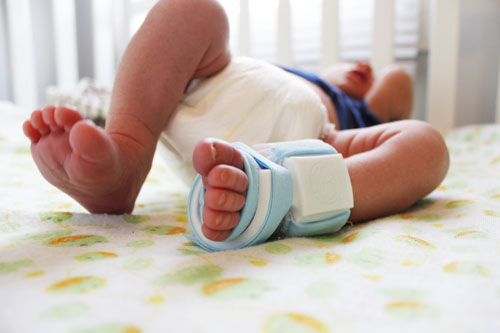 The Owlet Vitals Monitor is a “smart sock” for infants that transmits a child's heart rate, oxygen levels, skin temperature, and sleep position (when the infant rolls over) to a parent's smartphone or other Internet-enabled device via an accompanying app. Worn on the infant's foot, the Owlet employs a proprietary four-sensor pulse oximeter (more than a typical hospital pulse oximeter) and is designed to accommodate for foot growth, movement, and changes in ambient light levels. It also features an accelerometer to help monitor sleep quality.
Kurt Workman, the founder/CEO of Owlet, says he first had the idea when caring for his prematurely-born twin cousins and after having another cousin pass away from Sudden Infant Death Syndrome (SIDS). The company wants the Owlet to become a powerful tool in the fight against SIDS, which kills roughly 2000 infants a year in the United States alone. “Every parent knows what it’s like to lay in bed and stress about whether your child is breathing.“ says Jacob Colvin, Owlet Founder and father of two. The company says that there are no consumer products available that can show parents their child's heart rate and oxygen levels. Workman and his team believe, while the Owlet Vitals Monitor should not be used for diagnostic purposes, it can provide an affordable alternative to hospital pulse oximeters for families. 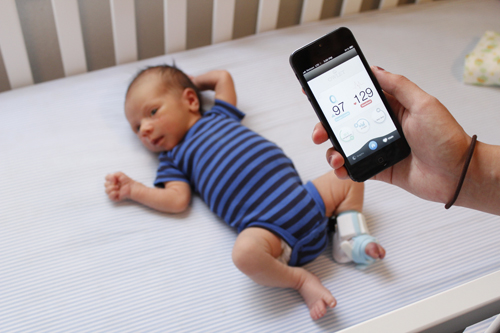 Owlet also has plans to share an anonymous database of health data collected from infants by the Vitals Monitor with infant disease researchers. The ultimate goal is to create the world's largest set of infant health data; bringing babies into the quantified self movement.
The company is currently running a crowdfunding campaign for the Owlet, hoping to raise $100,000 to mass produce the device, but chose to run the campaign from its own site rather than popular crowdfunding sites like Kickstarter and Indiegogo. Kickstarter actually rejected the Owlet due to its policies against infant products. “Indiegogo is a very small platform, and being able to send such an important message our way was very important to us,” Workman says. “Our situation is different than most campaigns: if we don’t deliver our product on time, then it loses value for parents.”
Owlet is already currently working with FDA on an improved version of the Owlet Vitals Monitor that will add new features including an alarm that will notify parents when their infant's heart rate or oxygen levels drop. The company expects to finish FDA clearance by 2015.
Images courtesy Owlet Baby Care
-Chris Wiltz, Associate Editor, MD+DI[email protected]
TAGS: News
0 comments
Hide comments
Related