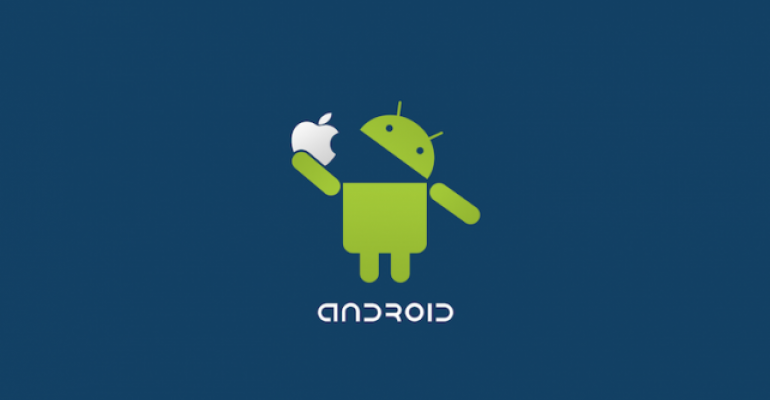 In a piece for Forbes, writer Dan Munro argues that Apple's popularity won't necessarily give the company a leg up in the healthcare space

If the fanfare over the iPhone 6 has proven anything it's that Apple's customers are just as loyal and rabid as ever. Meanwhile, the last time people waited in line for hours for a Google product was...well, it hasn't ever happened.

However, in a piece for Forbes, writer Dan Munro argues that Apple's popularity won't necessarily give the company a leg up in the healthcare space—especially given how deeply Android phones have penetrated the market. While Apple may be a top selling brand, it's the only one with iOS phones. Phones that run on Google's Android OS outnumber iPhones 2-to-1 according to estimates.
Munro argues for three key reasons Google will win out over Apple in the healthcare space:
1.) Google is winning with software
As mentioned, Android has a large piece of the market. Munro says that even though developers may begin creating apps for iOS, they must acknowledge the majority market uses Android.

In the app ecosystem, while there continues to be an increase in the amount of time we spend using apps, the capacity for either Apple or Google to make this experience unique or vastly different from each other is very limited. In fact, mobile app developers themselves are keenly focused on creating a similar end-user experience regardless of the hardware device. They often lead with development on iOS - and Apple is the more lucrative source of revenue for developers - but that has limited applicability on the enterprise side.

2.) Enterprise Healthcare isn't bound by exclusivity
Apple may have a lot of big healthcare partners, but Munro argues that none of this partnership implies exclusivity.

Enterprise healthcare solutions looking to engage patients aren’t looking to generate revenue with mobile apps - and similarly - any app development they do is an enterprise cost associated with large IT budgets. This isn’t remotely comparable to an early stage software venture eager to impress venture capitalists with simple download and usage metrics.

3.) iPhones are expensive
When it comes to mass adoption who do you think will get their first? The iPhone which retails righ tnow at $649 and $849 respectively for the two versions of the new iPhone 6, or Android which boasts phones which can retail for under $200?
Do you agree with this assessment? Read the full article at Forbes.
[image via www.techvoize.com]
-Chris Wiltz, Associate Editor, MD+DI
[email protected]
TAGS: Regulatory & Quality
0 comments
Hide comments
Related