Medtech Vs. Wearable Tech in a Cartoon 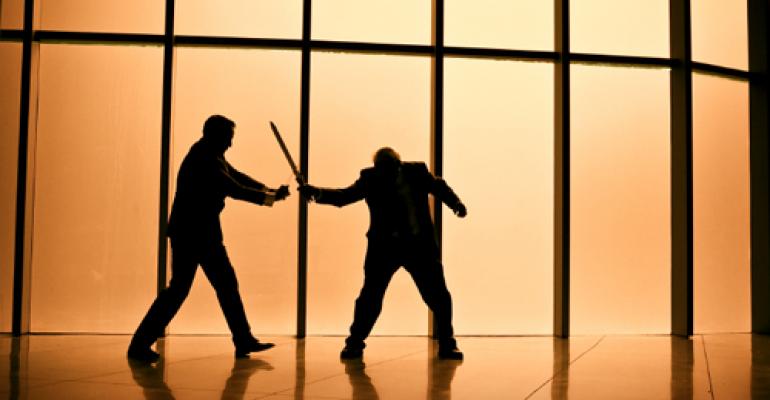 A cartoon usurps Aesop's tortoise and the hare tale to humorously capture the difference between traditional medtech firms and their upstart wearable devices brethren.

A cartoon usurps Aesop's tortoise and the hare tale to humorously capture the difference between traditional medtech firms and their upstart wearable devices brethren.

A healthcare futurist a few years ago declared that Silicon Valley has set its sights on the medtech industry.

They see it as slow and ripe for disruption. He wasn't wrong given how nontraditional companies like Apple, Google and Samsung are innovating in healthcare.

Perhaps the best description of the divide between the latest hot new healthcare trend - wearables - and medtech if we are to separate the sides into two distinct, battling camps comes from this cartoon below. Much thanks goes to Robert Connor, CEO of Medibiotics, who shared it as part of his presentation on wearable devices Tuesday at the Design of Medical Devices conference hosted by the University of Minnesota. 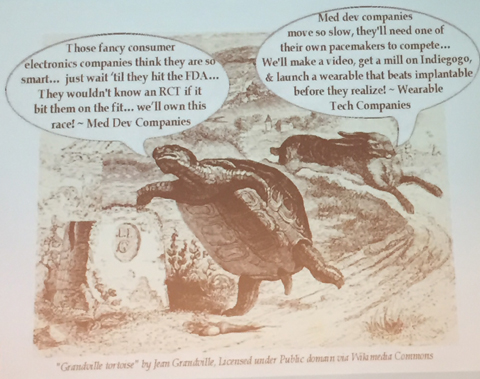 Connor, being from Minnesota well known for its vaunted position in the medtech world, is happy to see the cartoon show the tortoise win and not turn Aesop's fable on its head.

Like all good humor, there are kernels of truth in the cartoon above. But the landscape is more complicated and nuanced than the cartoon portraying the warring sides would have us believe.

In fact, collaboration between groups that had no relationship before seems to be the path forward. It's through partnerships that the old and the new, the established and the cutting edge can leverage their individual strengths for the collective betterment of all.

And today's announcement from IBM - where it is teaming up with Johnson & Johnson, Medtronic and Apple - sees to me more representative of the future that is yet to come.