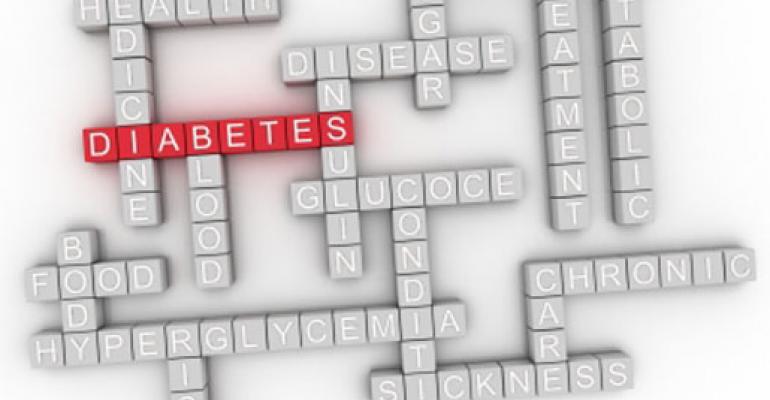 With the Sugar.IQ, Medtronic and IBM artfully balance a “minimum viable product” mindset with powerful features that diabetes patients will actually use.

With the Sugar.IQ app, Medtronic and IBM artfully balance a "minimum viable product" mindset with powerful features that patients with diabetes will actually use.

In January 2016, the CEOs of IBM and Medtronic took the stage at the Consumer Electronics Show (CES) to announce the their vision for an intelligent diabetes app powered by machine learning tools from IBM's Watson Health. Less than nine months later, the partners announced the first use of their Sugar.IQ app in patients.

If that sounds more like a Silicon Valley innovation curve, you're not wrong. With Sugar.IQ, Medtronic and IBM Watson Health intentionally employed the startup mentality of launching a "minimum viable product," and then re-molding the app based on user feedback and new features designed along the way.

The initial launch of Sugar.IQ is limited to 100 users, with a broader launch expected by the end of the year. The app is only available in iOS, and can only be used by diabetes patients who already have Medtronic's continuous glucose monitoring (CGM) devices. That means Sugar.IQ is out of reach for a majority of the 422 million people with diabetes across the globe.

"But that's OK," said Adam Brown, a senior editor for diaTribe.org. "I commend Medtronic for being willing to launch a product that is not what the ultimate vision is. As the 'minimum viable product' mindset moves into diabetes, it's going to result in better products for patients in the long run."

Brown, who has diabetes, has seen a demo of Sugar.IQ and is impressed with the features that are packed in this first iteration. The app's claim to fame is Watson's so-called "cognitive computing" technology, which allows the app to identify patterns and eventually make predictions based on monitor data and user input on diet and exercise.

Sugar.IQ can give users insights based on population-level statistics on the very first day of use. After a few weeks, it can offer specific suggestions and push notifications based on personalized data from daily life. The companies are currently collecting feedback about the user experience and will modify the app's navigation and design accordingly.

Medtronic and IBM have big plans from there. The software design "will allow for pretty rapid additions and features," said Pamela Reese, Medtronic's senior manager of communications, and the companies have a very specific roadmap for Sugar.IQ upgrades. Although they are not sharing specific timelines, users can expect major feature updates at least once per year, said Reese.

Perhaps the most highly anticipated feature is a hypoglycemia prediction tool.

"Most of the time, people with diabetes have to manage all by themselves," said Kathy McGroddy-Goetz, VP of Partnerships and Solutions, IBM Watson Health. If their blood sugar goes too low, "it's dangerous . . . people can go into a coma and die."

In fact, hypoglycemica predication was part of feasibility testing of Sugar.IQ algorithms, McGroddy-Goetz said. Relatively early on in product development they found that Watson was able to predict a low-blood sugar emergency three to four hours in advance, said McGroddy-Goetz.

"To be able to predict hypoglycemia . . . is transformative," McGroddy-Goetz said. Medtronic and IBM hope to roll out a real-world hypoglycemia prediction feature "shortly after the first release," said Huzefa Neemuchwala, senior director of data and informatics innovation in diabetes service and solutions at Medtronic.

Another anticipated feature makes use of Watson's ability to understand natural language. Like Apple's Siri, users will be able to ask the app questions like, "What was my blood sugar last time I went on a flight?," or "What should I eat for dinner knowing what you know about my levels today?," said Neemuchwala.

Insulin is a live-saving drug, but also very dangerous if dosed incorrectly. Even with continuous glucose monitoring, it can still be difficult for patients to recognize patterns and know exactly how much insulin to take, Brown said.

"We do all this math all day that is so much better for a computer to do," said Kelly Close, founder and chair of The diaTribe foundation. Current diabetes management puts a lot of pressure on a person, and mobile technology offers an opportunity to collect so much data, said McGroddy-Goetz. In addition to data streaming from the CGM device, a smartphone's GPS system and even a weather forecast could feed into Watson's algorithm and help build better suggestions for patients.

Medtronic plans to make the Sugar.IQ app available as a free download. In the future, the partners aim to make the app available on Android operating systems and even expand the app's services to patients who use traditional blood glucose monitors, said Neemuchwala.

Medtronic and IBM are teaming up on other projects within diabetes. Soon the partners will be piloting a software platform called the Turning Point Program, which aims to evaluate very sick diabetes patients who are likely to fall ill again after being discharged. This product will be sold to healthcare providers and will use Watson technology to help reduce hospital readmission rates.

Despite the rapid pace of Sugar.IQ's development, Medtronic's Neemuchwala says he takes the same cautious approach to software products as the company's core business of hardware and medical devices.

"We believe we have an obligation to serve the patients with outcomes, not gimmicks," he said.