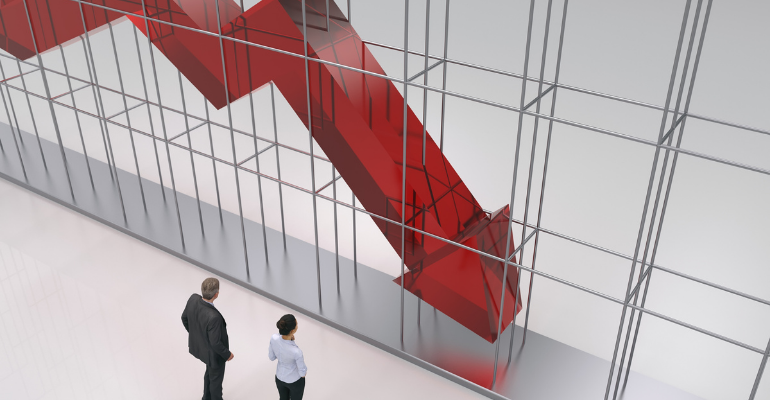 Reduced Medicare reimbursement rates is being cited as the main reason iRhythm's stock has tumbled, but is there more to the story than reimbursement?

Novitas Solutions, a regional Medicare Administrative Contractor (MAC), caught analysts off guard Friday by posting an updated reimbursement rate list for CPT codes (current procedural terminology) that cover iRhythm Technologies' Zio Patch. The newly posted rate is well below the rate iRhythm previously received from Novitas, but that wasn't the only thing that had analysts scratching their heads.

"This surprise update stumped us this morning, not only because of the large cut, but because we were shocked by the quick turnaround and the lack of notice from [iRhythm]," Marie Thibault, a BTIG analyst, wrote in a note to investors on Friday.

Thibault had spoken with iRhythm management earlier in January, at which time the company said it had reached out to Novitas and expected the negotiation process to take several weeks. The analyst said she had anticipated a decision might be available by the end of the first quarter.

The pricing setback also comes at a time when iRhythm is under new management, and thein the ambulatory cardiac monitoring space has seen a great deal of M&A activity. Mike Coyle, who previously headed up Medtronic's cardiovascular portfolio, has replaced Kevin King as CEO of iRhythm. King retired in mid-January, a move that was not unexpected.

iRhythm issued a statement Friday that has been coordinating with other industry participants to seek appropriate carrier pricing for CPT codes 93241, 93243, 93245 and 93247. iRhythm submitted a meeting request with Novitas on January 3, 2021. iRhythm anticipates meeting with Novitas but as of Friday the meeting had not been scheduled.

"The company believes that the published rates by Novitas on Jan. 29, 2021, are crosswalked from CPT codes 93224 and 93226, which are existing CPT codes for external continuous electrocardiographic recording up to 48 hours," iRhythm said in the statement. "The company is seeking additional information from Novitas and will provide updates as soon as practicable."

Thibault raised several good questions in her report that are likely on the minds of investors. For starters, does Friday's update mean the new low rates are set in stone or merely a starting point for negotiations? If the posted rates are just placeholders, how will the company's revenue be impacted in the meantime?

"There is clearly room for concern and speculation, but we also point out that nothing has really changed either — the negotiation process hasn't started, we think there is still potential for status quo rates, and we think [iRhythm] should at least be able to have a discussion with Novitas given the company's relationship with the MAC," Thibault said. "We are choosing to stay patient for updates on the process and do not yet see a need to change our forecast or long-term view on [iRhythm stock].

But patience doesn't come easy when investment dollars are on the line.

"We are placing our 'buy' rating and $273 [price target] on [iRhythm's stock] 'under review' and are suspending our estimates in light of Friday's decision by CMS contractors Novitas and First Coast to reduce FY2021 payment rates by 70%+ vs. an expectation of minimal change, creating significant uncertainty relative to payment rates from potentially all payers and therefore overall company revenue," Canaccord Genuity analyst William Plovanic wrote in a note to investors Monday. "While CMS contractors represent only ~25% of revenues, of which Novitas is the majority, we surmise that the other MACs may follow Novitas’ lead (First Coast already has), and also note that typically commercial payers tend to directionally, if not proportionately, follow MAC reimbursement."

Plovanic acknowledged that these initial decisions from Novitas and First Coast may be only process driven, and that a payment rate is required to be set per CMS rules by the end of the month. However, the analyst also noted that the uncertainty created by these decisions and process required to change the payment rates will likely hang over the stock for at least the next 30 days, and possibly up to 90 days.

"We believe contracted payers could attempt to renegotiate, which could be an incremental headwind," Saxon said. "We believe the majority of [iRhythm's] volumes are through its Houston independent diagnostic testing facility (IDTF) and covered by Novitas. Reimbursement uncertainty could remain an overhang for [the stock] in the near-term, in our view."

Saxon also points out, however, that given the recent M&A activity in the ambulatory cardiac monitoring space and iRhythm's current valuation following the pullback, that the company could be an attractive acquisition target.

iRhythm isn't the only company impacted