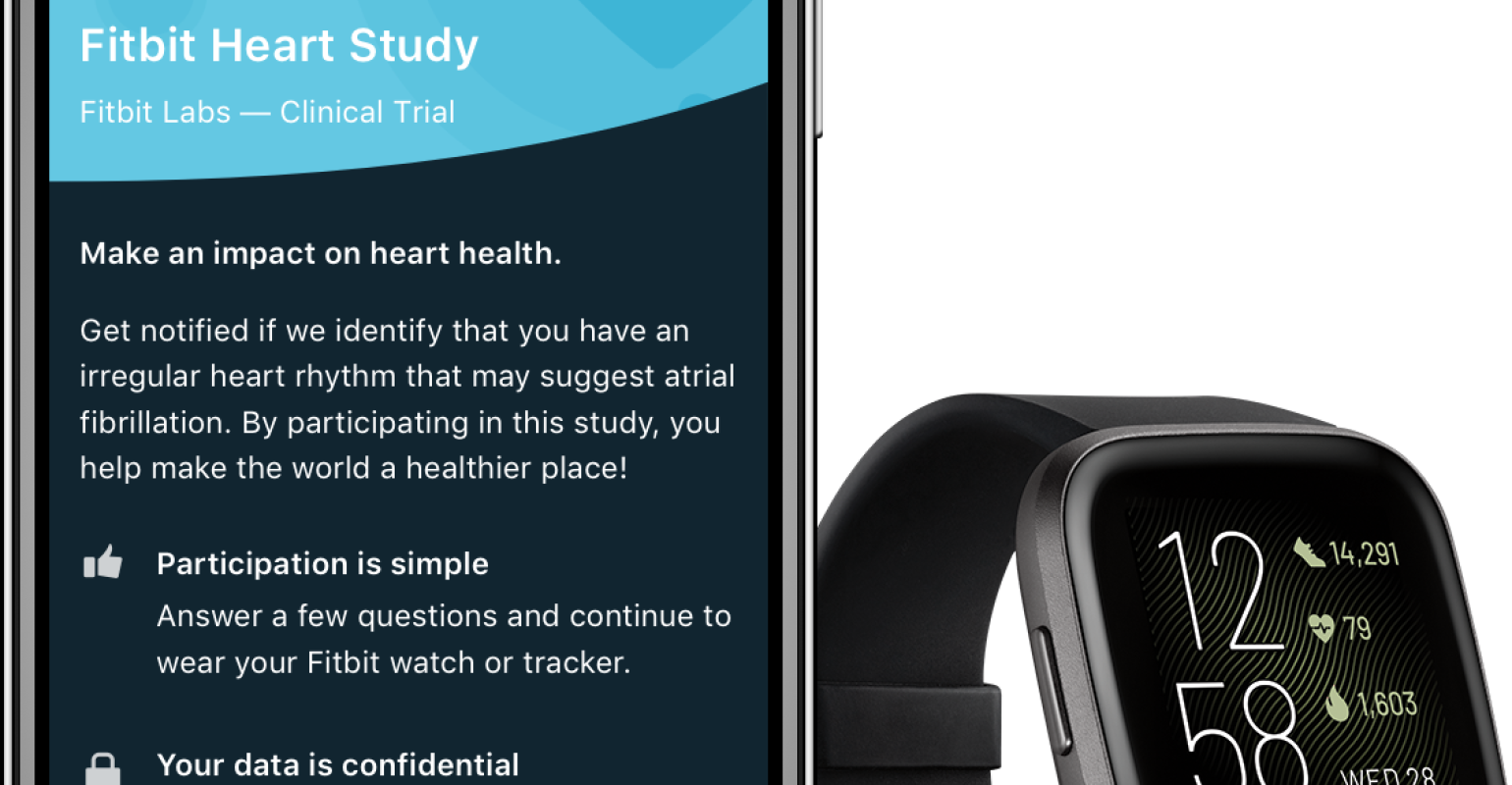 The study comes in the middle of Fitbit being acquired by Google. However, the $2.1 billion deal is under scrutiny by the Department of Justice, according to an article from The New York Post. Critics said the deal could pose increased threats to customer privacy, The Post reports.

Fitbit is launching a large-scale virtual study to validate the use of its wearable technology to identify atrial fibrillation in patients. The San Francisco, CA-based company said it plans to enroll hundreds of thousands of people in the Fitbit Heart Study.

Results from the study could help with regulatory submissions.

The company said its wearables have the potential to accelerate AFib detection because their 24/7 heart rate tracking is powered by long battery life, which allows users to wear their device for multiple days at a time.

To track heart rate, Fitbit’s devices use photoplethysmography (PPG) technology to measure the rate of blood flow directly from a user’s wrist. Theoretically, these measurements can be used to determine a user’s heart rhythm, which Fitbit’s algorithm will analyze for irregularities in the Fitbit Heart Study.

The company said study participants who receive a notification about an irregular heart rhythm will be connected with a doctor for a virtual appointment at no cost to get more information and may receive an electrocardiogram (ECG) patch in the mail at no cost to confirm the notification.

“Since we first brought heart rate tracking to the wrist in 2015, we have continued to innovate and provide users with a deeper understanding of their heart health through features like Sleep Stages, Cardio Fitness Level and now Active Zone Minutes,” Eric Friedman, Fitbit co-founder and CTO, said in a release. “The Fitbit Heart Study advances our heart health efforts. Long-term passive heart rhythm assessment with our wide range of affordable devices powered by 24/7 heart rate tracking technology has the potential to improve earlier identification of AFib, which is a key to reducing the risk of a life-threatening event like stroke. By doing this important research we have the opportunity to develop and provide access to technology that may be able to improve public health and save lives.”

Fitbit’s Heart Study comes at an interesting time for the company as it is in the middle of being acquired by Google. The $2.1 billion deal was announced in November of 2019 but has been stalled because it has come under scrutiny by the Department of Justice, according to an article from The New York Post. Critics said the deal could pose increased threats to customer privacy, The Post reports.

If the deal were to clear, it would give Google enough firepower to go wrist-to-wrist with Apple in the wearables market. The Cupertino, CA-based company made headlines in 2018 when it received a nod from FDA for an ECG app, a software-only mobile medical application that can classify whether there are signs of AFib, and another software-only mobile medical app analyzing pulse rates or irregular rhythms.