The agency is holding a competition for a mobile health solution to reduce the epidemic of painkiller overdose deaths across the United States. 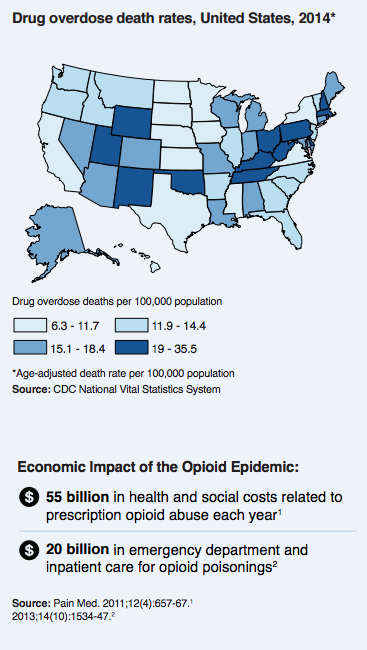 FDA is calling on innovators from all disciplines to create a mobile phone app that can help people overdosing from prescription painkillers, heroin, and other opioids connect with people nearby who are carrying the prescription overdose antidote naloxone. (Nalaxone is sold under the brand name Narcan, among others.)

The 2016 Naloxone App Competition will provide a $40,000 prize to the highest scoring entrant, as well as potential access to NIDA Small Business Innovation Research (SBIR) grants. FDA is holding the competition with support from the National Institute on Drug Abuse (NIDA) and the Substance Abuse and Mental Health Services Administration (SAMHSA).

"With a dramatic increase in the number of opioid overdose deaths in the U.S., there's a vital need to harness the power of new technologies to quickly and effectively link individuals experiencing an overdose--or a bystander such as a friend or family member--with someone who carries and can administer the life-saving medication," FDA Commissioner Robert M. Califf, MD, said in a news release.

"Through this competition, we are tapping public health-focused innovators to help bring technological solutions to a real-world problem that is costing the U.S. thousands of lives each year," Califf said.

The need for more life-saving options is serious. Roughly 78 Americans die daily from an opioid overdose--with nearly half a million dead from drug overdoses between 2000 and 2014, according the U.S. Centers for Disease Control and Prevention. The CDC cites prescription opioid pain relievers as a driving factor in the 15-year increase in opioid overdose deaths. When access to the prescription painkillers is cut off, users sometimes turn to buying heroin and other opioids on the streets.

The U.S. painkillers epidemic received additional attention after it was revealed that the music legend Prince died in April due to an overdose of the painkiller fentanyl.

Overdose deaths could have been prevented if those suffering overdoses had immediately received naloxone to stop or reverse the effects. Prince, in fact, reportedly received Narcan during a previous episode just days before his death, when his private jet made an emergency landing in Illinois after he became unresponsive.

The app competition has an October 7 registration deadline. FDA will then hold a two-day code-a-thon October 19-20. The results of the code-a-thon will be open-source and publicly accessible. Collaboration will be encouraged. Competition participants will then have until November 7 to submit a video of a functional prototype along with a brief summary of their concept. Judges from FDA, NIDA, and SAMHSA will evaluate final submissions.

"Mobile phone applications have been developed to educate laypersons on how to recognize an overdose and administer naloxone, and to connect bystanders with individuals in need of other medical services, such as CPR. To date, however, no application is available to connect carriers of naloxone with nearby opioid overdose victims," said Peter Lurie, MD, associate commissioner for public health strategy and analysis at FDA.