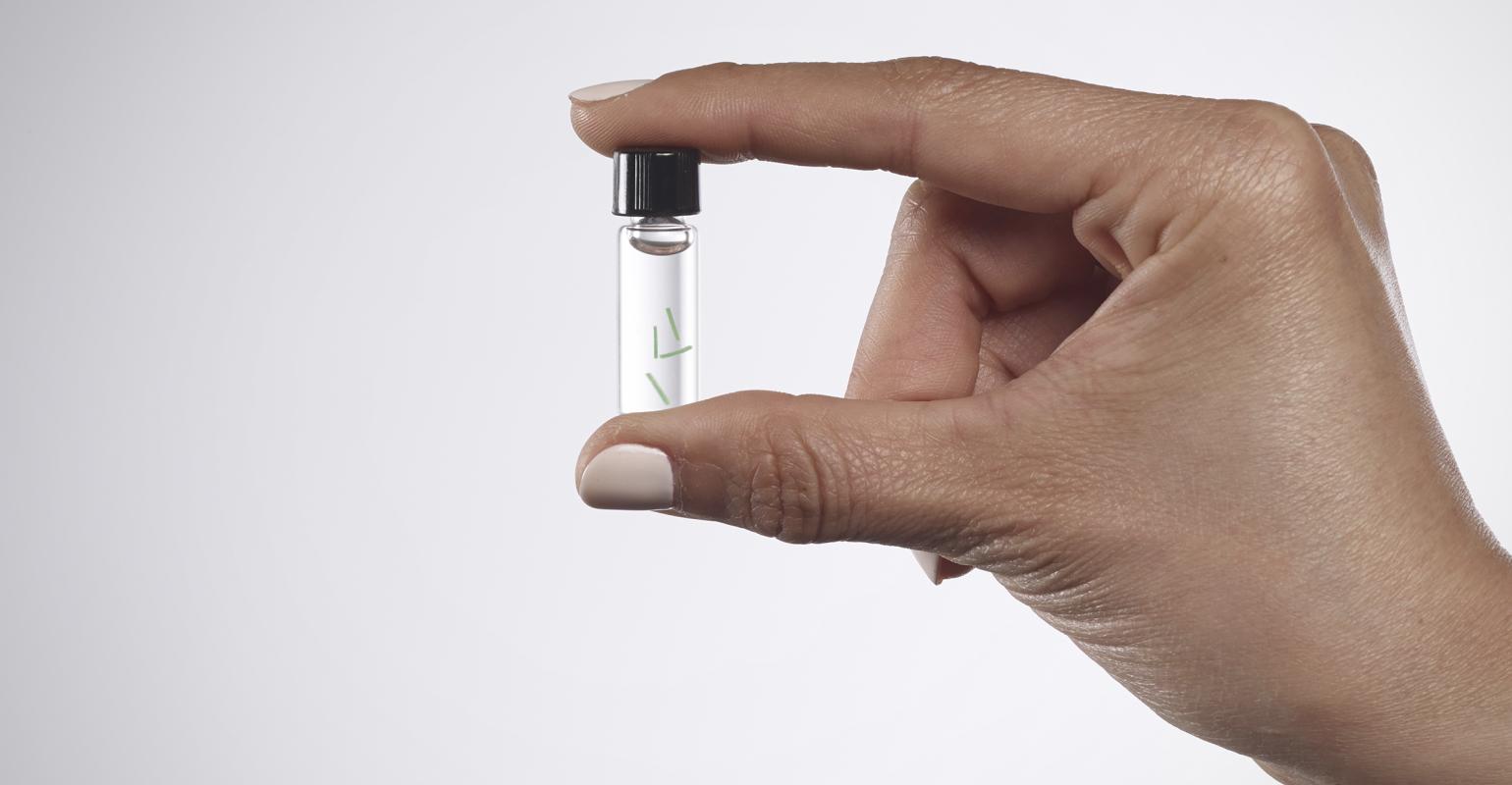 Profusa’s biosensor fluoresces through skin to communicate with a handheld or skin-mounted reader.

The wearables revolution is well underway in healthcare, and patients are already benefiting from portable therapies and monitors that are improving their lives. But many challenges still remain, especially when it comes to implantable wearables. Not only do such devices need to be biocompatible, but they need to be able to function consistently and reliably in the unwelcoming human body. There also has to be a strong clinical need and business case encouraging both clinicians and patients toward an implantable.

Profusa has found a way to address such complexities with a pretty simple biosensor that can be injected under the skin. Its first use has been in the CE-marked Lumee Oxygen Platform (see below graphic and this video) in which implanted biosensors detect dissolved oxygen in the lower extremity tissue of patients undergoing treatment for chronic limb ischemia. “We have developed a way to monitor patients at home to hopefully prevent amputation, if you can catch symptoms early,” Ben Hwang, chairman and CEO of Profusa Inc., told MD+DI. He spoke recently in the BIOMEDevice San Jose panel discussion, “How Sensors Support the Wearables Revolution,” on December 4.

Other potential applications for the oxygen-sensing implant include tissue monitoring of burn victims and surgical patients. The company is also developing biosensors that could monitor glucose, lactate, carbon dioxide, and other molecules.

Profusa’s biosensor consists of a single transducer that fluoresces through skin to communicate with a handheld or skin-mounted reader. The implanted biosensor is able to overcome one of the biggest challenges for implantables—the human body’s natural defenses. “The body has the ability to identify what doesn’t belong,” Hwang told MD+DI after the panel discussion. “The immunological system kicks in, macrophages try to eat it, and if that doesn’t work, the body walls it off with scar tissue. So over time an implanted sensor’s transmission signal declines. The sensor itself is fine, but it just ends up measuring scar tissue.”

Hwang said that Profusa is able to mute this foreign-body response because it is soft and pliable, made of the same class of material as a contact lens. “Also, it is porous like a sponge, with well-defined holes, so cells don’t really ‘see’ it and end up filling up the scaffold,” he said. “The longest record for an implanted Profusa device is 4.5 years.”

The implantable device also doesn’t require on-board power to communicate with the handheld reader. “We’ve designed binding pockets for molecules on the sensor that each fluoresce a result,” Hwang explained. The strength of fluorescence, which is the sum of all the pocket-binding molecules, can then be calculated by the handheld sensor to represent the concentration of a specific biochemical in surrounding tissue.

The sensor could potentially measure multiple biochemicals at the same time through multiplexing, Hwang said.

Hwang calls the solution “inexpensive,” adding that the “reader is a durable component priced similarly to other consumer durable products. Financial burden will never be an issue with our products.”

Patient wearables typically are lower-cost healthcare items, he said, but to provide true value to the healthcare system they need to be able to solve a large-value healthcare problem rather than being just a consumer toy. “We believe we have a clinically validated product to bring into the home at a lower cost,” he said. “We are also focused on providing clinically relevant information that doctors care about.”

In addition to the above-mentioned end uses, Profusa’s biosensor could also be used to measure oxygen saturation in tissues of COPD and sleep apnea patients, Hwang said. “Profusa could provide objective measurements rather than patient feedback, because patients often get used to feeling poorly,” he said.

Profusa had received a DARPA grant to develop the biosensor.

Below: The CE-marked Lumee Oxygen Platform