Could This Device Replace Drugs for Rheumatoid Arthritis Treatment? 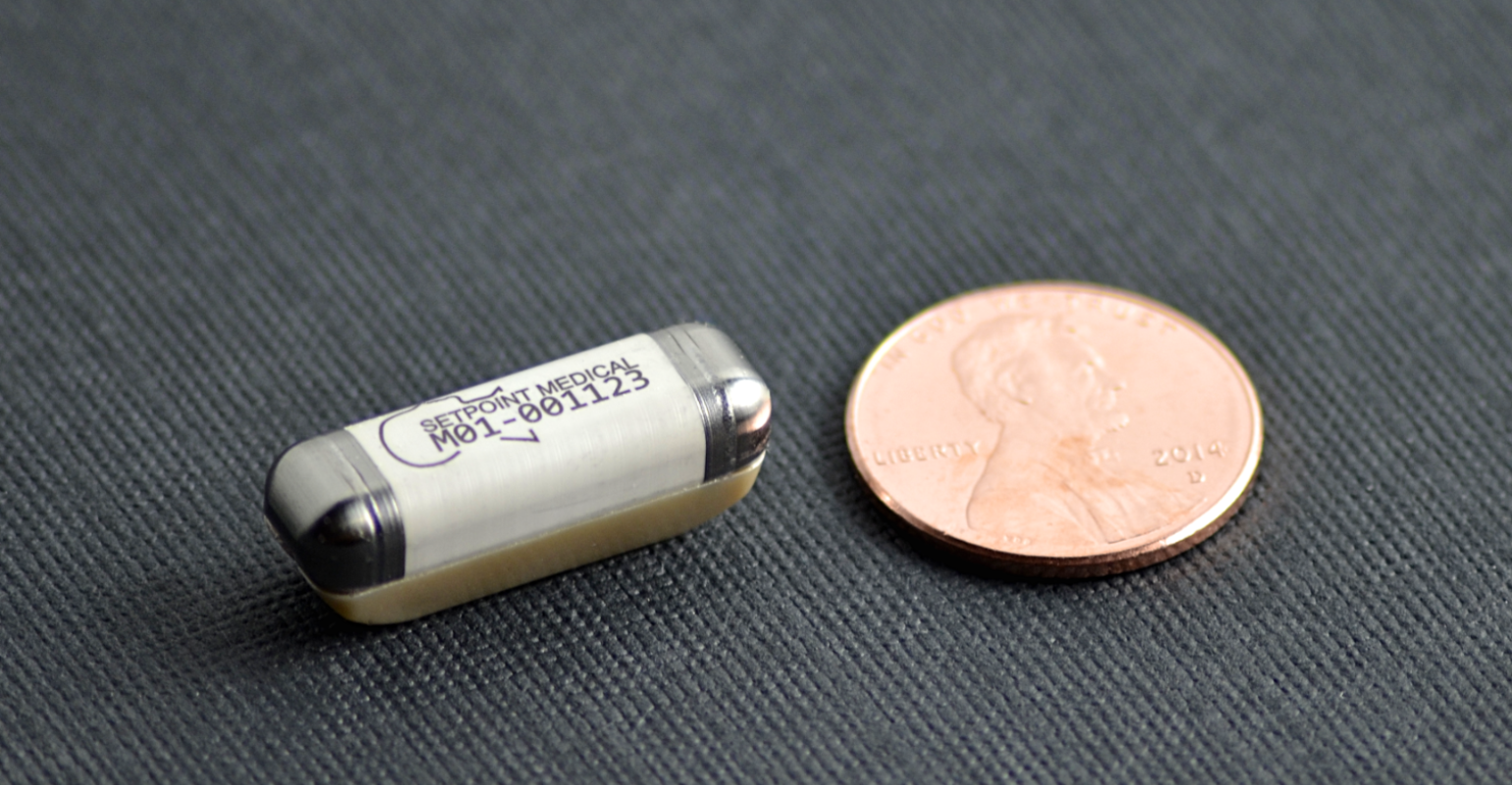 SetPoint Medical has launched a pilot trial to assess the safety and efficacy of a bioelectronics device in patients, who are suffering from rheumatoid arthritis and who are not adequately responsive to multiple biologic agents.

The study will enroll a total of 15 subjects, aged 22 to 75, across seven U.S. investigational centers.

Valencia, CA-based SetPoint's approach toward treating RA is designed to supplement the body's natural inflammatory reflex by providing "built-in" therapy and is intended to improve safety compared with drugs or biologic solutions. Currently pharmaceutical options are used to treat RA. These treatments can have serious side effects and can be very costly.

“We’re trying to use bioelectric medicine, or little digital doses of electricity, which are pulses down the vagus nerve, to modulate this disease,” Anthony Arnold, CEO of SetPoint Medical, told MD+DI.

The technology is implanted in the left side of the neck, just above the collarbone, through an incision about one-inch long. Arnold said it’s a pretty routine procedure that can be performed in under an hour.

“The compliance [from patients] will be great,” Arnold said. "Once the device is implanted in the patient it does all of the delivery of the dosing by itself autonomously.”

SetPoint previously published results from a proof-of-concept study for rheumatoid arthritis in Proceedings of the National Academy of Sciences (PNAS). Of the 17 patients with active RA in the study, which used a modified commercial neuromodulation device, 11 of 17 patients saw a clinically meaningful drop in their Disease Activity Score (DAS28).  Five of the seven patients that had failed to respond to multiple biologic agents of differing mechanisms, demonstrated robust DAS28 responses.

The company also has its sights set on Crohn’s disease. In 2016, the company demonstrated strong results from an open label pilot study in Europe.

In the study, eight patients with severe Crohn's Disease that is not responsive to TNF antagonists received an implant on the vagus nerve in their neck to deliver the electric stimulation. Improvement was assessed at the 16-week mark using the Crohn's Disease Activity Index (CDAI), a tool used to quantify the symptoms of patients with the disease.

Severe Crohn's is defined by a CDAI greater than 450, and remission is defined as a CDAI below 150. The CDAI scores of six of the eight patients in the study were reduced by 70 points or more, and CDAI remission and endoscopic remission were achieved in three patients. The data also show a direct correlation between vagus nerve stimulation and the suppression of proinflammatory cytokines, including TNF.

But Arnold said SetPoint is a small company and would need additional funding before it leaped into trying to gain approval to treat another disease state.

“I would hope to see RA, Crohn's Disease and Multiple sclerosis all aggressively approached, if I was in a Pfizer,  a GlaxoSmithKline, a Medtronic, or a Boston Scientific,” Arnold said. “I’d be urging the focus of all those different areas.”