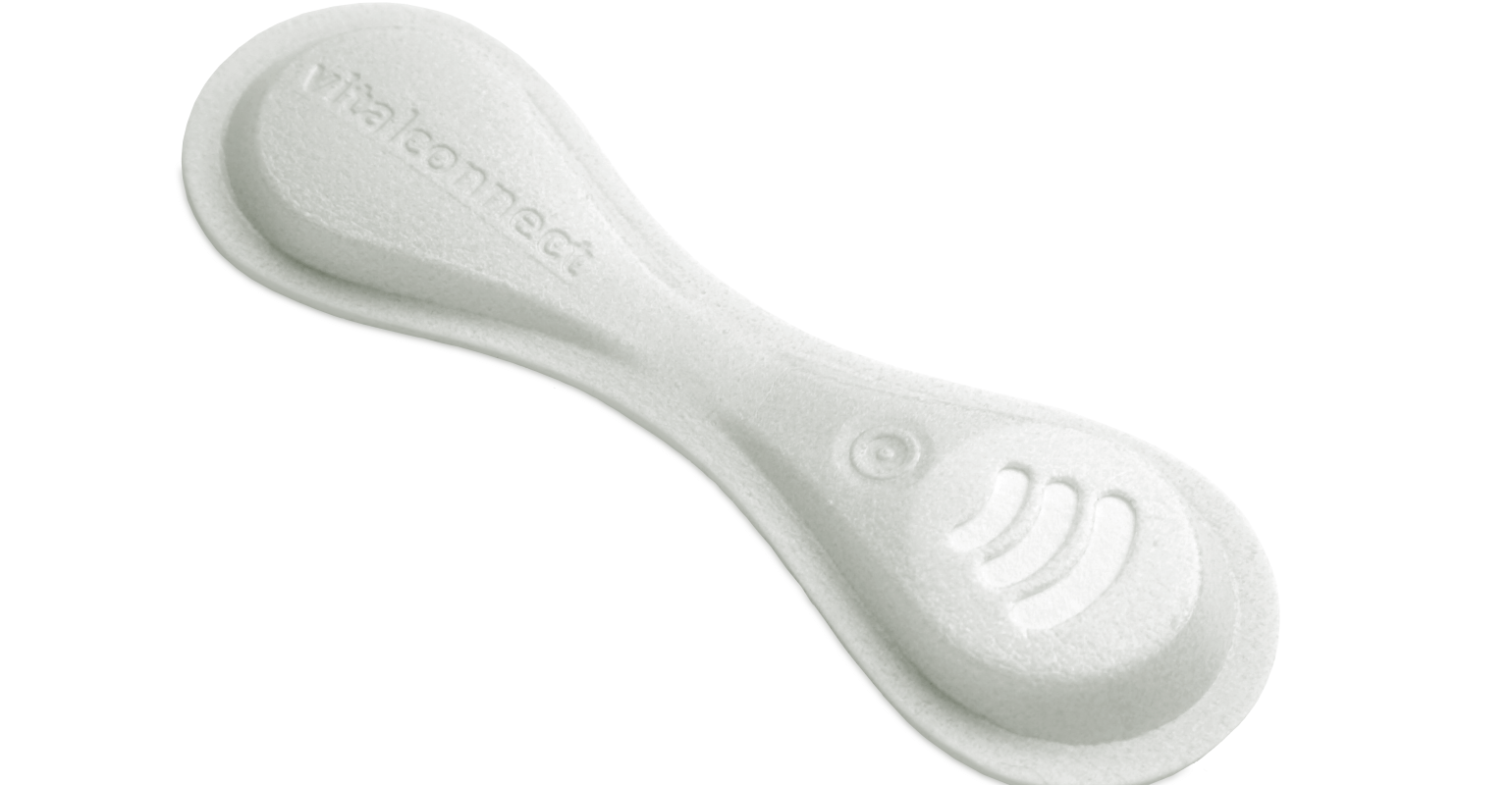 A wireless disposable wearable biosensor collects continuous heart rate, respiration rate, and activity that is streamed to the physIQ cloud. Image and caption courtesy of physIQ.
Imagine the paradigm shift in medicine when the efficacy of a treatment is determined not on the basis of point measurements taken in a doctor’s office every 4 weeks or months but rather on the basis of continuously streaming real-time data.

Collecting and analyzing streaming biosensor data and converting it into actionable insights is the job of a new type of player in the healthcare arena, the analytics and platform company. MD+DI spoke with Chris Economos, chief commercial officer at physIQ (Chicago), to learn more about this frontier.

“Our business thesis is to be the intelligence layer that sits on top of all these continuously streaming data sets, across the rapidly evolving ecosystem of wearable biosensors,” Economos explained, adding that physIQ is not a hardware manufacturer. Rather, it has developed a smartphone app that captures data streaming from biosensors and streams the data to the cloud, where its portfolio of FDA-cleared machine learning and AI-based analytics converts that data into actionable insights.

“We are working with many of the world’s top pharma and device companies and have deployed our solution and are collecting data in more than 20 countries and over 150 clinical sites,” he added. PhysIQ is currently partnering with Corvia Medical (Tewksbury, MA) on a phase 3 trial in which continuously streaming biosensor data will be analyzed by physIQ’s remote monitoring platform to evaluate the clinical efficacy of Corvia’s InterAtrial Shunt Device (IASD) in patients with heart failure. “Customers also use those data sets to give payers evidence why this is something that should be reimbursed, and also providers, so that they understand the efficacy of the product,” Economos explained.

PhysIQ works with clients to determine the optimal biosensor for their purposes and then sources the sensors from the manufacturer, modifies them as needed, and ships them to the clinical sites. Wearable biosensors fall broadly into two types: wrist-based and patch. The wrist-based sensors are familiar: Apple watch, Samsung Galaxy watch, Fitbit. These devices already use accelerometry to compute steps and PPG signals to compute heart rate. “Some have an ECG but not continuous,” Economos clarified. The patch sensor, which is worn on the chest, consists of single-lead continuous ECG, a three-axis accelerometer, and Bluetooth. In the Corvia study, a patch sensor is being used.

PhysIQ strongly prefers to capture raw data streaming from biosensors rather than vital signs computed by a sensor’s onboard algorithms. “Every time there’s a new version of a wearable sensor they integrate new analytics onboard, so from one device generation to another, you are getting a different output,” Economos warned. “We evolve, just like other tech companies,” he added. “But when we improve our algorithms, they are in the cloud, and then we can back-propagate that algorithm across all the data that’s previously been captured. We then get consistent vital signs across that full population, past and present.”

Clinical trials are not the only application for this technology. Healthcare systems and hospitals are also customers, he added. “These organizations are using this platform to proactively identify who among the discharged or at-risk population may be deteriorating. They can reach out to them and hopefully intervene in a way that prevents an ER visit or hospital readmission,” he said.

Medtech Needs to Reconsider Its Approach to Cybersecurity
May 17, 2021