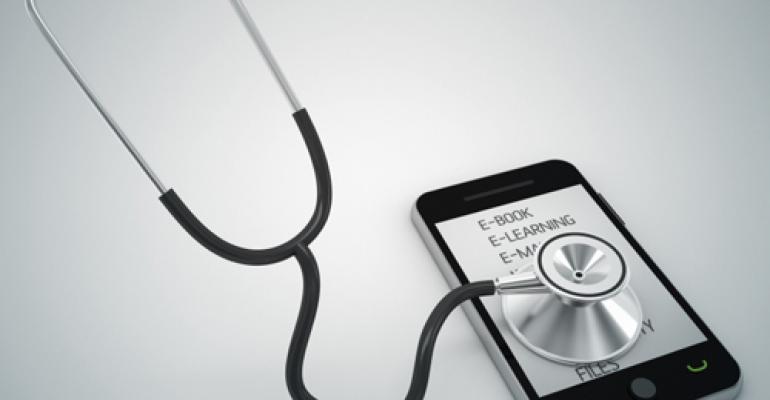 Dr. Samir Damani, a cardiologist at Scripps Health and a physician-entrepreneur thinks there is much value in harnessing the power of digital and mobile health technologies.

But the true value, he believes lies mainly in the patient engagement, behavior change spectrum of things.

And not in the diagnostic realm.

"In an era where cost reduction and better outcomes is key, I’m looking at technology that drives better health outcomes, not technology that simply adds another flavor of the month," Damani declared in a phone interview Thursday.

As an example of what is cool but really doesn't move the needle on costs and outcomes, Damani pointed to two devices - the AliveCor smartphone ECG and the Zio XT wearable patch to monitor and diagnose cardiac arrhythmias.

No one, including Damani, can deny that the AliveCor has created cool technology - it's an add-on device that can snap on the back of an iPhone 5 or 5S, iPod and Samsung S3 or S4 and capture ECG when placed against a person's chest or when two fingers are placed on the device. Results can be viewed through a related app on the smartphone. In fact, Damani's better known colleague - Eric Topol, director of Scripps Translational Science Institute - once got an airplane to make an emergency landing when he determined after using the AliveCor device that a passenger was having a heart attack.

But Damani is not sure of how this device addresses costs related to the overall care of cardiovascular disease.

"To be honest with you the transformative ability of mobile health technology doesn’t lie in the diagnostic realm," he said. "AliveCor is a cool technology but I don’t think it’s proven to save costs. I’m a little bit jaded with people talking about how cool devices are when it doesn’t make a damn bit of difference in costs."

The same goes for another novel technology. And that is the Zio XT patch from iRhythm Technologies prescribed by doctors to patients who they believe could be suffering from abnormal cardiac rhythm or atrial fibrillation. The device is an alternative to cumbersome holter monitors.

"I use it but it’s not really transformative. It’s only transformative as a patch as opposed to wired holter," Damani said. "It doesn’t have wires - that’s the only reason why I use it to be quite honest with you. It’s not that revolutionary."

But Damani has founded a digital and mobile health startup - MDRevolution - so surely he sees there is value in digital health, but where?

"On the behavior change side, I think that's where the real opportunity lies," he says, noting that changing patient behavior in chronic diseases like diabetes, heart failure and others can actually bend the cost curve.

"The best applications and best devices for doctors are the ones that his physician extenders can use - nurses, medical assistants, registered dietitians - because you got to realize the point that ACA is going toward value-based medicine," Damani explains.

That move toward value-based healthcare is what has spurred Damani to create the RevUp mobile app and web application through MDRevolution where he is founder and CEO.

The mobile app, which is not approved by the FDA, will launch this fall though the web application is already being used on some of Damani's patients at Scripps and at a different clinic. The app aggregates data from devices including  Fitbit, Withings, and also integrates patients' lab data and genetic information. Automated filters helps clinicians such as nurses, dietitians and case managers as well fitness professionals to craft outbound messaging to patients in real time, who can be coached to make adjustments to their lifestyle.

"In a way it’s a platform that enables a new specialty in digital health, which is prevention and treatment of chronic disease, Damani said. " The app was developed for health systems and hospital systems to be used by case managers and also for corporate wellness."

In the end, bringing down healthcare costs will largely depend on how chronic disease is prevented and managed. In many cases, doing that is not a matter of "better technology or better medcine," Damani contends.

"It’s a lifestyle issue. So when you look at apps, you look at how can the app enable self monitoring on behalf of the patient and how can it enable accountability so that the patient can say, 'Oh wait my blood pressure is going up. This is not good. I need to get in touch with my doctor." or it could be that the nurse sees it in the clinic and alerts the doctor," he says.