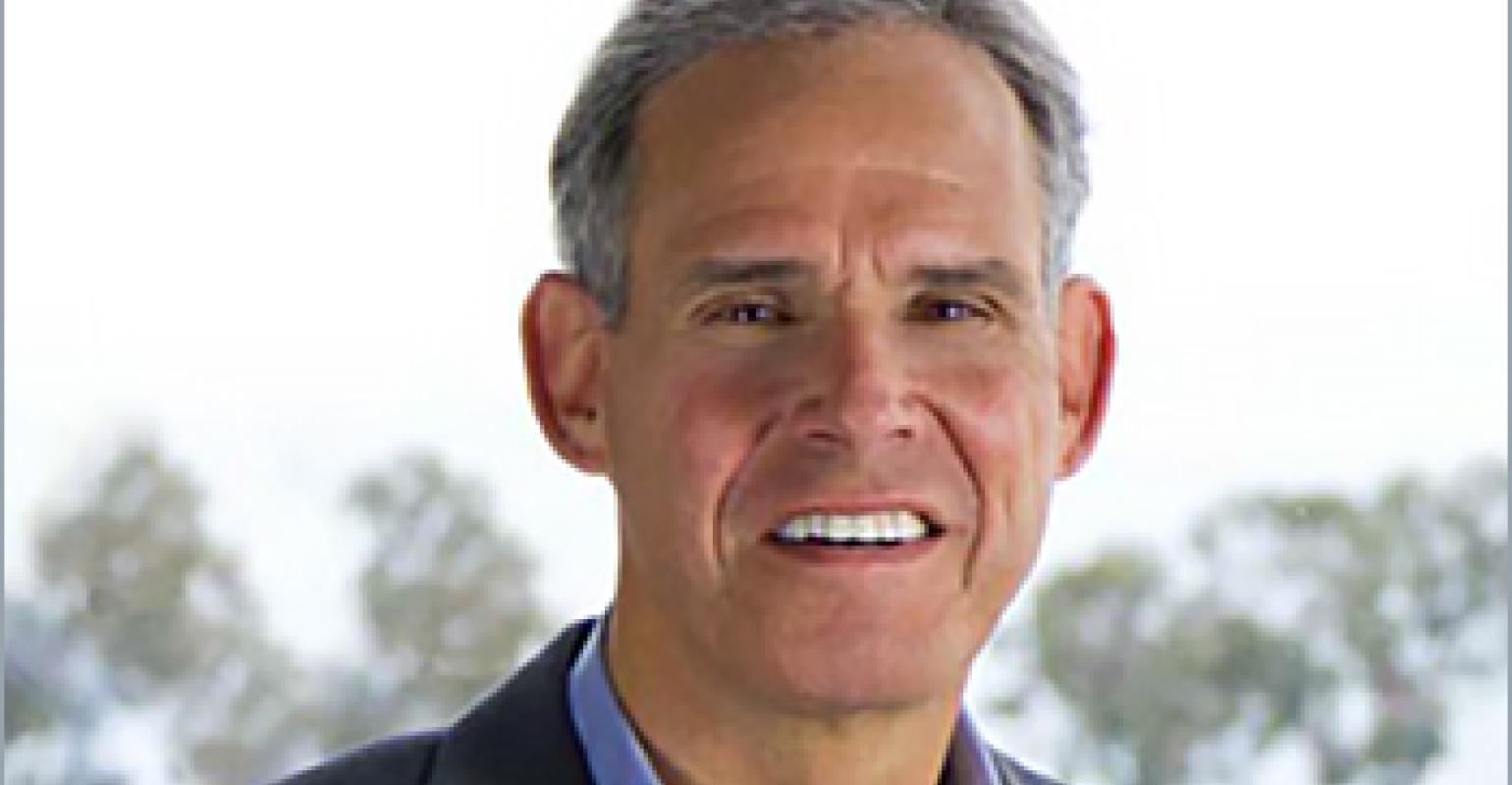 Can Machine Learning Save Medicine?

As a professor of genomics and early digital health evangelist, Eric Topol has long been on the cutting-edge of medical technology. Now, the cardiologist and best-selling author of The Creative Destruction of Medicine and The Patient Will See You Now is turning his attention to what he believes is healthcare’s next frontier: artificial intelligence (AI).

Topol will give a keynote address on how AI will transform medicine and take audience questions during a panel at MD&M Minneapolis November 8 starting at noon. MD+DI had the chance to catch up with him in advance of the event. Below is a slightly edited version of the conversation.

MD+DI: What about AI do you find most exciting?

Topol: Can it make the work of doctors, nurses, and all healthcare professionals easier, so they can be closer to patients and get back to where we want to be with empathy and the human-to-human bonding, in general, that has deteriorated throughout my 30-plus years as a physician. We need to get back to this, and AI may be the most exciting way to get there. There’s lots of potential benefits, but to me, that’s the most important one.

MD+DI: What health conditions in particular do you think will be most impacted by AI?

Topol: We’ve already seen how sensor data influences conditions like diabetes and hypertension, and asthma—conditions where metrics help gauge the patient’s moment-to-moment state. Those are the conditions that are going to lend themselves especially well to AI.

Will we help cancer? That’s a bigger question. Cancer is tricky. We could use AI in cancer if we took someone’s genome, their immunome, and all their data, and perhaps we would be able to come up with better, more accurate diagnostics and treatment matching.

Perhaps across the board, one of the biggest things will be getting rid of misdiagnoses, and improving the accuracy of diagnoses, and reducing medical errors. That’s a theme across all conditions.

MD+DI: Will patients be OK with turning their care over to a machine?

Topol: It’s partial care, not complete by any means.  We don’t know yet, but we can make some inferences. Diabetics have continuous glucose sensors, and they feel that that helps them, they feel they can manage their condition far better. But take that forward, and you could have all your data constantly connected and analyzed. Some people don’t want to have any part of it, and some people will be wildly enthused, so we’ll have to see how that all plays out.

My general impression of patients is that when it’s their data, and it’s getting back to them, and it’s easily interpretable, and there’s great data visualization, and they get this augmented view of their health, I believe that the majority of people will be supportive and want this.

MD+DI: How do your colleagues in medicine see the future of AI?

Topol: I don’t think they talk about it very much at this juncture, so I don’t really know the general sentiment. Let’s put it this way, I think there’s always reluctance to change anything in medicine, so I would guess if there was a poll today among physicians, it would be negative. That’s just a guess. I’ve been working on technology along with others trying to push the field forward for decades now, and any time something new comes along, I’ve never seen any immediate, broad enthusiasm for it. Initially, it’s usually lots of reticence and skepticism.

MD+DI: What does that mean for the adoption of AI in medicine?

Topol: There’s going to be a need for clarity and proof. Do no harm, that’s number one.

Nothing new in medicine is likely to be accepted today unless it not only improves outcomes but also lowers costs. It used to be either of those would be OK, but it’s no longer acceptable to improve outcomes if you’re also raising costs. We’re already in the midst of an economic crisis in healthcare, where we’re already at $3.5 trillion dollars of expenditures. The promise here is that AI will reduce costs, but now you have another problem: Anything you try to reduce costs is going to take something away from doctors, and hospitals, and health systems. There’s going to be a conflict. It’s a collision course. You can’t just lower the cost without gutting someone’s revenue.

The problem will be that there will be defenders, incumbents, that are not happy with the financial consequences of machines taking on a bigger role at a lower cost with improved outcomes.

MD+DI: What do you see as the potential downsides of AI?

Topol: I’m in favor of the potential of AI, but it hasn’t been adequately validated or actualized, and I think there are lots of liabilities. For one, it could make the current health inequities that we face worse than they already are. It could just be something that’s going to be available for the well-off, affluent types. It would be very discouraging if that happened because we already have issues of inequality in healthcare.

There could be issues of privacy and security. Already today we have people having their records, hacked, stolen, sold without their knowing it, and AI could exacerbate that rather than alleviate it.

Also, if there’s a mistake in an algorithm, it could go on and potentially hurt a lot of people very quickly if we rely on AI. Algorithms and AIbec have to be validated through very rigorous clinical trials.

So, it isn’t like this is any kind of perfect scenario. There are lots of places where AI could let us down. I’m just maintaining it has a lot of promise.

MD+DI: AI can help us make sense of all the data we’re capturing via digital health tools. But taking a step back, our healthcare system hasn’t fully embraced digital health yet, so is moving to AI putting the cart before the horse?

Topol: I don’t think it’s putting the cart before the horse. I think these things develop in parallel. It isn’t just a sequential thing. There’s so much AI can do to help the healthcare space, and we don’t want to delay working on that.

MD+DI: One reason the promise of digital health hasn’t been fully realized yet is that our reimbursement system, especially in the United States, is not set up for it. Could AI help solve that, or will it be stymied by the same problem?

Topol: That’s a really good point. Reimbursement is an issue that has slowed up digital medicine for sure because there are a lot of things that there are no [CPT] codes for. As far as artificial intelligence, I don’t think it’s going to fix reimbursement. It’s probably going to face the same kind of issue because, for example, via modeling, it has been shown that we can reach 260 million medical scans in one day for $1,000. If that’s the case, the reimbursement would eventually need to radically change to use deep learning of films like CT scans and x-rays. We could launch that now, and it would radically reduce the cost, but it’s not going to be met favorably by, for example, the radiology community or the health systems that make a profit from these scan interpretations.

MD+DI: We often hear about AI in terms of what it will replace. What healthcare jobs might be lost as AI adoption picks up?

Topol: I think it’s going to have an effect on jobs, but not so much replacing people or replacing professions, but changing what people do. I think that is going to be across the board. Any doctors that deal with a lot of pattern recognition—like, for instance, radiologists, or pathologists looking at slides, or dermatologists looking at skin lesions—parts of their work are going to be radically affected someday.

And it’s not just going to be doctors; it’s going to be an across-the-board phenomenon. But that doesn’t mean that these professions are going to be eliminated. That means that they’ll be opened up to do other things.

To me, the greatest hope of all is that we can offload clinicians from their very crazy workload, so they can spend more time with patients. We won’t have to waste time with electronic health records because all of that can be done far better with natural language processing and machine learning in the future. With so many of the things that we do today, doctors aren’t going to get replaced, but hopefully, it’s going to make their lives easier and actually upgrade the patient-doctor relationship. That’s my fondest hope for the field.

MD+DI: Whose role stands to change the most?

Topol: I think it’s going to be pervasive, and it’s hard to know. It’s hard to predict the timing of everything right now. But no one will be spared in the whole healthcare landscape. It’s just a matter of how much and when.

If you’re in the pattern recognition group, it’s more imminent. That’s, again, radiologists, not interventional radiology, but regular radiology. Pathologists who interpret slides. Dermatologists doing their diagnosis of skin lesions. These groups will be first physician groups affected by AI, and I know for example that each of these groups is thinking about how their day-to-day functions will change. It’s not that there will be any elimination process, but there will be different opportunities for how many specialties will practice over time.