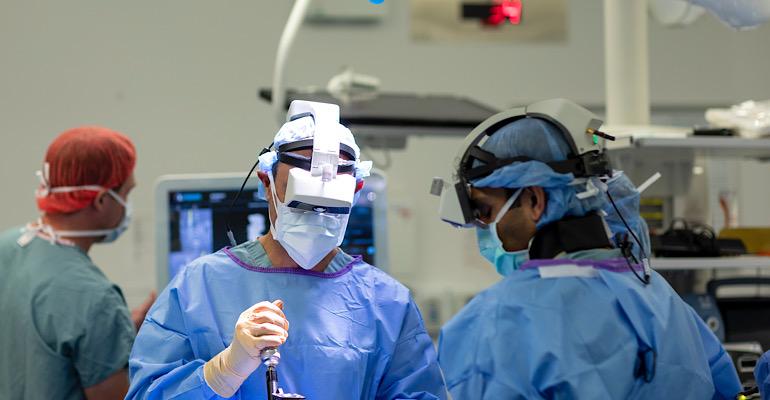 Imagine being in the middle of a financing round to help commercialize technology that has received a nod from FDA. Everything is going well; the device has a lot of interest, and then the world comes to a screeching halt because of COVID-19.

The timeframe is March,  venture capital opportunities are rapidly drying up and there is the very real possibility the financing round could be postponed, which could severely impact the launch of the device. What do you do? How do you move forward? This was the scenario for Augmedics, a company that has developed the xvision Spine system (XVS), an augmented reality surgical image guidance technology.

But the Chicago, IL-based company’s employees were able to turn the situation around and raised money for the series B round. In what is being called a “nearly unprecedented move,” the employees formed Aug Management, a limited liability company, and raised $4 million of a $15 million series B round.

Existing shareholders, AO Invest and Terralab Ventures, participated in the financing round with a $3.2M investment, and undisclosed investors converted the remaining $7.8 million SAFE notes.

“I came to [Tim Murawski, our president and CCO] and told him; listen I think we have an opportunity here to raise the money internally, “Nissan Elimelech, founder and CEO of Augmedics, told MD+DI, recounting the tumultuous month of March. “Instead of freezing the round let’s just take another route and let’s raise the money internally from employees and the current investors that we have – the current shareholders.”

Originally, the company began its Series B in 3Q19 with the goal of closing the round in Q2, 2020.

Murawski said, “this [was] an opportunity to invest in the company itself - to provide the cash available that was needed to run operations, continue to get us up off the ground; and make sure there was money available for R&D. The entire team in the U.S. rose to the occasion and said, ‘absolutely we want to do this.’”

Why Augmedics’s XVS Has The X-Factor

Here’s a little bit about the device. The xvision consists of a transparent near-eye-display headset and all elements of a traditional navigation system. It accurately determines the position of surgical tools, in real-time, and a virtual trajectory is then superimposed on the patient's CT data.

The 3D navigation data is then projected onto the surgeon’s retina using the headset, allowing him or her to simultaneously look at the patient and see the navigation data without averting his or her eyes to a remote screen during the procedure. The system is designed to revolutionize how the surgery is done by giving the surgeon better control and visualization, which may lead to easier, faster, and safer surgeries.

But more than that, the system has a wow factor that entices surgeons, and hospital administrators, Murawski said.

“The system was developed and built to have surgeon autonomy so that the surgeon and the staff could use the system without having representation in the room,” he said. “Many companies develop technologies so that the surgeon is dependent on the representation in the room. We went in a different direction. We want to make this very easy to use so that way we will only be there for the learning curve – the first five to 10 cases. But after that they’re going to continue to run with it.”

The company reported selling its first two systems in the past couple of weeks. Just last week the firm said the vision Spine System had been successfully used for the first time in a spinal fusion surgery in the United States. The system was used in a posterior lumbar decompression, slipped vertebrae (spondylolisthesis) correction, and fusion surgery by Johns Hopkins University surgeons.

Financings Still a Thing for Medtech During COVID-19 Pandemic 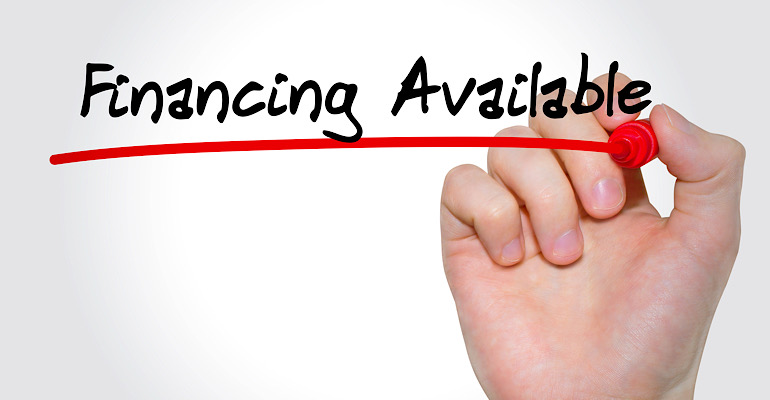 The VC might be a bit shaken up because of COVID-19, but financings are still happening.

Earlier this month, investors showed faith in Cue Health by taking part in a whopping $100 million series C round.

The round will help the San Diego, CA-based company support the development and commercialization of its tests, which includes a molecular diagnostic for COVID-19.

And on Monday, Salt Lake City, UT-based Foldax raised $20 million in a series D round.

The company is using the funds to help in the development of its surgical aortic Tria biopolymer heart valve; initiate and enroll patients into the clinical trial for the surgical mitral valve; and well as continue the development of the transcatheter aortic valve replacement (TAVR) device for the first-in-human clinical study.