Apple is Talking With Top Insurers Too And Not Just FDA 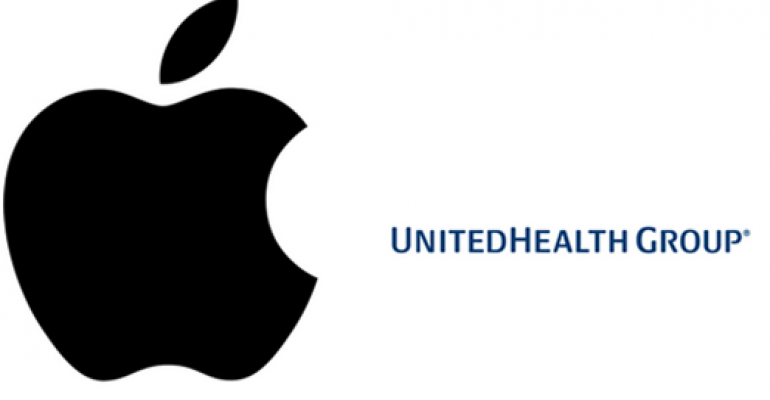 Apple executives have talked with the FDA. Now it appears the tech company with interest in health is conversing with top insurers.

Apple executives have reportedly said they think the company has a "moral obligation" to do more in mobile health by leveraging mobile technology platforms and helping people to learn more about themselves.

That was one of the bits of conversation that arose between senior Apple executives and FDA officials in December 2013. Apple is widely rumored to be developing the wearable iWatch, which is likely going to feature sensors to track health metrics. A meeting with the FDA is of course necessary to understand how the agency would regulate such a device.

And now it appears that, like any savvy medtech company that thinks of regulatory approval and reimbursement in parallel, Apple is engaing the payor community.

In a lengthy article about how insurers are incorporating wearable devices in their plans to keep patients healthier and their costs lower, Bloomberg reports that Apple has talked with UnitedHealth and Humana.

Not surprisingly, neither side is providing any detail about the conversations.

But this is further evidence of how large tech companies have an interest in health that goes beyond simply creating cool devices that consumers would use for recreational purposes.

And while Genentech's CEO may be largely dismissing wearables because he feels they don't have the wherewithal to have impact on outcomes on large scale, there is evidence that tech companies are using wearables to glean data that in the end may help to understand how certain diseases progress.

For instance, last week, the Michael J. Fox Foundation for Parkinson's Research announced that it was partnering with the Intel Foundation to leverage Big Data and wearables to fight Parkinson's. It revealed that earlier this year the two organizations teamed up to track 16 patients and nine volunteers wearing three wearable devices. Specifically, the study participants wore the wrist-worn devices during two clinic visits and at home over four days.

This is a research partnership and doesn't require any kind of regulatory blessing unlike the development of an actual device with clinical capability that an mhealth wearable device like the iWatch may turn out to be.

While Apple seems to be dealing directly with insurers and the FDA, Google which has also a deep interest in health is more readily partnering with others. It announced in July that diabetes drugmaker Novartis is licencing its smart lens technology to commercialize a smart contact lens that would be able to monitor glucose levels in tears.

And these new entrants in the health space are not going away despite what they may publicly say about the burden of the regulatory process.