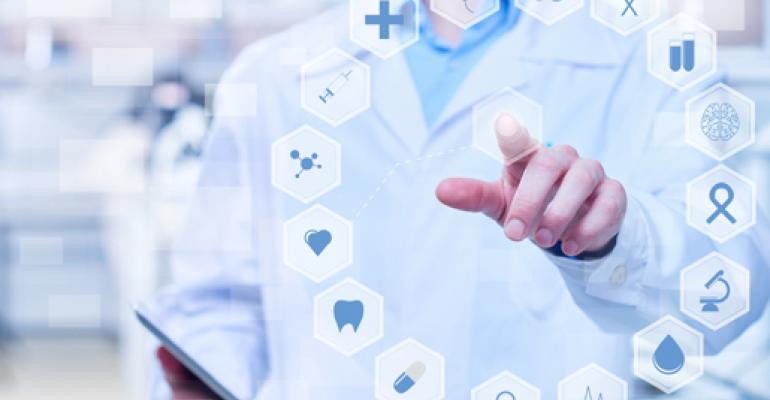 A new study shows that integration of continuous glucose monitoring data via Apple's HealthKit platform into an EHR can improve glycemic control in diabetics.

The Stanford study's results published in the Journal of the Medical Informatics Association involved 10 pediatric patients with type 1 diabetes. For such patients, it is important to monitor glucose levels and maintain good control to avoid complications from diabetes in adulthood.

Patients wore Dexcom's continuous glucose monitor that sent blood sugar data to a Dexcom receiver. In turn the receiver transmitted data via Bluetooth to the Dexcom Share2 app on a smartphone.  The Share2 app passively shares glucose data, including date and time on the mobile device with the Apple Health app via the HealthKit interface. A 3-hour lag occurs between data on Share2 app appearing on HealthKit and then that data can be passively integrated to the patient's EHR - Stanford uses Wisconsin-based Epic's MyChart electronic medical record for its patients.

The 10 patients were monitored over a 45-day period and ranged in age from 21 months to 17 years. They were monitored for three months. What did the new system offer the doctor? It enabled "secure communication, timely access to information, and enhanced interpretation of large volumes of patient device data," according to the report.

Perhaps, equally as important "despite tens of thousands of data points per patient recorded in the EHR glucose flowsheet by the end of the pilot, chart access was not slowed ...."

But perhaps the most significant result was better information led to improved care and intervention. For instance, intermittent nocturnal hypoglycemia was noticed in one toddler that prompted the provider to contact with his mother. She revealed that   sometimes when the child had hyperglycemia at bedtime, parents administered additional rapid-acting insulin using his dinnertime dose regimen. The family was advised to give less aggressive late-evening dosing and a new insulin dose calculation sheet was forwarded to via MyChart. After that, the problem of night time hypoglycemia was resolved.

This also was associated with better care between scheduled clinic visits. This is no small feat given that typically doctors treating type 1 diabetic patients, young or old, can only react to information provided at clinic visits. They can't help their patients react to changes in glucose levels in near real time.

The report also touched upon another important issue: reimbursement for care between visits. One of the challenges to digital health has been the reluctance of physicians to be bombarded by data given that there is no real path to being financially compensated for their time. Here is what the report authors said:

CGM integration with the EHR may raise concern for strained provider resources, as most diabetes care between visits (including review of insulin pump data) is a nonbillable service. However, analysis and interpretation of CGM data is a billable service (relative value units = 1.22) up to monthly by a physician or midlevel provider using Current Procedural Terminology code 95251. This analysis does not need to be performed in person, and reimbursement for review of CGM data between visits, in addition to accomplished meaningful use criteria, may protect or increase provider resources for enhanced diabetes care. With evolving technology and healthcare practices, we are optimistic that national reimbursement models for pediatric chronic disease will be updated to facilitate effective precision medicine.

Given that this was a pilot study of 10 patients, report authors believe that larger scale implementation with more patients and providers would be needed to show impact on diabetes outcome measures.