Is AI a Fad or a Sure-Fire Thing in Medtech? 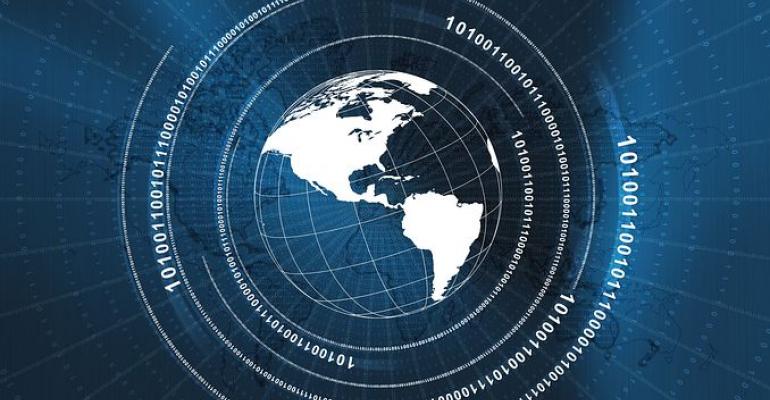 Yann Fleureau, co-founder and CEO of Cardiologs, weighs in on why 2019 will be known as the year of validation for artificial intelligence.

The growing popularity of artificial intelligence in medtech was pretty obvious in 2018. The use of AI in creating new applications or enhancing existing ones was perhaps the hottest trend in the medical device industry last year. But that was 2018. What about this year and just what does the future hold for AI.

One medtech executive/entrepreneur thinks that 2019 will be the year of validation for AI. Yann Fleureau, the co-founder and CEO of Cardiologs, a Paris-based company building deep learning algorithms for ECG analysis, spoke with MD+DI about one of the AI and its expected impact.

“I think we will see the validation of clinical adoption and early proof of economics or outcome benefits for AI solutions,” Fleureau said, who was recently listed as one of Forbes 30 under 30 in Europe.

The 29-year-old launched Cardiologs about five years ago. The firm has raised at least $10 million to date. In that time, he has seen a great deal of change in AI-based medtech applications.

Fleureau said that AI has the potential to help clinicians with mundane and time-consuming tasks. The applications also have the ability to make the workload more efficient.

“I think AI will save caregivers’ time,” he said. “Also, it will enable caregivers to spend time on tasks that require a level of skill. Caregivers will be able to focus on the cases that really need clinical attention.”

The promise of AI catapulted medtech mainstream in 2018 when it was reported Cupertino, CA-based Apple received a nod from FDA for an ECG application for the iPhone 4. While Apple’s app isn’t as robust as AliveCor’s KardiaBand or IRhythm Technologies Zio Patch, the company can do a better job of bringing innovation straight to the consumer’s door. The firm’s app contains some machine learning which in some circles could be considered as a main staple of AI.

“It will always be easier to introduce a medical-grade ECG sensor into a consumer device rather than convincing the medical community to use another sensor to effectively start treatment of a patient,” Fleureau said. “Apple sells a thousand times more smart watches than the number of ECGs. So, it means the capacity to record ECGs would be multiplied [significantly] in the coming years.”

Some of the larger medtech companies are enhancing their existing devices with AI – or in other words turning dumb devices smart. But to do this many have to enlist the role of other companies and innovators more familiar with the space, either through investments, collaborations, or acquisitions.

Recall that in November of last year, MD+DI reported that Medtronic was acquiring its frequent collaborator, Nutrino, a company that uses AI for nutrition related services. Prior to the deal, the Tel Aviv, Israel-based-company played a role in some U.S. product introductions from Medtronic, including the updated iPro2 myLog app used with professional CGM solutions as well as the Sugar.IQ diabetes assistant app used with the Guardian Connect smart CGM system.

Just recently (last week actually) Boston Scientific announced the winners of its Connected Patient Challenge, a competition that fosters and supports innovations by digital health companies. This year’s theme was Digital Solutions for Chronic Care, and Nutrimedy, a Brookline, MA-based company that has developed a telenutrition platform that connects users to registered dietitians and ongoing support based on personalized goals, won the competition.

BreathResearch, a company that has developed a technology to detect early signs of respiratory attacks to reduce hospitalizations.

During Cleveland Clinic’s Health Innovation Summit last year, a panel of experts said AI would be the second greatest innovation to impact healthcare in 2019 . However, that in itself presents challenges.

Fleureau said that he wasn’t sure there would be one general obstacle for every single AI category – noting that there could be several issues depending on the application or the approach of the company developing the technology.

In an interview with MD+DI, during the Cleveland Clinic Innovation Summit, Eric Hargan, Deputy Secretary, Health and Human Services touched on one obstacle for AI solutions that isn’t discussed enough – reimbursement.

During the October 2018 interview, Hargan noted the biggest issue was determining how to reimburse a technology that could move so rapidly. He gave the example of a hospital system with two million patients. He asked what happens when you reimburse a hospital system for using a solution that will give a second opinion on each patient.

During the interview, he gave a hypothetical example of where the AI solution could be run every two-to-three days on the two million patients, noting that in this scenario reimbursement costs could be astronomical.

While there are no hard and fast solutions these stumbling blocks will probably do precious little to impede the progress of AI in medtech.