AI-Enabled Stethoscope Brings Specialized Knowledge to the Point of Care 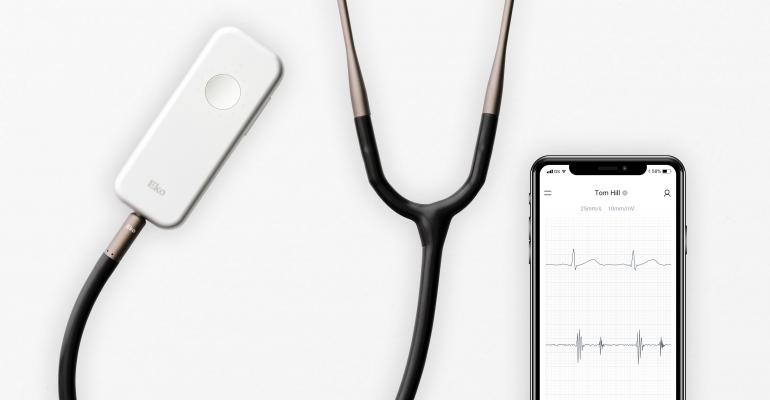 Image of the DUO digital stethoscope courtesy of Eko
Eko has developed a new algorithm that works with its DUO stethoscope that could create new capabilities in detecting asymptomatic low ejection fraction as well as in monitoring existing patients.

Recent results of a collaborative study between Eko and the Mayo Clinic demonstrating the use of Eko’s DUO digital stethoscope as a heart failure screening tool suggest that the device could help identify asymptomatic patients with low ejection fraction during routine physical examinations.

“The low ejection fraction algorithm was used with a very specific protocol of four touchpoints—three on the chest and one on the fingers,” said Steve Pham, MD, vice president of clinical and research affairs at Eko, in an interview with MD+DI. “The validation came out to be 100% sensitive and 80% specific for detecting ejection fraction below 35%,” he said.

The low ejection fraction algorithm aims to detect disease in patients who are asymptomatic as well as monitor those who have already been diagnosed. Pham described the device as “a way to democratize the specialized knowledge of very advanced 10-plus years of education of cardiologists to the front lines of care.” He noted that even a nurse practitioner or physician’s assistant could screen patients with the DUO enabled with the algorithm.

However, Pham cautioned that the DUO is not a consumer device and that it can only be used under the guidance of a physician. “It's not an Apple watch, or a Fitbit,” Pham explained. “It has to be prescribed for a very specific disease process.” Using an app, patients can take readings themselves with the device.

Other than discovering new disease, Pham anticipates that the low ejection algorithm will be used to monitor known diseases or risks for known diseases. To this end, the company is currently organizing a clinical trial with people who are taking the drug Herceptin. “We know that 20% of patients on Herceptin will get a drop in their ejection fraction,” Pham said, noting that currently all patients who are taking the drug are supposed to get echocardiograms six times a year—at baseline and then at the one-, three-, six-, nine-, and 12-month marks.

The goal of this trial is to see whether a drop in the patient’s ejection fraction can be detected at home so the patient doesn’t have to come in as often to the clinic for an echocardiogram,” said Pham. “So, rather than paying for six echocardiograms over a year, which would be in American health dollars $12,000, perhaps they have to come in only two times a year to get the echo.”

Pham noted that the low ejection fraction algorithm is not meant to replace echocardiography, but it could help reduce unnecessary testing in this way and also provide the information necessary to create better referrals to a specialist.

The affordable, accessible, and portable device could be used in other ways as well. Pham mentioned that the Mayo Clinic is currently using the low ejection fraction algorithm to screen young athletes on local sports teams for a condition called asymptomatic left ventricular dysfunction, which is known to lead to heart failure. 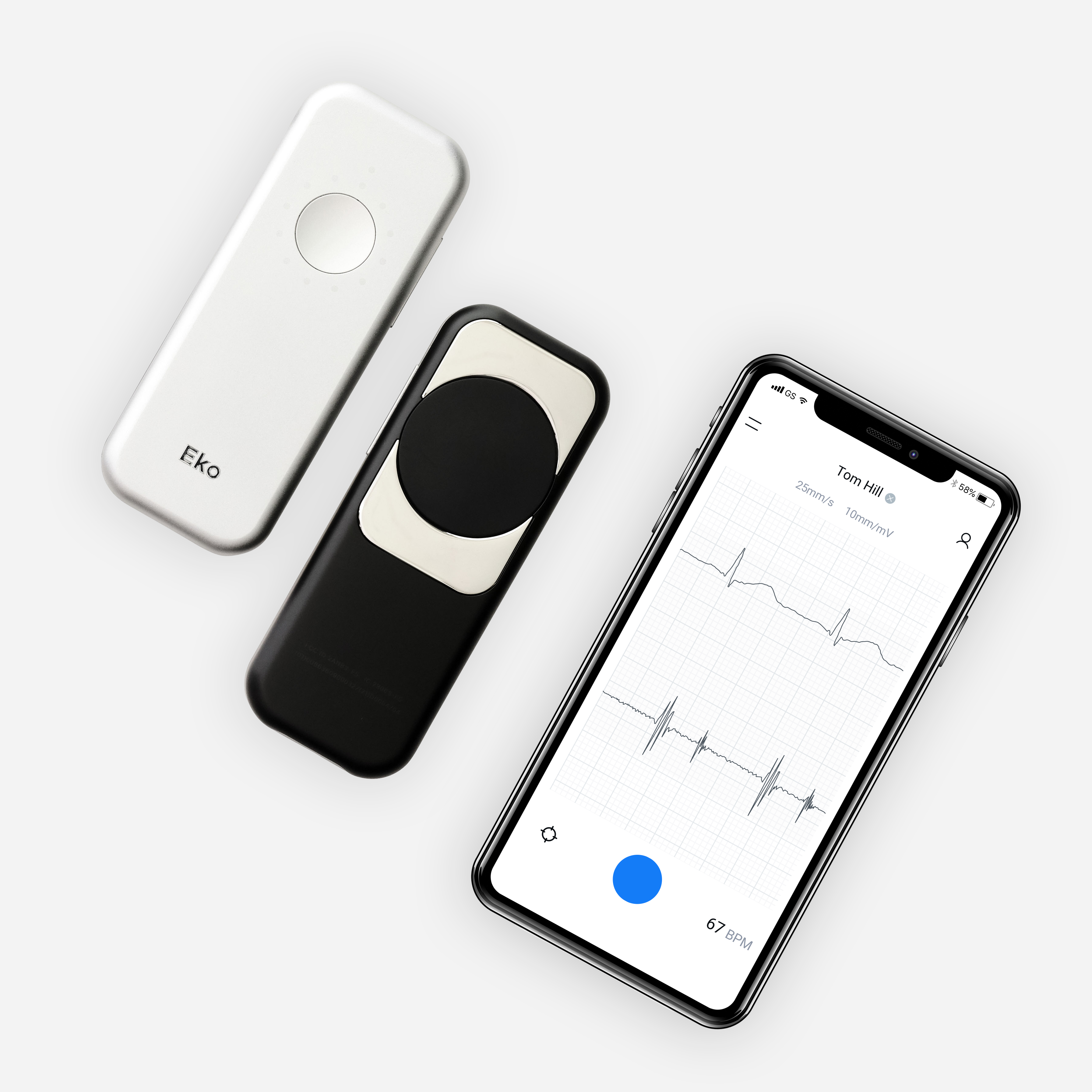 Pham also noted the device can be used as a screening tool for certain diseases like hypertrophic cardiomyopathy where the ejection fraction will drop without [these athletes] even realizing it. “That's when you hear about the tragic deaths of high school athletes on the field in the local news,” Pham said.

“Our metric [for the algorithm] is that we really want to impact previously undiscovered disease, in a cost-effective way so that can avoid unnecessary, expensive testing,” Pham said. “Conversely with that—the flip side of that—we want to also generate higher-quality, more-accurate referrals to the right specialists,” he concluded. “And then the third kind of metric that we really want to impact is reduction in adverse cardiac events from treatments.”

The low ejection fraction algorithm is currently being used in two additional clinical trials and is currently in the FDA approval process.

The DUO stethoscope has been commercially available for more than a year, and the company’s aim is to continually create new algorithms to extend the stethoscope’s ability to assist in detecting various conditions. “The way to think about our strategy is that our device is like an iPhone, and our algorithms are like apps,” Pham said.

On December 18, Eko announced that FDA had granted it breakthrough status for the ECG-based algorithm that could serve as a screening test for heart failure.

Editor's Note: This article was updated on December 18, 2019, to include news of the Breakthrough Device Designation from FDA.