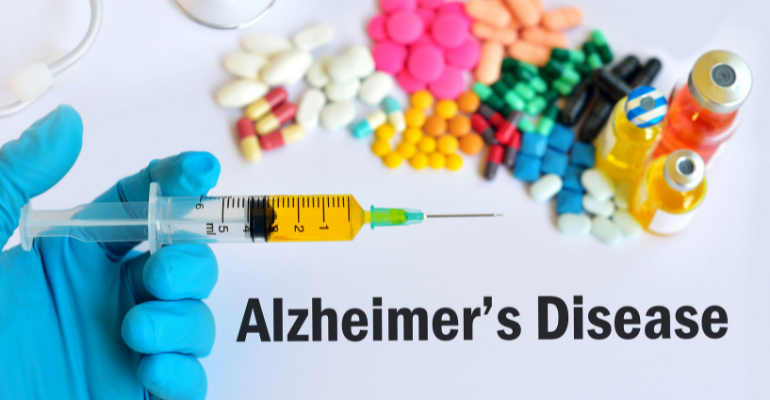 A new generation of disease-modifying digital therapeutics which stimulate the brain in a non-invasive way — using specific frequencies of light and/or sounds — is now emerging.

Our brains dictate how we both think and react to the world around us. The firing of neurons generates specific rhythms, which allow different parts of the brain to communicate and respond to internal and external stimuli. Abnormalities in neuronal network electrical activity are a key aspect of the etiology of neurodegenerative diseases such as Alzheimer’s Disease and now represent a novel class of therapeutic targets for the treatment of multiple neurodegenerative diseases.

Neurologists have shown that abnormal neuronal activity can be a therapeutic target that, when selectively modulated, can improve symptomology in neurodegenerative diseases. Until now, this therapeutic approach has mainly been limited to indications like epilepsy and Parkinson’s where the acute benefits justify the dangers and long-term risks of implanting electrodes in the patient’s brain.

A new generation of disease-modifying digital therapeutics which stimulate the brain in a non-invasive way — using specific frequencies of light and/or sounds — is now emerging. Professors Li-Huei Tsai and Edward Boyden, two of the field’s leading neuroscientists at MIT, discovered that gamma frequency interventions could be used to modulate neuronal pathophysiology and change disease etiology in an analogous fashion to how scientists have modulated protein targets in Alzheimer’s pathology with drugs and antibodies.

They demonstrated in well accepted models of Alzheimer’s Disease that treating neuronal pathological neuronal activity with gamma frequency intervention can reverse protein and cellular pathologies to drive disease modification in Alzheimer’s with improvement in functional outcomes and reduction of brain atrophy and brain volume loss, which is the result of neuronal degeneration and loss in and Alzheimer’s and a key driver of mortality and morbidity in AD patients.

This scientific breakthrough by doctors Tsai and Boyden at MIT was the result of years on work in this field. Unlike deep brain stimulation, this approach was noninvasive, and so she began evaluating effect of light at different frequencies on the Alzheimer’s brain. In 2015, Tsai finally achieved evidence that delivering gamma frequency signals via the visual and auditory cortexes could effectively modulate the targets of abnormal neuronal pathophysiology and begin to reverse the protein and cellular pathologies in the models of Alzheimer’s. Tsai and Boyden published the results of their work in Nature, and then subsequently in Cell.

A recent paper in the Journal of Internal Medicine co-authored by Tsai, highlighted an extensive body of work her laboratory at MIT demonstrated using light and sound neuromodulation to activate the brain and reverse characteristics of AD pathology in mouse models of the disease, improving performance in memory and behavioral testing. The unique mechanism of action may improve pathology through multiple clearance mechanisms, including activation of microglia and blood vessel dilation for improved glymphatic clearance. Currently multiple clinical trials are ongoing to examine the effects on patients with mild AD.

Recently, based upon the ground-breaking advances in this novel target and therapeutic area, Tsai is developing a proprietary approach to non-invasive gamma frequency modulation of neuronal pathophysiology as a novel, well tolerated therapeutic intervention for treating symptoms and the underlying pathology of neurodegenerative diseases. With this approach, there is no direct electrical stimulation as the treatment is transmitted via the visual and auditory cortexes using light and sound at specific frequencies for a non-invasive approach. Tsai has now shown in studies with Alzheimer’s patients that its selective modulation of neuronal pathophysiology results in improvements in memory, cognition, functional symptoms and, perhaps most exciting, a reduction in brain atrophy and brain volume loss associated with the progression of Alzheimer’s Disease.

After just six months treatment with non-invasive intervention, patients exhibited approximately 80% less decline in cognitive functional abilities compared to AD-driven decline in the placebo group, as measured by multiple standardized metrics. In addition, MRI imaging showed a 65% reduction in whole brain atrophy – the brain volume loss associated with Alzheimer’s progression – representing a change in the rate of brain volume loss from the rapid AD-mediated rate to the non-pathological rate commonly seen in the general aging population. The company also demonstrated that treatment was safe and well tolerated with no treatment limiting serious adverse events in the studies.

The safety profile with disease-modifying digital therapeutics is in stark contrast to some of the pharmacologic agents developed by Biogen and Eli Lilly, which have reported brain inflammation and other severe adverse effects. Although Eli Lilly recently received FDA breakthrough designation for their antibody therapy donanemab, and Biogen recently received conditional FDA approval for Aduhelm, Biogen’s data was mixed at best.

While Biogen failed to meet the bar for traditional approval of improving dementia compared to placebo, it did generate the required data and in doing so built a safety database featuring more than 3,000 subjects. The precedent set by the FDA’s approval of Aduhelm suggests that a reduction in amyloid beta plaques on PET imaging may be enough for unconditional approval in the future. However, pricing and reimbursement will remain challenges for the drug, due to its reported average list price of $56,000 a year. The House Committee on Oversight and Reform will also launch an investigation into the company's pricing strategies.

In contrast to drugs by Biogen and Eli Lilly which just target amyloid, digital therapeutics which target neuronal pathophysiology are quickly emerging as one of the few novel target therapeutic approaches in the last 30 years. They have shown to be effective as a basis for treating symptoms and pathology of Alzheimer’s disease patients. In light of recent examination and questions surrounding clearance of amyloid plaque as a primary target in AD, Cognito’s elucidation of a novel class of targets, distinct from amyloid-beta in AD is especially transformative for the field.

This new class of neuromodulation represents a promising avenue for developing and applying novel therapeutic interventions for the treatment of neurodegenerative diseases. Targeting neuronal pathophysiology via non-invasive neuromodulation is clearly one of the most promising major breakthroughs in the fight against Alzheimer’s Disease. This approach could alter the devastating course of AD by leveraging what we have learned about the relationship of targeting neuronal pathophysiology to treat cellular pathologies while leveraging the brain’s inherent repair mechanisms and plasticity.

Brent Vaughan is CEO of Cognito Therapeutics, a clinical-stage company developing a new class of disease-modifying digital therapeutics to treat neurodegenerative disorders including Alzheimer’s Disease. With more than 20 years of experience, he has a proven track record of success developing technologies and products across multiple domains, including digital therapeutics, medical devices, and pharmaceuticals.