Devices that first emerged as wellness werables, such as fitness trackers, are evolving into wearable medical devices as companies like Apple, Fitbit, and others seek FDA clearances in order to market the products as a medical device wearables.

Apple shook up the medical device industry in September 2018 when it introduced its Apple Watch Series 4 featuring an ECG app, and an app designed to analyze the user's pulse rates. Last month Apple turned heads again with the introduction of its Apple Watch Series 6, which includes a blood oxygen feature designed to offer users further insight into their overall wellness. That announcement came just days after Fitbit announced its ECG app had received FDA clearance and will be available in October. It was almost as if Apple said to Fitbit, "We see your ECG app, and raise you a blood oxygen tracker." 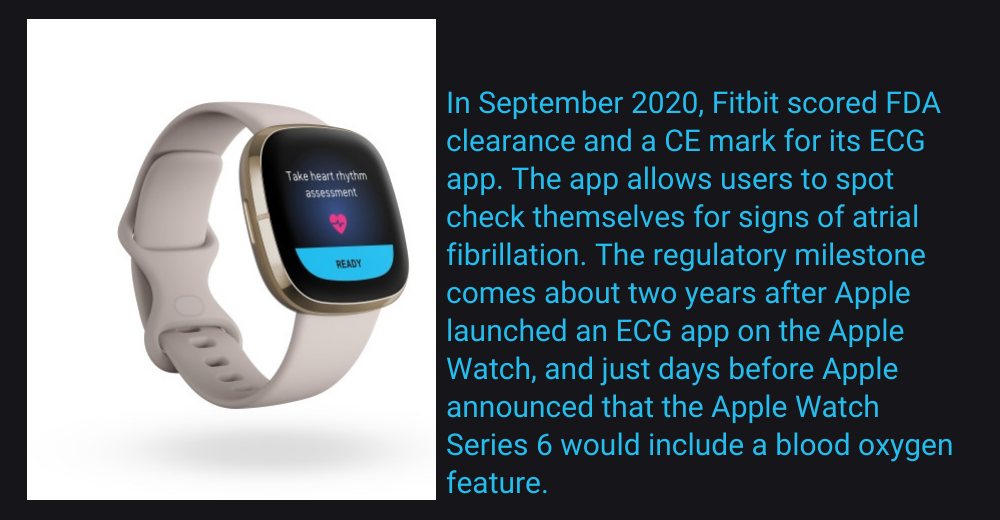