Who Is Winning in the Diabetes Management Market? 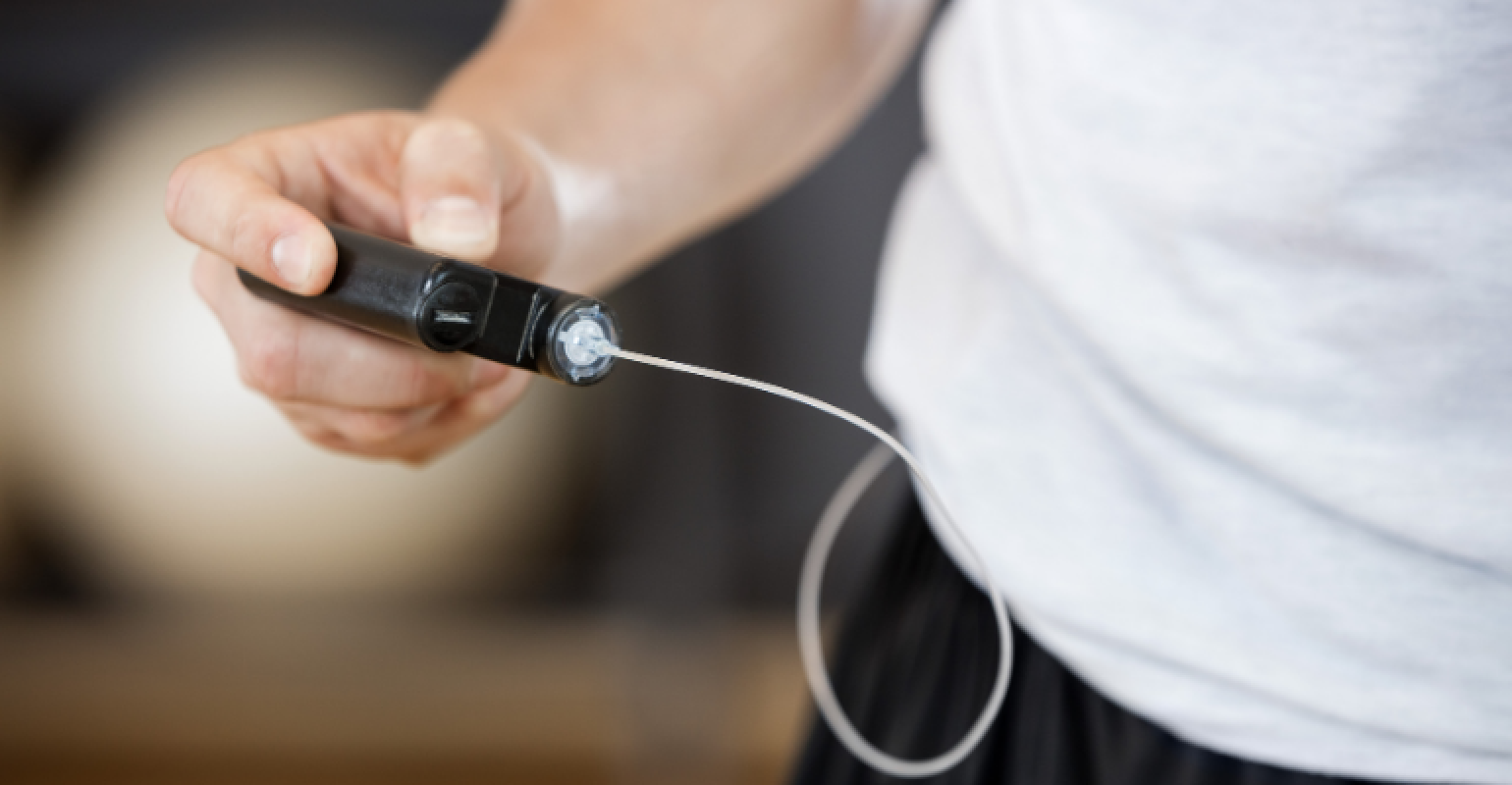 Medtronic is gaining momentum in diabetes, but the playing field is far from level.

As MD+DI reported earlier this week, Medtronic is gaining momentum in diabetes, but the company's most recent quarterly results are still below industry market growth in the sector. Now, we're taking a closer look at the competitive landscape of diabetes management, based on commentary from medtech analysts.

"Overall, despite the R&D pipeline and recent M&A efforts, we continue to favor the stand-alone diabetes players [Dexcom, Insulet] with respect to innovative new product cycles and, equally important, disruptive business models (pay as you go, pharmacy channel, etc.). The bottom line here is we believe [Medtronic] succeeded in an era of methodical, measured (i.e., slow) innovation when scale and breadth of product offerings were the most important selling points to decision makers (physicians)," Kyle Rose, a medtech analyst at Canaccord Genuity, said in a Feb. 23 report. "Moving forward, we believe [Medtronic's] historical competitive advantage could quickly become an inhibitor to growth (at least in the U.S.) as the industry continues to march toward interoperability, patient choice, and an accelerating pace of innovation. That said, we point to the recent 'smart' M&A of Companion, Klue, and Nutrino as an sign that Medtronic may finally be breaking the mold of being trapped by the scale, positioning, and constraints of the legacy business."

Rose added that he is still looking for signs of "actual commercial success" in the United States, as measured by regulatory approvals, new products "living up to expectations," and a pipeline for the combined assets before assuming any incremental growth headwinds relative to the companies he covers.

Analysts are still 'pumped' for Insulet

Analysts have been Medtech analysts have been pumped about Acton, MA-based Insulet for a while now, company that is on The Ultimate List of Attractive Medtech M&A Targets. Rose's recent report reiterates that enthusiasm.

"We continue to view [Insulet's] underlying business, commercial opportunity, and management execution as collectively one of the best in our coverage universe, with the company benefiting from a robust installed base, recurring revenue model, and recent efforts made to ramp up virtual training for new customers and develop manufacturing redundancy," he said.

The analyst did note, however, that COVID-related disruption to new patient starts underscores the near-term uncertainty, not to mention how utilization/attrition will shake out for Insulet's recurring business model, particularly at current valuations. He also said that Medtronic's acquisition of Companion Medical moderately increases the competitive risk for Insulet's new patient adds given that 80% or more of U.S. patients fall into the category of multiple daily injections (MDI). To date, Companion has not impacted Insulet's growth, Rose noted, but he also said that tune may change if Medtronic is able to successfully scale efforts for the InPen. InPen is widely viewed as a promising technology that Medtronic inherited through the Companion acquisition.

Last year Insulet snared two partnerships that are expected to help it continue its strong momentum in the market. The company inked agreements with both Abbott and Dexcom. The agreements center around Insulet’s Omnipod 5 automated insulin delivery system, formerly known as the Omnipod Horizon System.

The Omnipod 5 will be integrated with Abbott’s Freestyle Libre 2 continuous glucose monitoring (CGM) system. The companies said this integrated system will be designed to always remain in automated insulin delivery mode and can be controlled through an app on a user's personal smartphone to manually take a dose of fast-acting insulin, or bolus, before meals for optimal performance. Additionally, the integrated platform is expected to be the first combined system with a fully disposable wearable sensor and pump.

The Omnipod 5 will also use sensor values from the Dexcom G6 and next-generation G7 CGM systems to predict glucose levels into the future and automatically adjust the insulin dose required to help reduce the occurrence of blood glucose highs and lows.

"While valuations keep us on the sidelines, we continue to view [Insulet's] fundamentals positively and believe the channel shift toward the pharmacy model will offer a durable competitive advantage – not to mention benefits for all stakeholders (patients, providers, and payers), particularly when Horizon launches later this year – that will eventually force pricing concessions from the tubed pump players [Medtronic, Tandem Diabetes Care]," Rose said.

Marie Thibault, a medtech analyst at BTIG, has also mentioned Insulet's Omnipod 5 being a significant catalyst for the company this year. In a BTIG report published Dec. 13, 2020, looking at 2021 catalysts for the medical device industry, Thibault said Omnipod 5 could expand the market for automated insulin delivery by "attracting new users with its simple, easy-to-use design."

As for Tandem, the San Diego, CA-based company has been making some interesting strategic moves as well. Last year the company acquired Sugarmate, a company that developed a mobile app for diabetes management, and in July it struck a patent cross-license deal with Medtronic. MD+DI Managing Editor Omar Ford shared his thoughts on the activity here.

Next-gen CGMs could boost Medtronic's position in diabetes management ... or not

Earlier this week, during Medtronic's earnings call, CEO Geoff Martha said the company has submitted the adult and the pediatric 780G insulin pump and Zeus sensor to FDA, but the approval timing will depend on FDA's bandwidth, given that the agency's focused on reviewing COVID-19 diagnostic submissions.

Medtronic's Zeus sensor, if approved, would be considered an iCGM (interoperable continuous glucose monitoring) so it would be able to integrate with other diabetes devices and would require fingerstick calibrations only on the first day of use. The company is also developing the Synergy sensor, which is designed to be fully disposable and have a smaller form factor, as well as a simpler insertion process.

"Regarding our Synergy sensor, which is disposable, easier to apply, and half the size of our current sensor, we've completed our pivotal trial and intend to submit it to the FDA once we complete our manufacturing module this summer," Martha said.

Still, Rose said he favors the stand-alone technology players in the CGM space over Medtronic.

"We expect [Medtronic] will continue to tout robust CGM goals with the forthcoming Zeus/Synergy platforms and the 770/780G launches but believe the strategy is more likely to lead to maintaining pump attachment rates rather than participating in/enabling the broad market adoption of stand-alone CGM," Rose said. "To that point, even with its updated pipeline, [Medtronic] appears to be several product iterations away from leveling the playing field."

The analyst acknowledged that Medtronic's next-generation CGM products Zeus and Synergy are aimed at current weaknesses for Medtronic's Guardian 3 sensor, but both products still require calibration and have shorter sensor lives than current competitive products. Rose also pointed out that by the time of commercial launches he believes other manufacturers will have next-gen devices on the market, including Abbott’s Libre 2 (already available), Dexcom’s G7, and Senseonics’ 180-day Eversense (submitted to FDA in the fourth quarter of 2020). The analyst said he expects all of those products to impact the viability of Medtronic's stand-alone CGM business.

In addition to the 180-day Eversense, Senseonics is also making strides toward an even more extended wear version of the product a 365-day CGM sensor.

"Given these issues, we expect the primary focus to be the rollout of 780G as Medtronic looks to deliver on the positive clinical data surrounding hybrid-closed loop pump platforms," Rose said.

Regarding Abbott, BTIG's Thibault noted in the December report that there is potential for FDA to approve Libre 3 this year.

As for Dexcom, the San Diego, CA-based company has plenty of its own catalysts to look forward to this year. In a Feb. 11 report on Dexcom, Thibault said she is bullish on the long-term trajectory for the company's CGM technology and new market opportunities. She also pointed out that Dexcom's Super Bowl ad featuring Nick Jonas, a singer/song writer with diabetes, as a big win.

"The publicity has resulted in 5x more impressions for Dexcom over the past four days vs the entirety of 2020," Thibault said. "The ad also drew some controversy, but we think the resulting new leads, as well as possible name recognition among primary care physicians, is likely to keep the company's expanded salesforce busy over the coming weeks. We look for more feedback over the next quarter on what this major ad spend means for revenue and new patient adds."

Still, the analyst expressed some concern that Dexcom's investor expectations is inflated.

"We believe that over time, CGM will be the primary method of monitoring glucose in most [type 1 diabetes] and insulin-dependent [type 2 diabetes]. While commentary on competition emphasizes positive impacts in terms of referral volume and potential new patients, we feel investor expectations are extremely high for [Dexcom] over the coming quarters. We are concerned about competition, new technology, and/or an increase in spending."

Will Fractyl be Successful in Eliminating the Need for Daily Insulin?
Mar 22, 2021