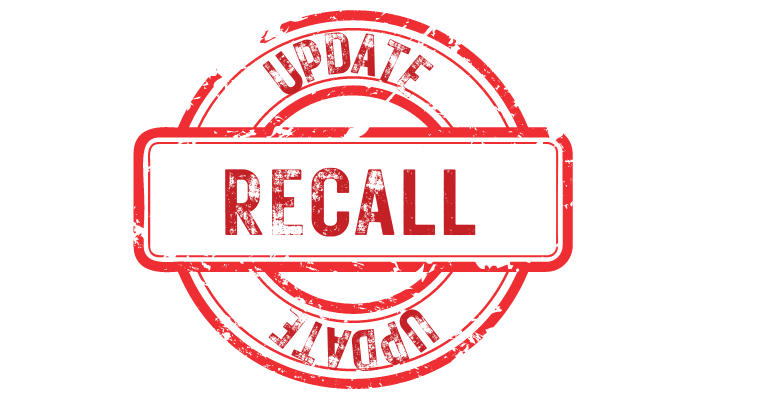 Medical device recall stories are usually fairly straightforward. Unless, of course, there happens to be two recall announcements issued back-to-back involving the same device, as is the case with the Medtronic MiniMed insulin pump recall.

FDA sent out a notice Tuesday explaining that Medtronic expanded and updated a 2019 recall of its MiniMed 600 series insulin pumps to include the replacement of any MiniMed 600 series pump that has a clear retainer ring at no charge to customers. The agency explained that the company previously informed customers about a problem involving missing or broken clear retainer rings on the MiniMed 630G and 670G insulin pumps. This is a serious issue because the retainer ring is designed to lock the insulin cartridge into place in the pump's reservoir compartment. If the cartridge is not locked firmly into place, under or over delivery of insulin may occur, which could result in low blood sugar (hypoglycemia) or high blood sugar (hyperglycemia). Serious hyperglycemia and hypoglycemia can be life-threatening, and may even result in death.

So, if the retainer ring is broken or becomes detached from the pump, and the user inserts the reservoir back into the pump while the infusion set is still connected to the body, it could result in a rapid and potentially large infusion of insulin (this is an example of hypoglycemia risk). Or, if the reservoir is not properly locked into place by the retainer ring, creating a space between the insulin pump and the reservoir, and prevents the pump from pushing the expected insulin into the body, or if the pump stops working due to water entering the insulin pump, the user may not get enough insulin delivered (an example of hyperglycemia risk). This second scenario may also contribute to diabetic ketoacidosis, a serious condition that develops when your body doesn't have enough insulin to allow blood sugar into your cells for use as energy.

FDA said serious injuries and deaths have been reported with the use of MiniMed 600 series insulin pumps, however those adverse events may not have been directly related to the damaged clear retainer rings that are the basis for this recall. As of Feb. 12, 2020, there had been one death and 2,175 injuries connected to this retainer ring issue.

Shortly after issuing the first recall update notice, FDA sent out another notice Tuesday explaining that Medtronic updated another recall related to the MiniMed technology. This time, the company expanded a 2018 recall of remote controllers used with either the MiniMed 508 insulin pump or the MiniMed Paradigm family of insulin pumps due to potential cybersecurity risks. Medtronic has instructed people who may still be using the remote controllers to stop using it, and to return it.

The remote controllers impacted by the cybersecurity issue (shown below) are older models that use previous-generation technology, and FDA said that as of July 2018, Medtronic is no longer making or distributing these remote controllers. 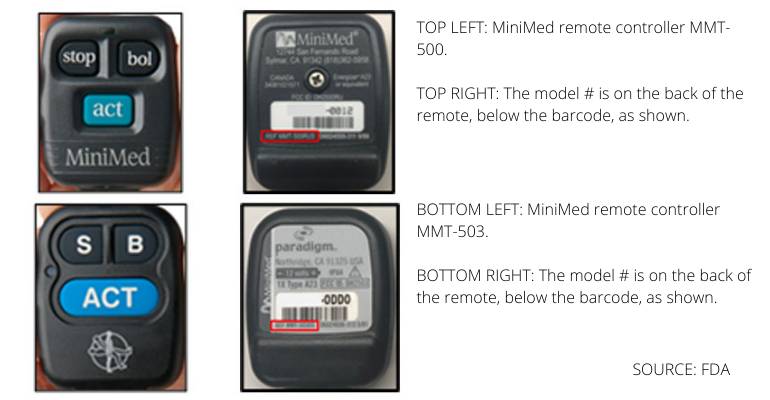 FDA said it is not currently aware of any reports of patient harm related to these potential cybersecurity risks. Still, it is scary to think about what could happen if a hacker did take advantage of this cybersecurity vulnerability, and it is a good reminder of why cybersecurity is so critical in medtech . When the recall was originally issued, FDA said a hacker could potentially connect wirelessly to a nearby device and change the pump's settings. If that were to happen (although, again, nobody should be using these older remote controllers anymore), it could result in the over- or under-delivery of insulin to a patient using one of these lifesaving insulin pumps.

Garmin Takes its Wearables to the Next Level with Dexcom Collaboration
Oct 14, 2021