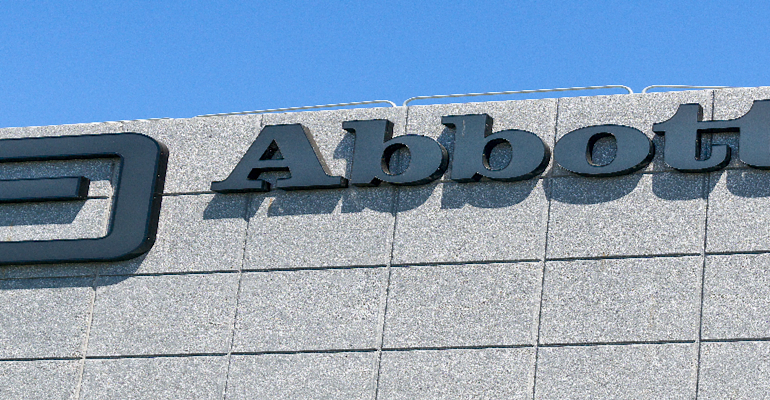 Abbott’s Freestyle Libre 2 iCGM can be used in adults and children over age 4 for a 14-day period. The Abbott Park, IL-based company also released promising data at the American Diabetes Association 80th Scientific Sessions this past weekend.

The wait is officially over in the U.S. for Abbott’s Freestyle Libre 2 iCGM. The Abbott Park, IL-based company received a nod from FDA to launch the blockbuster product, which can be used in adults and children over four-years-old over 14 days.

Marc Taub, PhD, is divisional vice president of Technical Operations for Abbott's diabetes business, who was a technical lead in the development of the first generation of the Freestyle Libre, spoke with MD+DI about the technology and the high demand for the product.

“It’s been incredibly satisfying to watch how it’s grown,” Taub told MD+DI. “There are more than two million people using it across the globe. So, there is a lot of pent up demand waiting for the Freestyle Libre 2 system. We’re proud to be able to bring it to the U.S.”

The first generation of the Freestyle Libre won FDA approval in 2017. The device was called a game-changer for continuous glucose monitoring because it could be used as a replacement for blood glucose monitoring (BGM) for adults.

The second generation of the device differs because, in addition to having a pediatric indication, it has Bluetooth capabilities and optional alarms.

“It’s a real leapfrog in CGM technology,” Taub said. “It has best-in-class accuracy with 14-day performance. It measures glucose every minute. It also introduces optional alarms to the Freestyle Libre platform of products which is great. Now patients with diabetes can understand when their high glucose threshold or low glucose threshold automatically. The system alarms and tells them to scan to see what their glucose level is. With each reading, they see what their glucose value is and what direction it’s heading…”

The device will be launched in the coming weeks and will be available at pharmacies and durable medical equipment suppliers.

Abbott’s device is worn on the back of the upper arm and measures glucose every minute to help users and their healthcare providers make informed treatment decisions. With a one-second scan using a handheld reader, users can see their glucose reading, trend arrow, and eight-hour history. It is also designed for use with a mobile app, which Abbott is working to bring to the U.S. market.

Recently, at the American Diabetes Association’s (ADA) 80th Scientific Sessions, the company presented data from a study of the Freestyle Libre system.

In the study, researchers assessed changes in HbA1c levels in people with type 2 diabetes who were either on long-acting insulin or non-insulin therapy. They analyzed HbA1c levels from baseline to six months and baseline to 12 months after initiating the use of the Freestyle Libre system.

The results demonstrated overall lower HbA1c levels associated with the use of Abbott's technology, specifically a 0.8% drop after six months (from 8.5% to 7.7%) and 0.6% drop after one year of Freestyle Libre system use (from 8.5% to 7.9%) – clinically significant reductions of average glucose levels over time toward the ADA's recommended A1c goal of 7% for adults with diabetes.

"The real-world results are among the first studies that show the use of the Freestyle Libre system can deliver a substantial reduction in HbA1c levels for those with type 2 diabetes, whether using insulin or not," Eden Miller, MD, one of the lead investigators of the study, said in a release. "These data highlight how use of Abbott's continuous glucose monitor could be game-changing for people beyond intensive insulin users, translating to broader use of the technology to benefit all those living with diabetes, no matter where they are in the spectrum of care."

“Freestyle Libre 2 has added that improved accuracy and addition of alarms – and we’ve really seen a tremendous uptick of the product in all the markets that we’ve launched in,” Taub said. “We expect to continue that momentum in the U.S. as well now.”