HomeMarketsDiabetesInsulet Set to Have a Major Leadership Change in June
Recent
Markets
J&J MedTech Lands Clearance for INHANCE Shoulder System
May 19, 2022
The Robot Will Do Your Angioplasty Now
May 18, 2022
XACT Is Changing the Tone of Robotics in Healthcare
May 18, 2022
Medtronic Touts Cusp Overlap Technique in TAVR
May 18, 2022

Insulet Set to Have a Major Leadership Change in June 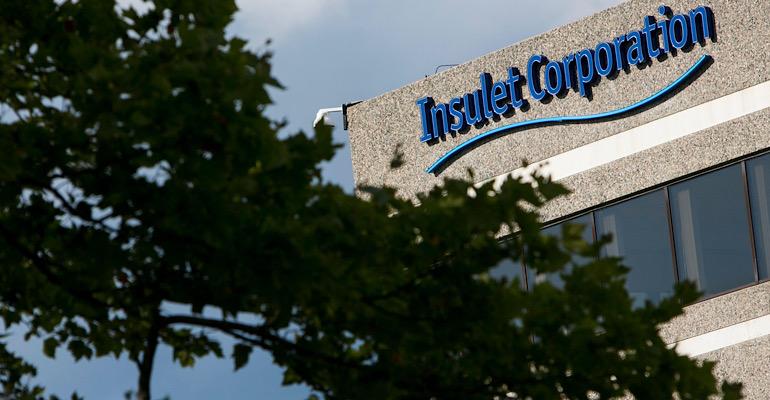 The Acton, MA-based company’s President and CEO, Shacey Petrovic is stepping down next month and a high-level executive from ResMed will take the helm.

Insulet, a major player in diabetes, is undergoing a massive leadership change. The Acton, MA-based company said that its President and CEO Shacey Petrovic is stepping down for personal family reasons, effective June 1.

Jim Hollingshead, who currently serves as president of the Sleep and Respiratory Care Business at ResMed will replace Petrovic on June 1. Petrovic will serve as an advisor to the Company through May 2023 to support the leadership transition and Insulet’s continued growth.

Hollingshead has served as an independent member of Insulet’s Board of Directors since 2019.

“It has been an honor to serve as Insulet’s CEO and to have been part of this remarkable team for more than seven years,” Petrovic said in a release. “After careful consideration over some time, I have made the very difficult decision to reduce my professional obligations in light of family medical issues and other circumstances that have been impacting those I care about. I am extremely proud of what we have accomplished in my time as CEO. We have made significant strides to improve the lives of people with diabetes, while enhancing Insulet’s ability to innovate and operate with excellence.