How to Succeed in the Diabetes Device Space 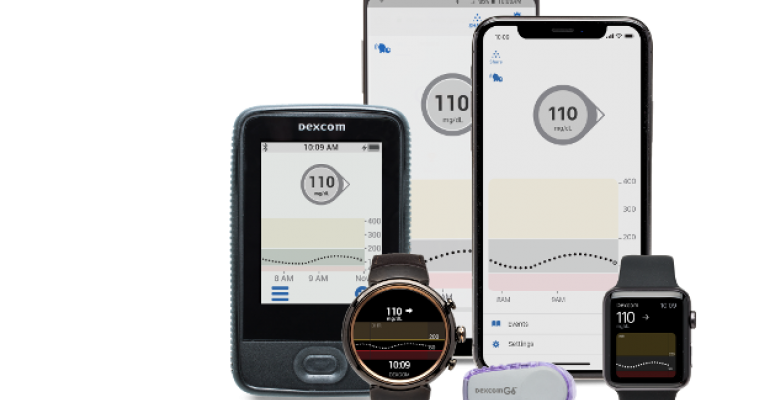 Dexcom's G6  is the first CGM system allowed by FDA to be used as part of an integrated system with compatible devices and electronic interfaces, including insulin pumps, blood glucose meters, and other devices.
Diabetes presents a huge market for medical device makers, but challenges such as a tough competitive landscape and relatively low profit margins make it anything but a sure bet.

Although J&J plans to close the doors on its diabetes business, other companies thrive…or at least break even. Success in this competitive space takes flexibility, a commitment to the long game and a deeper commitment to the patients themselves.

Unfortunately, diabetes devices have plenty of potential customers. More than 100 million Americans now live with diabetes or prediabetes, and more than six million use insulin.

And the diabetes device market overall is growing. One report predicts a 5.3% compound annual growth rate from 2017 to 2022, with numbers expected to hit $26 million or more by 2022. So why did J&J get out?

"The insulin pump business may have been a high growth business for [J&J] but less profitable," said Danielle Antalffy, managing director, medical supplies and devices, for healthcare investment firm Leerink. "Insulin pumps have a 50% or 60% profit margin, which is lower than other devices. And they were competing with Medtronic, which is the leader, as well as Tandem and Insulet. There was nothing to differentiate the Animas pump."

Glucose monitoring devices also have profitability issues. In 2011, Medicare launched a Competitive Bidding Program that, among other changes, caused glucose test strip prices to drop by about 72% in 2013.

"You can't bring products to the diabetes market without building strong support infrastructure and scale," said Suzanne Winter, vice president for the Americas Region for Medtronic's Diabetes Group. "Medtronic also takes a holistic approach. We really try to understand patient needs across the spectrum, from pediatric type 1 to type 2 and prediabetes. That approach, as well as our commitment to value-based product development and to making a meaningful contribution, have kept us successful."

As testament to their strength, when J&J announced plans to close Animas, it offered to help its 90,000 or so patients transfer to Medtronic products.

"We're thrilled Johnson & Johnson chose Medtronic as their partner," Winter said. "It's a tremendous endorsement that we take very seriously. "We're working closely with patients to help them transition to our products so they can continue to receive care. It's never easy when someone leaves the industry. We're grateful to have the support and scale to take over their patients."

Get Ready to Innovate

In addition to being able to provide the service and support consumers expect, device manufacturers have to stay nimble to react to ongoing advances in technology. In the CGM space, FDA recently allowed marketing of the Dexcom G6 CGM system. It's the first CGM system allowed by FDA to be used as part of an integrated system with compatible devices and electronic interfaces, including insulin pumps, blood glucose meters, or other devices.

"It's superior to anything on the market," said Tandem executive vice president and chief administrative officer Susan Morrison. "With prior devices, you couldn't dose insulin based on values from the sensor. Now you can dose off the CGM values, which is huge for the industry."

Tandem's t:slim X2 touchscreen insulin pump integrates with the Dexcom G5. The CGM sends information directly to the pump rather than to a separate device, which allows users to make decisions from one device. Users of Tandem's prior model, t:slim X2, can add CGM integration via a remote software update.

Morrison said strategic partnerships, such as Tandem's relationship with Dexcom, have played a role in the company's growth. "As Dexcom offers new technology it further strengthens our overall system," she said. "We partner with other organizations and technologies to bring the best possible products to market."

For Tandem, bringing the best possible products meant years of market research to figure out how to make a more user-friendly insulin pump. Despite the advantage of delivering a steady stream of insulin, only about 350,000 Americans with diabetes use pumps according to a 2016 review.

Responding to customer demands for an easy-to-use, easy-to-control device, Tandem developed a pump with a rechargeable battery, a small profile, and a touchscreen interface that operates much like a smartphone. Remote software updates make upgrades easier for the patient and more cost-effective for Tandem.

"We can add new features more quickly," Morrison said. "When we release a new model we don't have to physically swap out the pumps, which gets expensive. With ours, it's a software update."

Whether it's by having a nimble operation like Tandem or a strong infrastructure like Medtronic, diabetes device companies have to continually innovate to stay in the game.

Medtronic's MiniMed 670G system, approved by FDA in September 2016, is a hybrid closed-loop system that automatically monitors blood sugar and adjusts basal insulin doses. It's currently designed for people with Type 1 diabetes. "We have 30,000 patients on product to date," Winter said. "We're getting incredibly positive feedback that it's changed the quality of their lives wonderfully."

For companies that have the foundation, now is an exciting time for diabetes devices, provided they relish competition. "The diabetes space is as dynamic and as exciting as ever," Antalffy said. "Device companies are making great progress in developing accurate technology that allows patients to better manage their disease. These advances help prevent long-term comorbidity and make living with diabetes easier."