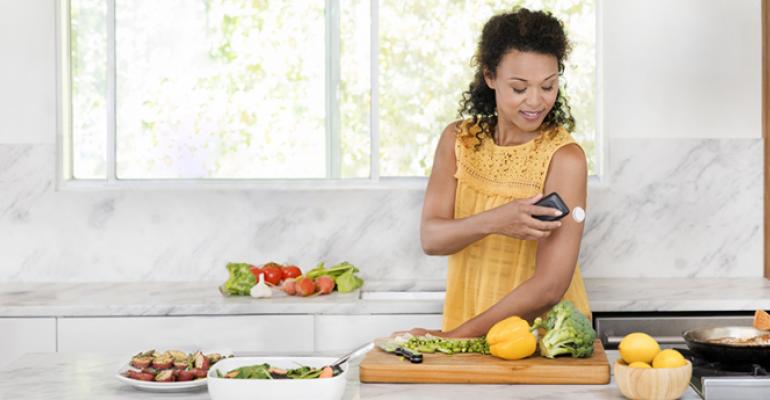 The diabetes market has experienced two shake-ups in as many months – first with Bigfoot Biomedical and Abbott Laboratories’ partnership announcement in July, and now with FDA’s approval of Abbott’s FreeStyle Libre Flash glucose monitoring system as a replacement for blood glucose monitoring (BGM) for adults.

The approval is largely considered a major win for Americans with diabetes because it eliminates routine finger sticks, which have been the standard of glucose testing for more than 40 years.

The BGM replacement indication means people with diabetes and their doctors can now make treatment decisions based on information from the FreeStyle Libre system, without the need for routine finger sticks. The approval of this indication came much earlier than most analysts expected.

“It was very interesting to us that the Libre was approved on a standalone basis. We don’t require it to be approved in order to embed it within our system,” Jeffrey Brewer, co-founder and CEO of Bigfoot Biomedical, told MD+DI. He explained that FDA reviews systems as a whole, rather than by individual components.

“That said, it’s great that the FDA has embraced what is a really big leap in technology,” Brewer said. “The idea that you don’t have to prick your finger and calibrate a sensor makes it so much safer, so much easier to use, and so much more patient-friendly.”

Brewer is all too familiar with the fears and frustrations of managing Type I diabetes. His son, Sean, was diagnosed with the disease in 2002 at the age of seven. Since then, Brewer has become a staple in the diabetes community, first as CEO of the Juvenile Diabetes Research Foundation, and now as a co-founder and CEO of Bigfoot Biomedical.

“My son’s life has been significantly diminished in its quality by having this stupid disease, Type I diabetes,” Brewer told MD+DI. “It’s just too hard. It’s not a reasonable expectation that people, all day long, should have to think about data and be their own doctor, giving themselves [insulin] and the right amount, which varies all the time.”

In July, Bigfoot took the industry by surprise by choosing Abbott over DexCom as its technology partner for its initial launch. DexCom’s shares crashed more than 36% this week after Abbott’s FDA approval was announced.

Steve Pacelli, executive vice president of strategy and corporate development at DexCom, told MD+DI the company could not comment on the recent news because it is currently in a quiet period. Management will provide an update on DexCom’s product pipeline during the company’s next earnings call, he said. During the company's previous earnings call on July 30, Pacelli said the company has been competing quite favorably in markets where it has robust reimbursement.

"Take Abbott in particular, in the markets where we're paid for, we're seeing quite a few Abbott customers shifting over to the DexCom platform," Pacelli said, adding that the company's clinical data "clearly demonstrates that our sensors are just much more accurate than anything else available on the market."

For Bigfoot, the decision to partner with Abbott was easy. The FreeStyle Libre sensor is one piece, lasts up to 10 days, and is very simple to insert, Brewer said. The sensor is worn on the back of the upper arm and glucose readings can be captured using a small hand-held reader.

“It’s like a stamp. It’s just easy,” he said. “And that is a big thing for people who have a chronic disease that requires them to do so much planning and maintenance of the devices, and tests, and looking at data, and giving themselves a drug. Every bit of that sucks life and energy out, and it also is infused with a lot of fear because it’s a high-stakes thing, deciding how much insulin to give yourself.”

Libre requires less work on the patient’s part as it is, but Bigfoot plans to take that a step further by tying together sensors and insulin delivery (whether that’s through shots or pumps) in a smartphone-based solution that analyzes the data on the user’s behalf to help them manage their disease in as few steps as possible.

“Abbott is a company that thinks about that person, thinks about my son and making his life better, and Bigfoot is on top of that and going to do more,” Brewer said. “But we need more of that in healthcare. It’s not what the doctor imagines the patient needs that is the answer, it’s what the person can live with and use and feel good about.”