HomeMarketsDiabetesEmbecta Is the New/Old Kid on the Block in Diabetes
Recent
Markets
J&J MedTech Lands Clearance for INHANCE Shoulder System
May 19, 2022
The Robot Will Do Your Angioplasty Now
May 18, 2022
XACT Is Changing the Tone of Robotics in Healthcare
May 18, 2022
Medtronic Touts Cusp Overlap Technique in TAVR
May 18, 2022

Feds Crack Down on Reused Rectal Probes
May 18, 2022
Paige Wins CE-IVD & UKCA Marks for AI that Detects 4 Prostate Cancer Biomarkers
May 18, 2022
Europe’s Largest Commercial Lab Building to Be Built at Canary Wharf
May 18, 2022
Stryker Is Smart to Pursue This Type of Reimbursement
May 18, 2022
Let’s Talk Medtech
brought to you by

Embecta Is the New/Old Kid on the Block in Diabetes 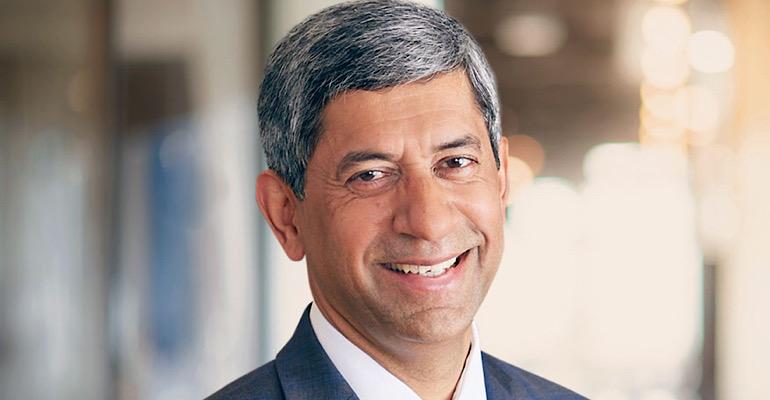 Embecta’s CEO Devdatt Kurdikar joins us for this episode of Let’s Talk Medtech, to discuss being spun out from Becton Dickinson and how its rich history gives it an advantage in the diabetes market.

Nearly a year ago, Becton Dickinson and Co. said it was spinning off its diabetes care business into a publicly-traded company. The end result was Embecta – a new company with a rich history that dates back to 1924, when BD introduced the world’s first specialized syringe.

Devdatt Kurdikar joins us for Let’s Talk Medtech to discuss his goals for the company and how it can effectively compete in the diabetes market.

Devdatt on BD's rationale for spinning out Embecta:

“Even though [BD] has been around for 125 years, you know, over the past, call it decade or so, hence quite transformed itself. It acquired Carefusion … acquired Bard.  And so now within BD, Diabetes Care competes with these organizations, other businesses for investment intention. As I said before, though, diabetes as a space is one that's large, growing, and has an unmet need. And so the thesis here is that as an independent business, Embecta could better focus on the unique needs of people living with diabetes. We, as an independent company, can attract and deploy capital recruit talent, and allocate resources. We could spend more time on business development, innovation, and product development.”

On Embecta drawing on its rich history as an advantage in the market:

“We are extremely proud of our nearly 100-year history in diabetes. You can imagine once you've been in the business for 100 years. You create a reputation of quality, trust, and innovation. It's really hard for somebody to just come and copy. Insulin was first used to treat diabetes in January of 1922, a little over 100 years ago.”

“In 1924, we made the first specialized insulin syringe and we have been innovating and making injection devices for the delivery of insulin ever since. We made the first disposable insulin syringe. Introduce pen needles, which are now standard around the world. We developed the first safety pen needle that protected caregivers from accidental needle stick injury, and we introduced the host of innovations on pen needles that allowed people with diabetes. To inject themselves while reducing their discomfort and still allowing for the more efficient administration of insulin, these innovations are extremely important to people who need to inject themselves with insulin, sometimes several times a day, and so you put this all together and you can't help but be proud of the legacy that this business has in the diabetes space.”

On key goals and plans for the coming year:

“[Embecta] will invest in greater innovation and R&D. We are positioned or we continue to be well-positioned to give people with diabetes the knowledge and tools they need to manage diabetes. In addition, we will be looking for strategic acquisitions and partnerships.”