Diabetes Was Powerful Force Behind Telemedicine Boom During the Pandemic 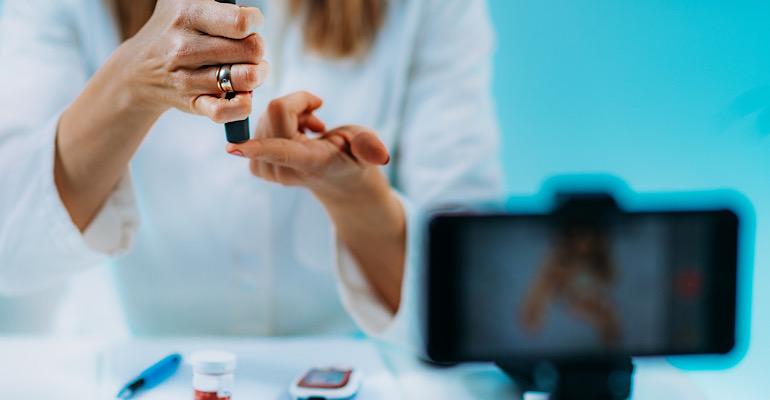 The significance of diabetes management technology’s role in driving telemedicine to the forefront during the pandemic was discussed at an American Diabetes Associations 81st Scientific Sessions press conference.

More than likely, there is universal agreement that there was a rise in the use of telemedicine applications during the pandemic. But what probably hasn’t been discussed is the kinds of applications that helped push telemedicine to the forefront. During a press conference at the American Diabetes Associations (ADA) 81st Scientific Sessions, a panel discussed the impact of diabetes management on telemedicine.

“[Telemedicine] has been a lifeline during the pandemic,” said Robert Gabbay, Chief Scientific and Medical Officer for ADA, while responding to a question posed by MD+DI at an ADA press conference. “We had to move toward remote care models. Our sincere hope is that it is here to stay.”

During the pandemic, continuous glucose monitoring technologies played a significant role in telemedicine. At the onset of the pandemic, Dexcom’s CGM technology was making an impact, and how the company saw a change in the use of its technology.

On Monday, MD+DI spoke with Kevin Sayer, Dexcom’s CEO about a variety of topics that included CGM’s role in telemedicine.

“Our patients have the ability for their data to go straight to the cloud from the phone app – as long as they give the caregiver and the physician permission,” Sayer said. “We’re very strict on the cybersecurity side. They can pull those reports up and you can have a very meaningful telehealth visit with your caregiver. When your caregiver can see the amount of time you spend in the appropriate range, they can then make suggestions and recommendations.”

He added that the company’s technology was a tremendous asset during the telehealth phase.”

However, despite support, there were some issues that were discovered. Dr. Ruth Weinstock, President, Medicine & Science for ADA, pointed out a few of those problems during an ADA press conference late last week.

“One problem, during COVID, is that a lot of disparities were uncovered,” Weinstock said. “Some of those disparities were there were people who did not have a computer or smartphone or tablet or did not live in an area that had internet access or had poor connectivity.”

She noted that while there were disparities stakeholders were able to learn from some of these and could make the proper adjustments in the future.

“One thing we learned with telemedicine during this pandemic is that we just need to change our workflows in our clinics,” Weinstock said. “We just need to teach people to upload their devices whether it’s their glucose meters, their continuous glucose monitors, or other devices. If they can do that – for many of them it can be very effective.