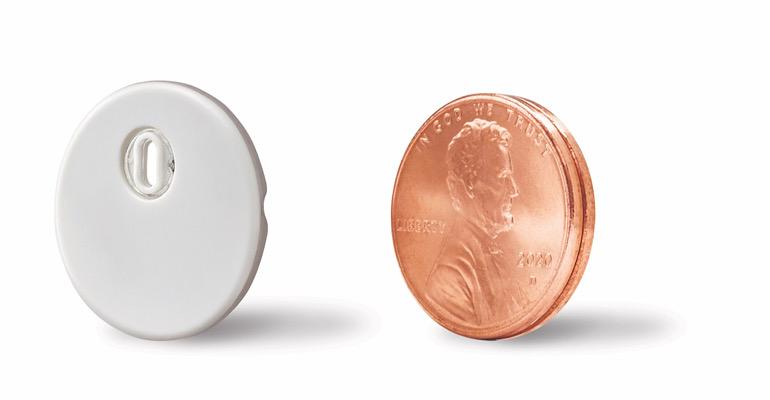 Abbott Laboratories has scored a CE mark for the Freestyle Libre 3. The approval in Europe comes a few months after the Abbott Park, Il-based company won a nod from FDA for a second-generation version of the continuous glucose monitoring (CGM) technology.

The FreeStyle Libre 3 technology provides continuous, real-time glucose readings automatically delivered to smartphones every minute, offering 14-day accuracy in the smallest and thinnest sensor design. The firm said the device is the same price as the Freestyle Libre 2.

Abbott said that it designed its next-generation FreeStyle Libre 3 system to be more sustainable for the environment with a smaller and more discreet sensor, reducing the total volume by more than 70%. With a 41% reduction in plastic use and a 43% reduction in carton paper, the new sensor design aligns with the company's continued commitment to sustainability. The sensor is about the size of a penny.

"Abbott won't stop innovating when there's room to raise the bar,” Jared Watkin, senior vice president, Diabetes Care, Abbott, in a release. “We've done that again with FreeStyle Libre 3, the smallest sensor that delivers life-changing benefits and best-in-class accuracy. People living with diabetes are at the center of our design process, and we made our next-generation technology even more discreet for a better user experience to make managing diabetes as easy and seamless as possible."

The original Freestyle Libre was one of Abbott’s most anticipated devices. The first generation of the device scored a nod from FDA back in 2017 and the news of the approval sent rival DexCom’s shares into shock.

“Libre 3 was widely anticipated – a U.S. study of the system was started this summer – but management had stayed mum on the exact timing of regulatory clearances, Marie Thibault, a medtech analyst at BTIG and a former managing editor at MD+DI, wrote in a research note. “To us, Libre 3 seems easier and more convenient for users than prior versions of the platform, since they no longer need to scan the sensor to receive their glucose reading, history, or trend information.”

She added the new device fits in with the overall picture of CGM’s improving. She noted that the CGM market was healthy enough to support multiple players.

“Both Abbott and competitor DexCom continue to push the CGM field forward with new capabilities, smaller sizes, and entry into new patient populations,” Thibault wrote. “While investors are likely to focus on the competitive dynamic between the two companies and compare device capabilities, we believe there can be more than one winner since there is plenty of room for both players to grow CGM adoption quickly within traditional and new markets.”