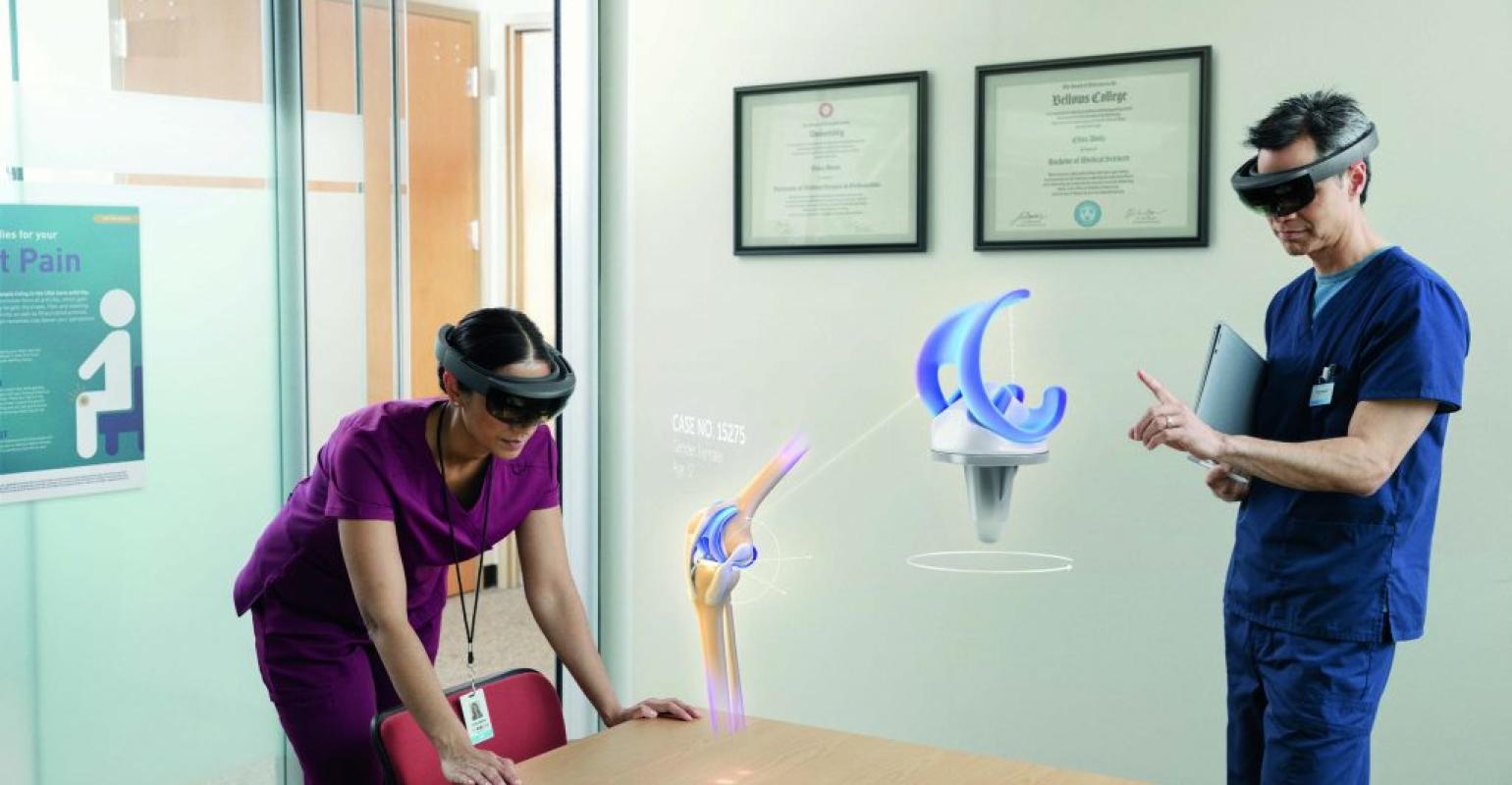 Find out how a design firm took a large-scale medical imaging project from sketch to commercial product within one year using the Microsoft HoloLens for rapid prototyping.

When HS Design was hired to recreate a client's whole-body dermatology imaging system within one year, the product development firm had its work cut out for it.

Canfield Scientific's original imaging system was about 8 feet tall, 8 feet wide, and 3 feet deep and housed 92 cameras strategically placed all around the patient in order to provide a complete view of the patient's skin surface in macro quality resolution with a single capture. Then, the company's software allowed clinicians to map and monitor pigmented lesions and distributed diseases of the skin.

So if a patient returned for a second scan after having gained 20 lbs., Canfield's software would be able to identify that a lesion that appeared to have moved because of the patient's weight gain is actually the same lesion.

"That was great. They had a software that was able to do everything that they wanted it to do," said Bobby Boyer, a senior mechanical engineer at HS Design, during a conference session at BIOMEDevice Boston.

The problem was the way the large-scale imaging system was designed wasn't exactly patient friendly.

"Going into this machine, for the user was a little daunting," Boyer said. "It looked like paparazzi was all around you and all of a sudden you have to go into this thing and stand and it's a little scary. So we were tasked with basically recreating the system, housing all of the cameras into smaller pods that are removable and making sure the alignment was proper and that the users would feel comfortable and confident going into the system."

One of Canfield's requirements for the redesigned system was that one technician would be able to dismantle the system, transport it to Australia, and then reassemble it for imaging.

"That gave us a couple challenges because we had to understand where those part breakups would be so that they could actually put it together, and for it to not weigh a ton," Boyer said. "That also meant that now we had spaces in between those different parts."

So like any good product design firm, HS Design wanted to get user feedback to understand where to place the parting lines, and how the system would ultimately look and feel from a patient's perspective.

"If we wanted to prototype this and build it, it's such a large scale we would have to spend hundreds of thousands of dollars to go to a prototype house, it wouldn't really be in the same material, and it would take months," Boyer said.

The firm didn't have months to spend on the prototype phase because one of the project criteria was to go from sketch to commercial product within one year. Augmented reality saved the day.

The team used the Microsoft HoloLens and input the computer-aided design (CAD) of the system and essentially overlaid it in augmented reality so that users could put on the HoloLens head-mounted display to provide feedback. Then, based on that feedback, they were able to make changes in almost no time at all, reimport it into the HoloLens, and get additional feedback from that same user.

"It's understanding how we can use this new technology in ways that have never been thought of before," Boyer said. "One thing we typically see is design firms will look at AR and say 'yeah, that's nice, but I have no use for it, I don't know how to use it,' so we're looking at it in a different way. We're saying 'we have the technology, how can we use this in our process right now?"

HS Design has found AR especially helpful for those large-scale design products like the one they did for Canfield, Boyer said. The company also has been using the technology to conduct user research and user interfaces.