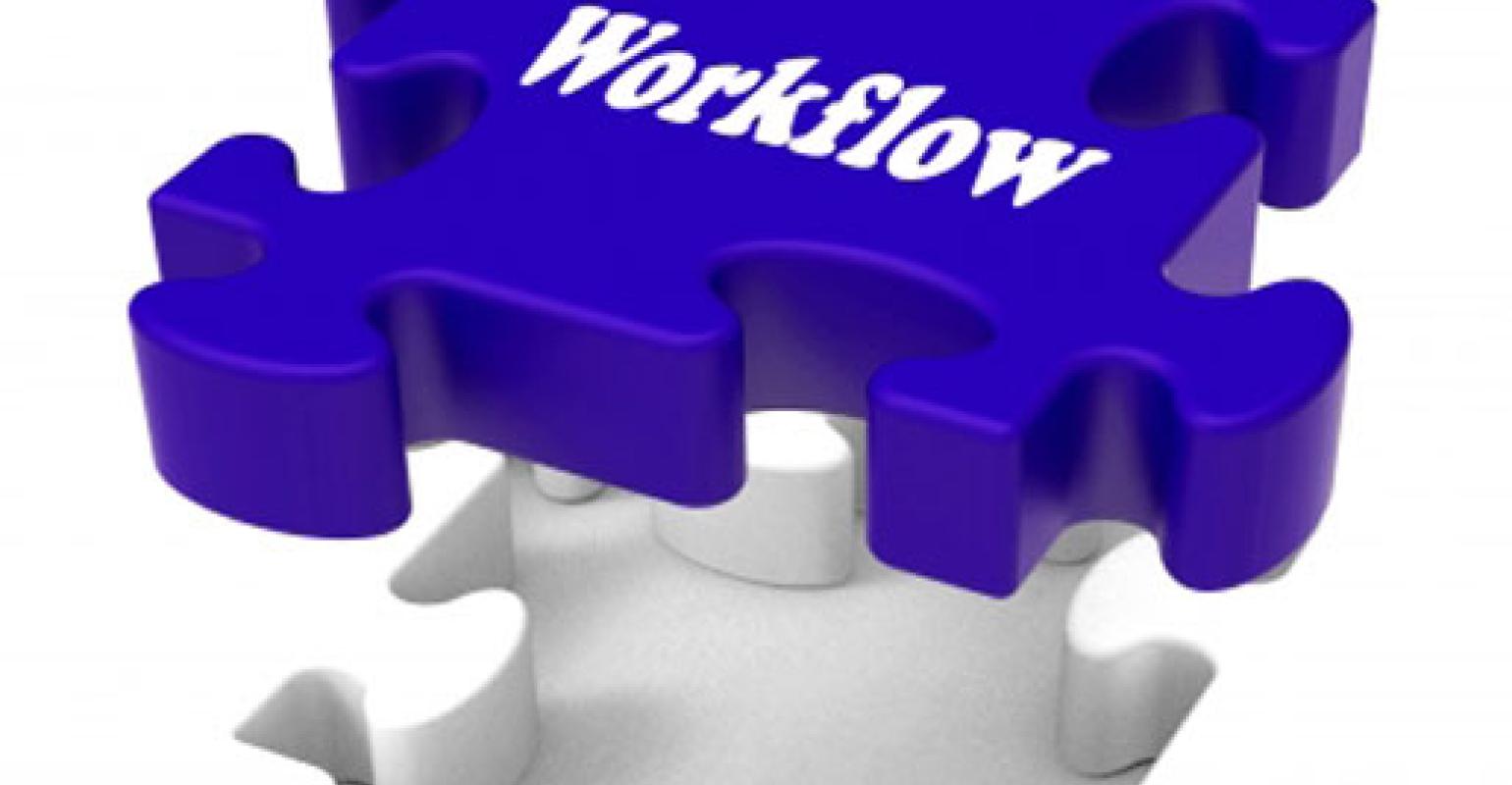 As clinicians, we know that surgical devices need to fit into the flow of a procedure in order to be used frequently. A key example of this is the coblator device, which is used during tonsillectomies. The coblator demonstrates how one company's solution to a simple surgical design problem resulted in widespread adoption despite other potential drawbacks.

Tonsillectomies are one of the most common procedures performed by otolaryngologists. Despite the frequency of the procedure, the authors of a recent study from Michigan State University pointed out that there "is no consensus regarding optimal surgical technique or instrument selection." The most common technique involves the use of a monopolar electrocautery, which applies energy directly to tissues to generate heat and burn the tissue. A newer technique uses the coblator device, which employs low-temperature radiofrequency ablation to break molecular bonds in the tissue. The coblator is used by many otolarygologists even though it costs more than monopolar electrocautery and the data on its benefits are mixed.

Why Do Surgeons Use the Coblator?

The key to grasping the coblator's popularity is understanding the steps of a tonsillectomy surgery. The coblator device, offered by Smith & Nephew, was designed to combine a suction tool, an ablation tool for dissection, and coagulation tool to control bleeding. This combination fits ideally into the tonsillectomy workflow because surgeons often switch between two tools to achieve all of this during the procedure. From a surgeon's perspective, the engineers of the coblator were able to combine two separate instruments that surgeons often use successively during a tonsillectomy.

A monopolar cautery burns in a thin line, like a knife. It is a fine instrument that assists in dissecting the tonsils out of the mouth while leaving the throat muscles untouched. But each tonsil has a number of blood vessels that connect to it and supply the tonsil with blood. When the surgeon inevitably comes across one of these vessels, the thin, knife-like burn of the monopolar cautery is often not enough to stop vessel bleeding. As a result, blood quickly fills the mouth, obscuring the surgeon's view. The surgeon is forced to quickly switch to a suction cautery to remove the blood, regain visualization of the vessel, and then use a more diffuse cone of cautery to coagulate the vessel.

The required switch between the monopolar cautery and the suction cautery takes time, and vessels bleed quickly. While surgical assistants are fast, the surgeon must wait--hand outstretched--for the next device, while watching the patient's mouth fill with blood. In contrast, with the coblator, the suction cautery is already built into the device, so surgeons can simply move their foot to a different controller pedal in order to activate the coagulation tool and stop the bleeding, without ever removing the instrument from the patient's mouth. The coblator allows surgeons to single-handedly control the vessel bleed more quickly, decreasing time and blood loss.

Because of how the monopolar electrocautery works, it cannot simply be combined with a suction cautery, which is why a new device was developed. The designers of the coblator understood the workflow of a tonsillectomy, recognized the need for a combined excising and coagulation tool, and were able to produce a new tool that streamlines the workflow and makes the surgeon more comfortable when performing a tonsillectomy.

What the Data Says

The data on the benefits of coblation are uncertain. The concept behind coblation is that using a lower-temperature method to remove the tonsils should lead to less collateral damage to surrounding tissues. The hypothesis is that decreased collateral damage leads to decreased post-operative pain and better healing. Many surgeons adhere to this line of logic and believe that decreased pain to the patient is worth the extra cost of using the coblator device.

Studies using tissue samples have confirmed that there is decreased depth of tissue injury using the coblator compared to the monopolar cautery. However, a number of studies have also found that there is no significant difference in post-op pain survey scores between the two techniques. Some surgeons argue that the pain-survey results are due to poor study design, and a Cochrane review of studies on coblators cites a lack of strong studies as a potential cause of the uncertainty over the outcomes of the two techniques. Further recent studies still have not settled the debate on post-op pain benefit. Accordingly, the comparative data remains unclear as to how the outcomes of the two techniques compare.

While many surgeons assert that they use the coblator with the intension of decreasing post-operative pain for the patient, a review of the literature suggests that there is also a more visceral reason for their preference: the lack of switching tools gives a sense of decreased patient blood loss. But the data is mixed. While some studies show a significant difference in blood loss, others do not, and there are even concerns raised about higher risks of post-operative bleeding. Additionally, while some argue that surgeons use coblation simply to save time, studies fail to show any significant decrease in operative time.

The coblator device costs more than a traditional monopolar electrocautery. While both devices require a stand-alone controller unit, most hospitals already stock the monopolar cautery controller units, because monopolar cautery devices are used in a number of different surgeries. In contrast, the coblation device requires the purchase of an entirely new controller not typically stocked by hospitals. On top of this, the disposable unit for each procedure costs more for the coblator than for the monopolar cautery. The Thottam et al. study from Michigan State University estimated that the average overall combined cost of both the instrument and the anesthesia for the coblation technique amounted to $244.32 per procedure, versus only $30.04 per procedure for the monopolar electrocautery. It is important to understand that the reimbursement for a tonsillectomy is the same, regardless of which device is used. Because neither the hospital nor the surgeon is paid more to use the coblator device, facilities may actually incentivize surgeons to avoid using the coblator to save the hospital money.

Overall, there is not yet an obvious consensus among surgeons over whether to use the coblator or the traditional monopolar electrocautery. Until more conclusive data can be obtained, each surgeon must ultimately utilize the device that they feel provides the best outcome for their patients. An ideal device would have strong clinical data and save our healthcare system resources. However, even with equivocal data and higher costs, the coblator has gained support among surgeons because of its ability to seamlessly fit into the tonsillectomy workflow and address perceived risks by the surgeon.

Personally, I am more familiar with the monopolar electrocautery device, so I prefer using that tool and my patients do well. Still, whenever I run into a case that requires frequent switching between the monopolar electrocautery and the suction cautery, I can't help but think about the coblator. It is a great example of how engineers understood the needs of the surgeon and developed technology to improve surgical workflow.

Medical device designers and engineers need to understand exactly how a surgeon will interact with their device. For innovators, observing procedures and discovering points of inefficiency, like the tool switching moments in a tonsillectomy, can provide opportunities for improvement. Overall, understanding how to make the healthcare team more comfortable can increase efficiency, and most importantly, benefit the patient.

Manan Shah, MD is a biomedical engineer and current resident in Otolaryngology at the University of Connecticut

Timothy O'Brien, MD is a board certified Otolaryngologist and an assistant clinical professor at the University of Connecticut School of Medicine

The authors have no financial ties, royalties, or relationships with any of the companies or devices in this article.